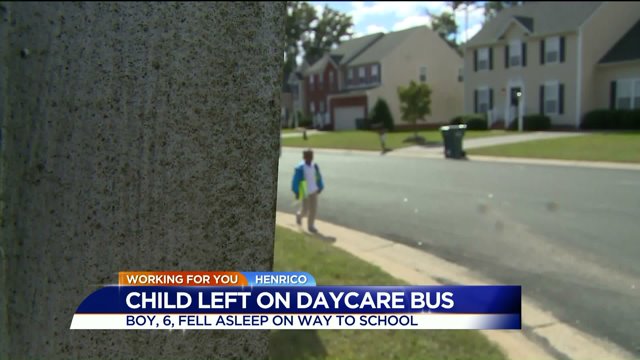 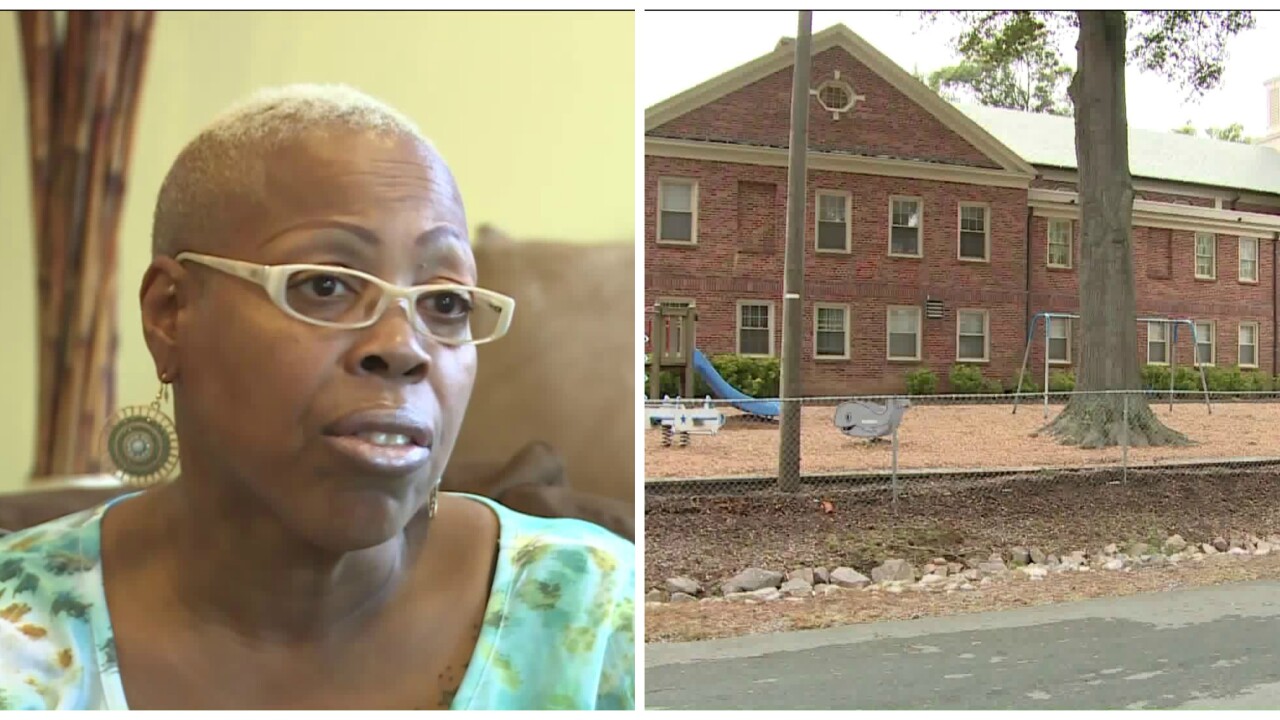 HENRICO COUNTY, Va. -- Two employees of a Henrico church daycare have been terminated after a six-year-old child was left unattended on a school van.

"I keep saying I probably getting in trouble," said the Henrico County first grader.

The Henrico first grader, who his family does not want identified, describes his fears Friday morning after he fell asleep on his Rising Mt. Zion Baptist Church daycare van and never got dropped off at his elementary school.

"I put my book bag down and laid on it and closed my eyes when I woke up then I go see if the door opened and start crying," said the child.  "I got left on the bus."

The six year old woke up where he left that morning, in the parking lot of Henrico's Rising Mt. Zion Baptist Church, but this time without his classmates, the driver or the van monitor.

"He said so I sat on the bus for a little while after I woke up and I was looking around and no one came so I got off of the bus and I was afraid so I got back on the bus," said the child's aunt and legal guardian, Paulette Christian.

Christian said that happened several times before he got the nerve to exit the bus in the pouring rain.

"Then I went out and then I cried, then I went in the daycare," said the child.

He cried by the door of the daycare until he got the attention of a teacher.  It would be 8 hours before Mrs. Christian would learn her nephew was left in the van and only because his Henrico county Elementary school called to inform him of the incident and let her know he was tardy.

RMZ daycare said it called for a van to pick him up to take him back to school but when that was unsuccessful, a teacher ended up dropping him off at school 10:40 Friday morning.

"I can't move past why was no one notified.  I said he's six years old, anything could have happened to him anything," said Christian.

CBS 6 has learned this isn't the first time a child has been left unsupervised.

RMZ daycare was cited last year after a child who fell asleep in a movie theatre was left unattended on a field trip.

An investigation revealed that there was no accounting for children getting on and off the van.

"At the end of the day they are responsible for the individuals who are taking care of our kids," said Christian.

The following statement is being submitted on behalf of the Rising Mt. Zion Daycare Center:

“The Rising Mt. Zion Daycare Board takes the safety of our children very seriously and have implemented strict policies and procedures regarding attendance and van protocol.  Our Daycare staff are trained, regularly, and adherence to these policies and procedures are paramount to the success of our program, and more importantly to the safety of our children.  After finalizing an investigation of the incident that occurred on Friday October 2, 2015, the staff members involved have been terminated from our employment.   We are thankful that the child was not harmed.”​