Ken Cuccinelli ‘not ruling’ out 2017 bid for Virginia governor 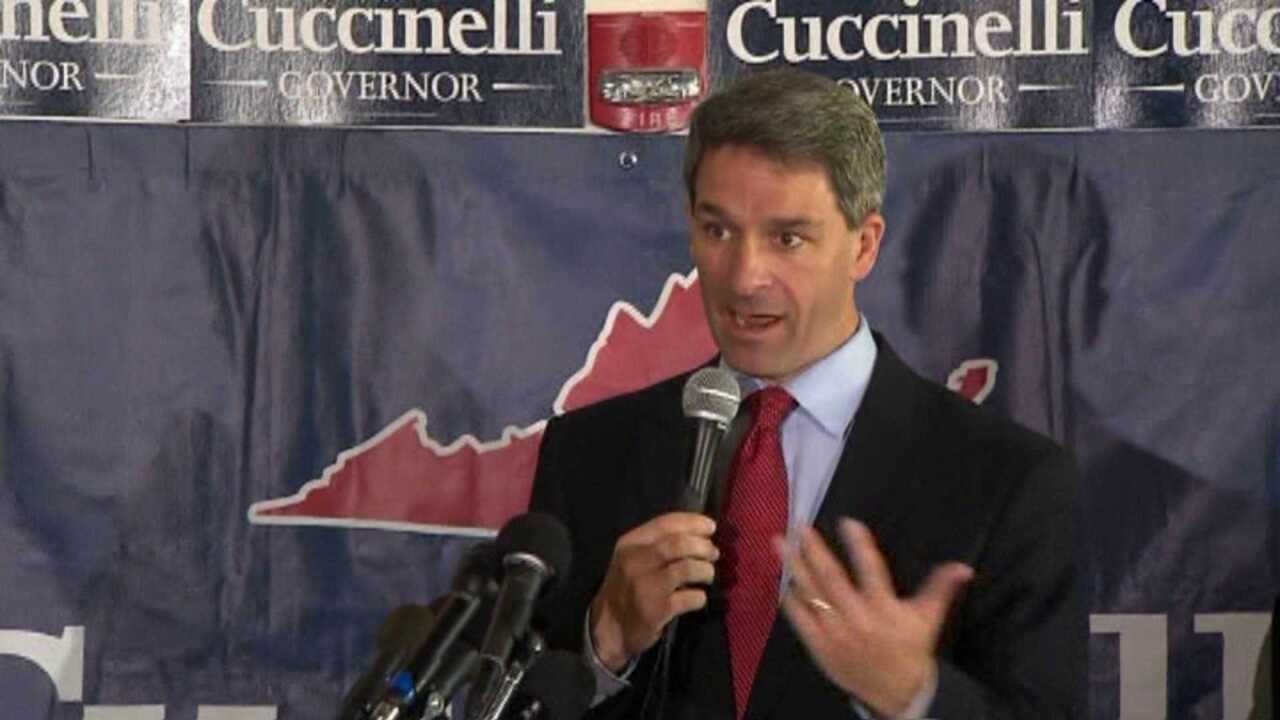 With news that former Republican National Committee Chairman Ed Gillespie is preparing a run for Virginia governor in 2017, former Virginia Attorney General Ken Cuccinelli tells CNN he has not ruled out a run himself.

Cuccinelli, who narrowly lost a race for governor to Terry McAuliffe in 2013, said he and his family are just beginning the decision-making process.

“Look, this is a race that (my wife) Teiro and I have only just begun to think about,” Cuccinelli said. “We are in no hurry about how we are going to react to the news that is developing there.”

The focus on 2017 has increased after Gillespie and his team confirmed steps he’s taking to run for the governor’s mansion Friday.

“Ed is focused on the 2015 and 2016 elections,” said Gillespie adviser Tucker Martin. “But at the same time, he will be begin laying the foundation for a run for governor in 2017.”

Martin said Gillespie will formally launch a campaign for governor “at the appropriate time.”

Gillespie was considered a front-runner for the 2017 GOP gubernatorial nomination after narrowly losing a race for U.S. Senate to Democrat Mark Warner in 2014. Gillespie said many times that he would not run for governor if state Sen. Mark Obenshain, also a Republican, decided to run.

On Monday, Obenshain decided against a run for governor. Obenshain’s political director Nick Collette said that the state senator will not seek any statewide office in 2017.

Gillespie is a close personal friend of Obenshain, and aides say that he genuinely wanted to give the senator an opportunity to decide if he wanted to run for the top spot. In a Facebook post, Gillespie applauded Obenshain’s service to Virginia.

“When you look up ‘Republican establishment insider’ in the dictionary, you’ll find Ed Gillespie’s picture,” said Democratic Governors Association spokesman Jared Leopold. “That’s bad news in this electoral environment — and it means Ed Gillespie will have to cozy up to the tea party in order to survive the VA GOP caucus.”

While Gillespie will avoid a challenge from Obenshain, his path to the GOP nomination would be difficult if Cuccinelli ultimately decided to run. While Gillespie would enjoy a fundraising advantage, Cuccinelli remains popular with the conservative and tea-party wing of the Virginia GOP.

“He won a contested GOP nominating convention for U.S. Senate with relative ease in 2014 and ran a disciplined general election campaign that nearly toppled an entrenched incumbent,” LaCivita said.

In addition to Cuccinelli, businessman Pete Snyder, who lost a race for lieutenant governor, could mount a bid. Other names mentioned include Rep. Rob Wittman and Amerigroup founder and Virginia Beach state Sen. Jeffrey McWaters.

Virginia Lt. Gov. Ralph Northam is expected to run for governor as a Democrat. Last month, Herring announced he would not run for governor and instead run for re-election as attorney general, avoiding a messy Democratic primary.