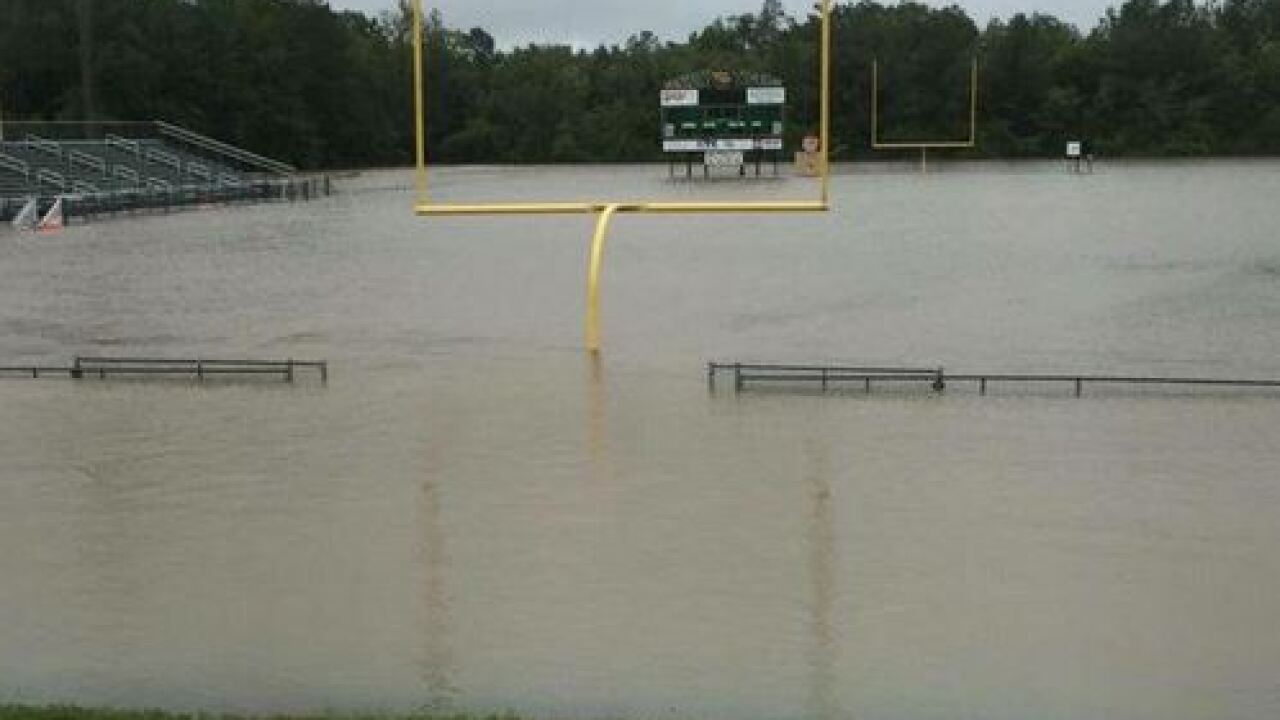 COLUMBIA, South Carolina — This is the kind of deluge that might happen only once every 1,000 years. South Carolina is grappling with historic flooding that has led to several deaths, shut down interstates and sent search crews scrambling to rescue those trapped by rising waters.

“This is an incident we’ve never dealt with before,” Gov. Nikki Haley said.

The hardest-hit swath of South Carolina stretches from the capital city of Columbia, right in the middle of the state, all the way to the coast, from Georgetown down to Charleston.

On Sunday, Columbia endured its rainiest day in history, according to the National Weather Service. And much of Charleston was pummeled by two feet of rainfall.

Please keep the residents of Peppercorn Ln in your thoughts. pic.twitter.com/84RbNWtdwV

We're updating this page throughout the day with the latest from #SCFlood. http://t.co/0y3750DzB8 #thestate pic.twitter.com/J2J0jr0nWo

Crazy floods here in SC! Outside my house. What happened to the street? #SCFlood pic.twitter.com/HppYx3H97V

Sometimes the @myfox8 anchors decide they need a bath in the middle of the day. @FOX8CindyFarmer pic.twitter.com/Wj7Zqlh3g1