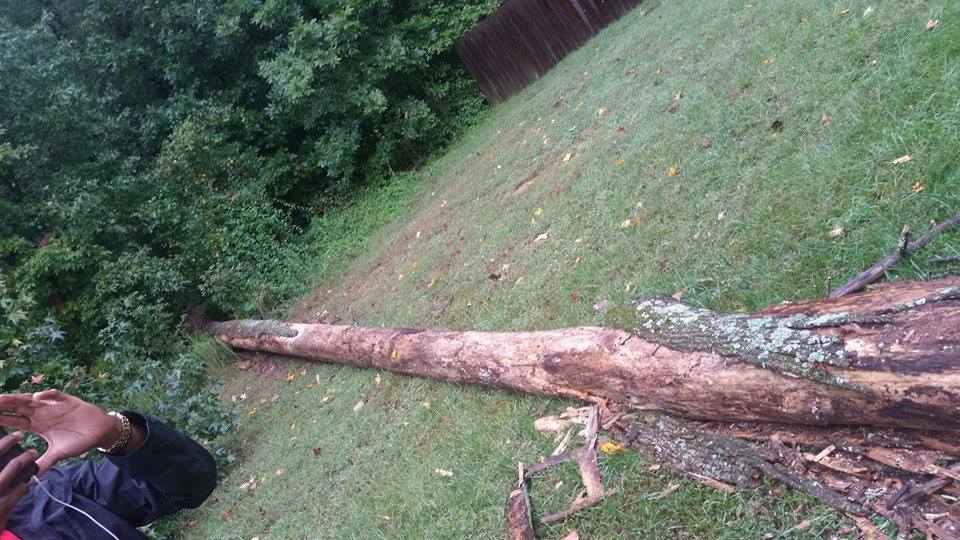 HENRICO COUNTY, Va. – There were some scary moments for one Glen Allen family after heavy winds blew a tree into their home Sunday.

Photos from Kareen Sophia show a tree that fell from the woods in her backyard into the house.

The tree created a large slash along the side of the house. The tree also damaged the air conditioner and left a hole in the ceiling which sent part of the tree and debris into her 8-month-old daughter’s crib.

No one was injured and the family is staying in a staying at a  nearby hotel.

“We are lucky the storms passed us by, otherwise this scene will have been repeated throughout the city as our ancient tree canopy fails mightily,” CBS 6 Photojournalist Jack Rusak wrote.

Tree down on West Club Lane in Henrico

And a fallen tree also caused delays along I-64 east not far from Bottoms Bridge Sunday afternoon. The interstate was shutdown for a brief time while crews removed the tree.  Traffic was able to get by on the shoulder, but traffic was backed up for more than a mile.