Gay priest to be stripped of duties at Vatican 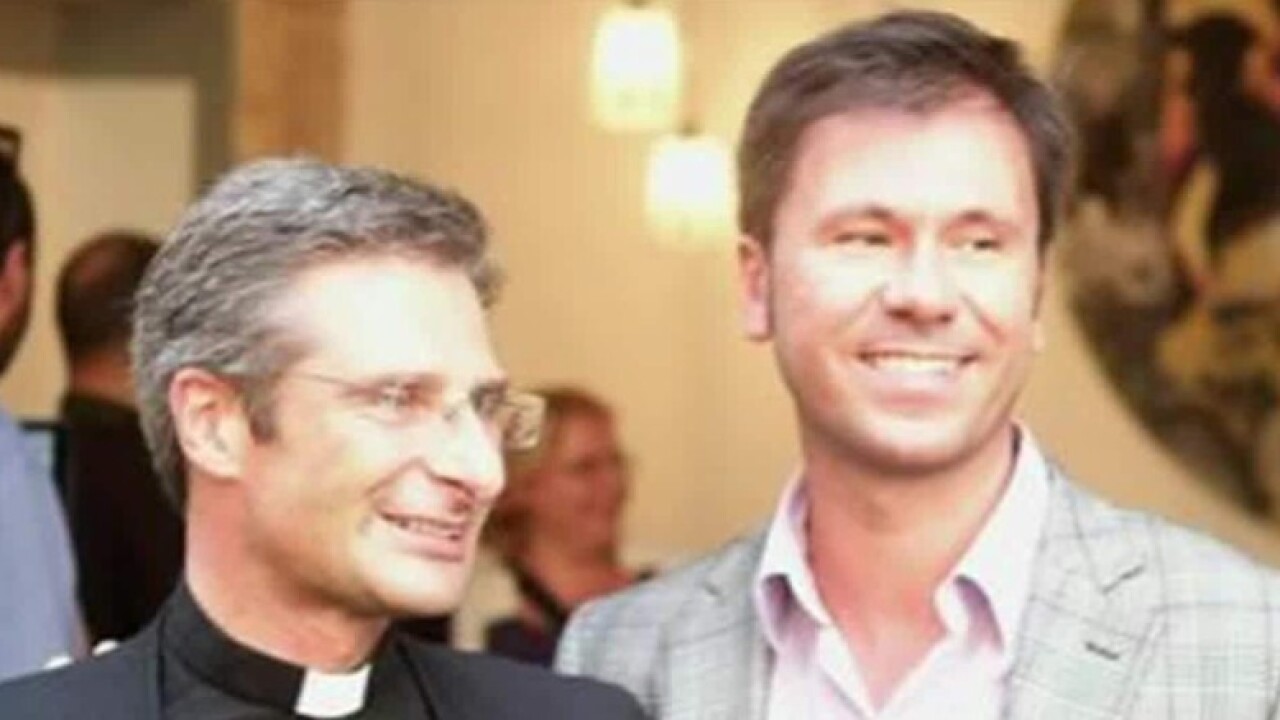 ROME — A Polish priest who served with the Vatican’s doctrinal arm will no longer be able to carry out his duties after announcing he is gay on the eve of a major church meeting, a Vatican spokesman said.

With his partner at his side, Monsignor Krysztof Olaf Charamsa held a news conference Saturday in Rome, calling on Pope Francis to revise Catholic doctrine on homosexuality, which considers same-sex relationships sinful.

Charamsa, 43, said the timing of the announcement was intended to put the topic before the Synod of Bishops. The three-week assembly of bishops from around the world beginning Sunday will address issues facing Catholic families.

“My decision of ‘coming out’ is a very personal decision in the homophobic world of the Catholic Church. It has been very difficult and very hard. I ask that you keep in mind this reality that is difficult to understand for anyone who has not lived through an identical passage in their own life,” Charamsa told reporters.

“The timing is not intended to pressurize anyone, but maybe a good pressure, in fact a Christian participation, a Christian voice that wants to bring to the synod the response of the homosexual believers to the questioning of Pope Francis.”

In an interview with CNN on Sunday, Charamsa called the 48 hours since coming out as a gay man “the second day when I feel freedom, peace and happiness for being near the will of God for my life.”

His path, he said, was one of understanding his orientation, his nature and to reflect about.

“Now I can say I am a happy priest. Now I am transparent,” he said.

His sexual orientation was given to him by God, Charamsa said, who called it a project from God to him to understand and to share his reflection with others.

“My decision of coming out is my gift as a gay priest for others,” he said.

Since 2003, Charamsa has been a member of the Congregation for the Doctrine of the Faith, which is tasked with promoting and defending Church doctrine. Born in 1972 in Gdynia, Poland, Charamsa also serves as assistant secretary of the International Theological Commission and teaches theology at two of Rome’s Pontifical universities, the Gregorian and the Pontifical Athenaeum Regina Apostolorum, according to Vatican Radio.

“Every homosexual person is a son of God,” he said. “This is the will of God for our life, also for my life with him.”

The public revelation from a senior priest associated with the Vatican is a direct challenge to the Church’s “don’t ask, don’t tell” attitude toward homosexuality, experts observed. Charamsa’s admission presents two issues: his sexual orientation and his apparent violation of his celibacy vow in acknowledging he has a partner.

“Most objectionable of all, for the Vatican, was the publicity he sought out, with the expressed desire to influence the outcome of the Synod of Bishops on the Family,” journalist John Thavis, author of “The Vatican Diaries,” wrote on his blog.

While showing little inclination to adjust church teaching on homosexuality, Pope Francis has often emphasized mercy over judgment. In 2013, for example, he famously said, “Who am I to judge” gay priests who seek to do God’s will.

He also reportedly met with a transgender man from Spain in January of this year. In his recent visit to the United States, Francis held a private meeting with a longtime friend from Argentina who has been in a same-sex relationship for 19 years. At the same time, the Vatican has refused to recognize France’s ambassador to the Holy See, Laurent Stefanini, who is openly gay.

Following Charamsa’s announcement, the Vatican said in a statement that Charamsa “will certainly be unable” to continue in his role with the Congregation for the Doctrine of the Faith and the Pontifical universities.

Charamsa’s role in the Catholic church will be determined by his superior, known as a diocesan bishop or ordinary, who will carry out an investigation that will be submitted to the Congregation for the Doctrine of the Faith.

“The decision to make such a pointed statement on the eve of the opening of the Synod appears very serious and irresponsible, since it aims to subject the Synod assembly to undue media pressure,” Vatican spokesman Father Federico Lombardi said.

“Monsignor Charamsa will certainly be unable to continue to carry out his previous work in the Congregation for the Doctrine of the faith and the Pontifical universities, while the other aspects of his situation shall remain the [responsibility] of his diocesean Ordinary.”