Colbert on UCC shooting: ‘I honestly don’t know what to do or say’ 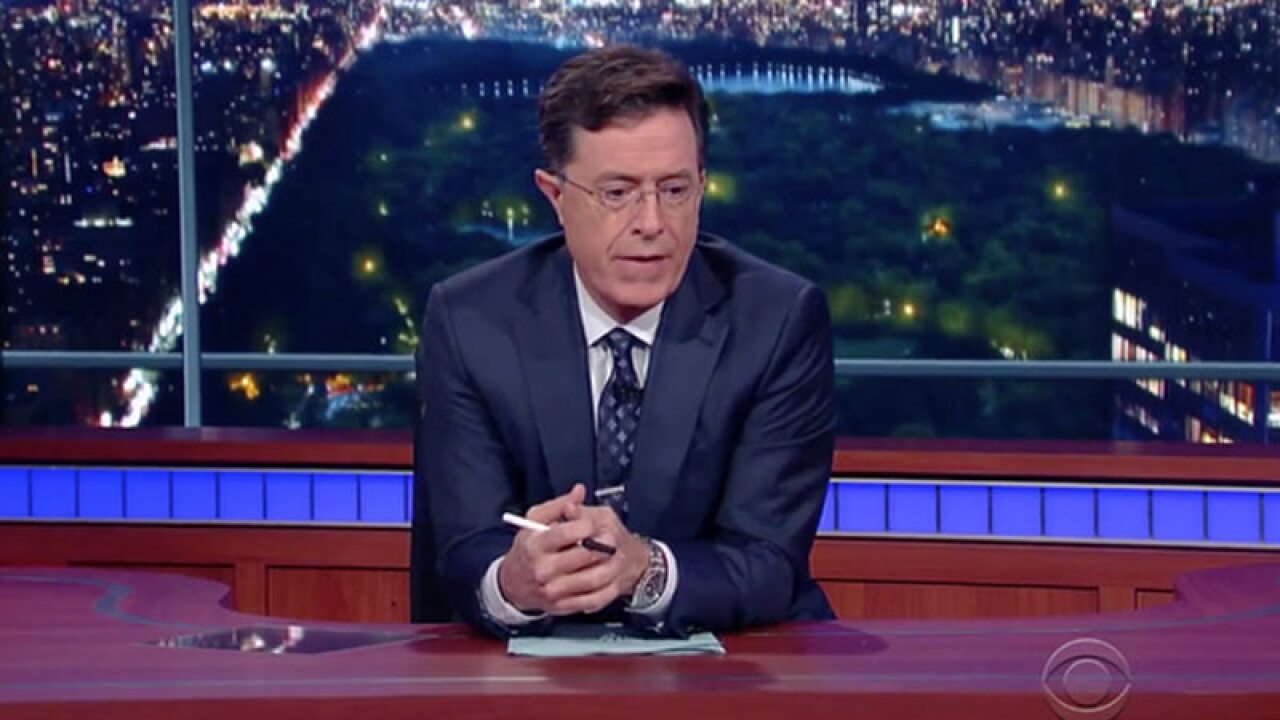 NEW YORK — Stephen Colbert took a brief moment during “The Late Show” on Friday night to address the shootings at Umpqua Community College. It was one of his first poignant moments as host.

“In the face of the killings in Oregon yesterday, I honestly don’t know what to do or say,” Colbert said. “Our hearts are broken for the people struck by this senseless tragedy.”

Colbert added that he couldn’t “pretend that it didn’t happen” or pretend that he knew how to prevent it from reoccurring.

“I think pretending is part of the problem,” Colbert said. “These things happen over and over again, and we’re naturally horrified and shocked when we hear about them, but then we change nothing and we pretend it won’t happen again.”

A dismayed Colbert finished by saying that he didn’t have the answers, but that he knew “that one of the definitions of insanity is changing nothing and pretending that something will change.”

Colbert wasn’t the only late night host who was shocked by the murder of nine people, which took place in Roseburg, Oregon on Thursday.

James Corden, the host of CBS’s “The Late Late Show,” opened Thursday’s broadcast by saying it was “incredibly hard to try and do a comedy show” following the news.

“I can’t imagine what it would be like waving at my son or daughter as they leave that day for college and not seeing them return,” Corden said.

This same tone was also conveyed by Trevor Noah, the new host of “The Daily Show. On Thursday, Noah attempted to speak from the heart, but couldn’t find the words.

“This isn’t a normal situation for me,” Noah said of the shooting. “I haven’t had the time to feel, let alone think about everything that’s happening.”

Noah added that all he could do at that moment was express his grief and do what he does best, which is “try to make people laugh.”