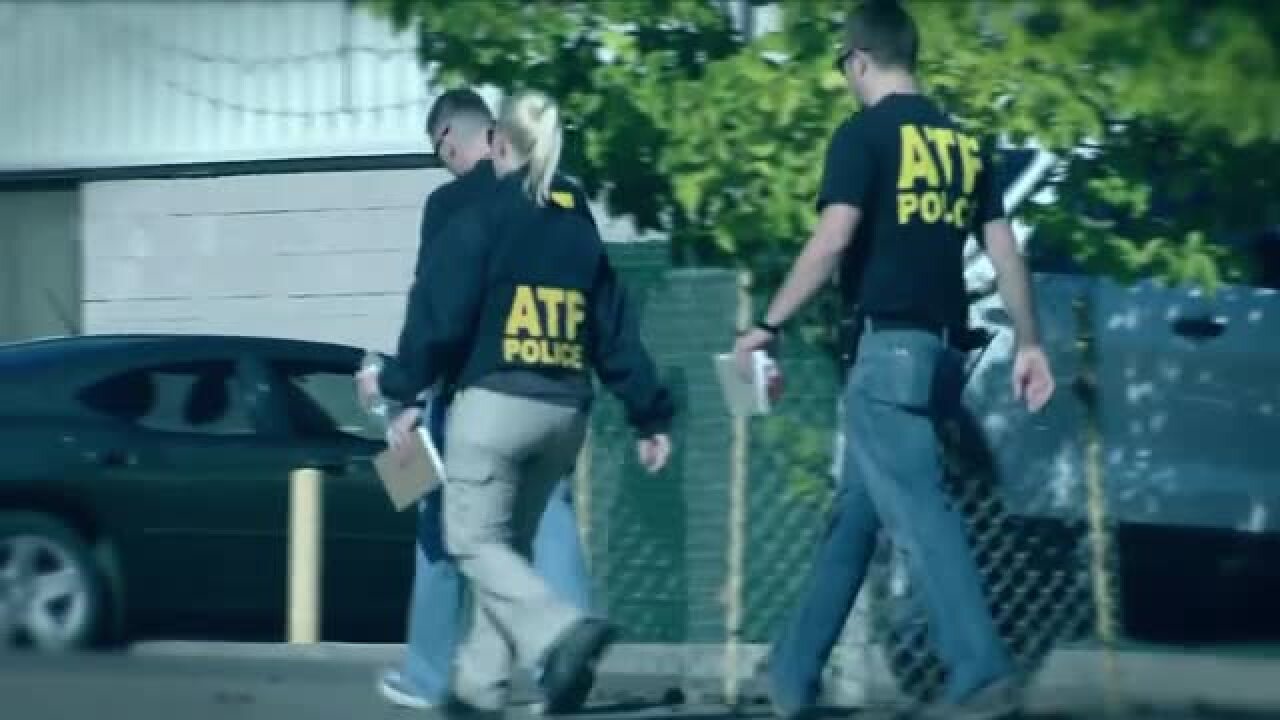 ROSEBURG, Oregon — A man who gunned down nine people at an Oregon community college delivered a box to a survivor during the shooting, a victim said.

Stacy Boylan, whose daughter Anastasia was injured in the shooting, said she told him the gunman “gave somebody a box, somebody who lived, and said, ‘You gotta deliver this.’ ”

Boylan said he doesn’t know what was in it.

“Somebody has a box. I don’t know what that’s about,” he said.

Authorities confirmed the shooter, identified as Chris Harper-Mercer, handed out something during the shooting.

He gave his writings to a survivor and told the person to give them to police, law enforcement officials familiar with the investigation said. They could not confirm whether the writings were in a box.

The writing portrayed the shooter as identifying with perpetrators of past shooting rampages, investigators said, including Elliot Rodger, who killed six people last year in Santa Barbara, California.

Harper-Mercer expressed frustration that other mass killers did not take on police and vowed he would kill them along with others, law enforcement officials said.

Investigators found 13 firearms connected to the shooter, said Celinez Nunez of the Bureau of Alcohol, Tobacco, Firearms and Explosives.

Five pistols and one rifle were found at the college, where the shooter died Thursday after a gunbattle with police. It is not clear if police shot Harper-Mercer or if he turned a weapon on himself.

Police searched his apartment and found two pistols, four rifles and a shotgun, she said.

All the guns were legally obtained by the shooter or family members over the past three years through a federally licensed firearms dealer, she said.

A flak jacket was found next to a rifle at the school with five magazines of ammunition, Nunez said. Additional ammunition was found at the residence.

‘He was a little odd’

Authorities are not providing a motive for America’s latest mass killing, but details are emerging on the shooter.

“He was a little odd, like sensitive to things,” said Rebecca Miles, who took a theater class with him.

The shooter served in the Army from November to December of 2008 at Fort Jackson, South Carolina, but was “discharged for failing to meet the minimum administrative standards,” the Pentagon said.

He attended El Camino College in Torrance, California, from 2010 to 2012, according to a college spokesman.

Harper-Mercer was a student at Umpqua and was enrolled in English and theater classes, said Rita Cavin, interim president of the school.

He initially opened fire in an English class, she said.

Investigators are pursuing blog posts by someone with an email address associated with Harper-Mercer.

The writings include feelings of anger about being isolated and unable to form relationships, law enforcement officials said.

Two officials said that after the shooting, the gunman’s family told investigators that he suffered from mental health issues and had sought treatment.

The writings also reflect an apparent fascination with the Irish Republican Army, one law enforcement official said. A MySpace page believed to belong to the gunman included photos of him and also photos of IRA posters.

No link to organized groups

The posts were left under the user name “lithium_love.” Two of them were specifically about recent shootings — one about Vester Flanagan, who killed two local news reporters in Virginia, and one about an officer slain near Houston in August.

Speaking of Flanagan on August 31, the blog post reads: “I have noticed that so many people like him are all alone and unknown, yet when they spill a little blood, the whole world knows who they are. … Seems the more people you kill, the more you’re in the limelight.”

Investigators have found no indication the shooter was linked with any organized groups.