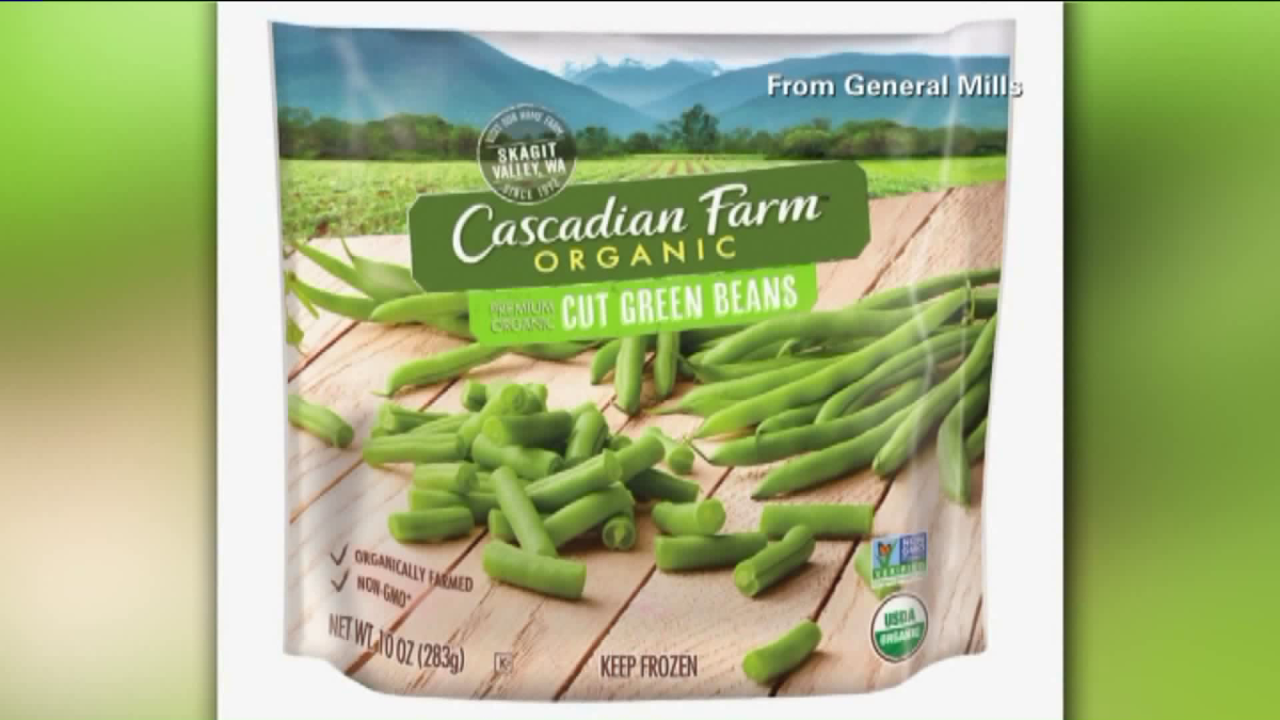 MINNEAPOLIS —  General Mills has announced another recall of a limited amount of frozen Cascadian Farm Cut Green Beans after a package tested positive for Listeria.

The voluntary recall is limited to 16-oz bags of frozen Cascadian Farm Cut Green Beans with the “Better If Used By” date of June 29, 2017.

In late August, the company also recalled 10-oz bags of frozen green beans with “Better If Used By” dates of April 10, 2016 and April 11, 2016 after a package tested positive for Listeria.

No related illnesses have been reported in connection with this product.

Here’s some additional info onListeria from the FDA:

If you eat food contaminated with bacteria called Listeria, you could get so sick that you have to be hospitalized. And for certain vulnerable people, the illness could be fatal.

Contaminated food can bring Listeria into the home. Unlike most bacteria, Listeria germs can grow and spread in the refrigerator. So if you unknowingly refrigerate Listeria-contaminated food, the germs not only multiply at the cool temperature, they could contaminate your refrigerator and spread to other foods there, increasing the likelihood that you and your family will become sick.

Those most at risk for listeriosis—the illness caused by Listeria monocytogenes—include pregnant women, older adults and people with compromised immune systems and certain chronic medical conditions (such as HIV/AIDS, cancer, diabetes, kidney disease, and transplant patients). In pregnant women, listeriosis can cause miscarriage, stillbirth, and serious illness or death in newborn babies.