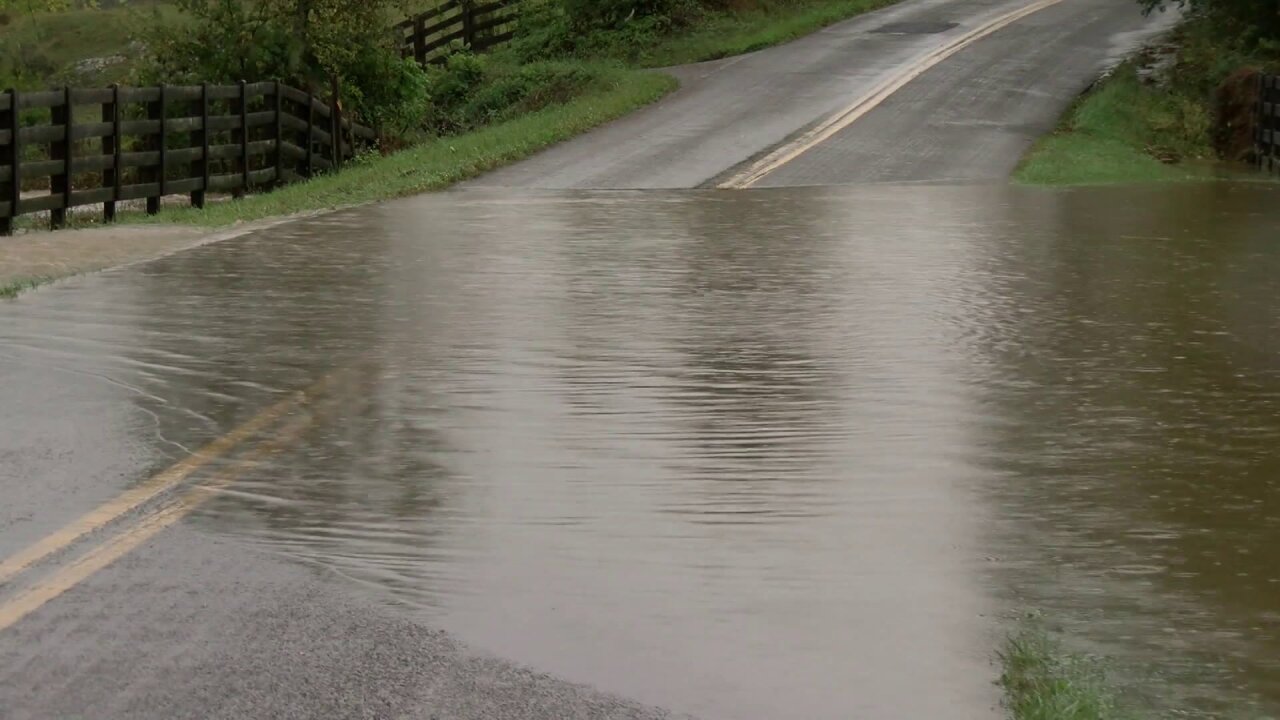 RICHMOND, Va. — The Virginia Department of Transportation is working to keep the public updated on road closures and delays caused by large amounts of rainfall expected this weekend. Two to six inches of rain are expected across the entire Commonwealth with the Hampton Roads, Richmond and Fredericksburg areas seeing the greatest rainfall, according to a VDOT.

VDOT crews will work throughout the weekend to keep roads clear as well as working with other state agencies, including the Virginia Department of Emergency Management, to detour traffic in severe instances. Drivers are cautioned to be careful on the roads through Saturday and to call 511 or go online updates.

Currently, there are almost 40 roads closed due to flooding, though most of these are concentrated in the Salem District. Seven roads are washed out as well. You can find a detailed list of road closures here.

VDOT also advised cautious driving measures this weekend. Treat traffic lights like four-way intersections if the light is out, avoid driving through flooded roadways, respect blocked roads, avoid roadways near bodies of water or in low-lying areas and watch out for branches and other debris in the road.

Before getting behind the wheel, go to http://t.co/l4VJN9Wodq or call 511 to get the latest road conditions.

Are you in an area that experienced flooding? The latest road conditions are available here: http://t.co/ZRHHc4egpB

Update:The Midtown Tunnel did NOT close as anticipated due to stable conditions. Check 511 for info. #hamptonroads #virginia #vafloods

Based on the 72-hour forecast, Patrick, Henry, Floyd, Carroll, Grayson and Franklin counties will receive the most rain.

No hurricane watches or warnings have been issued for the Commonwealth of Virginia.