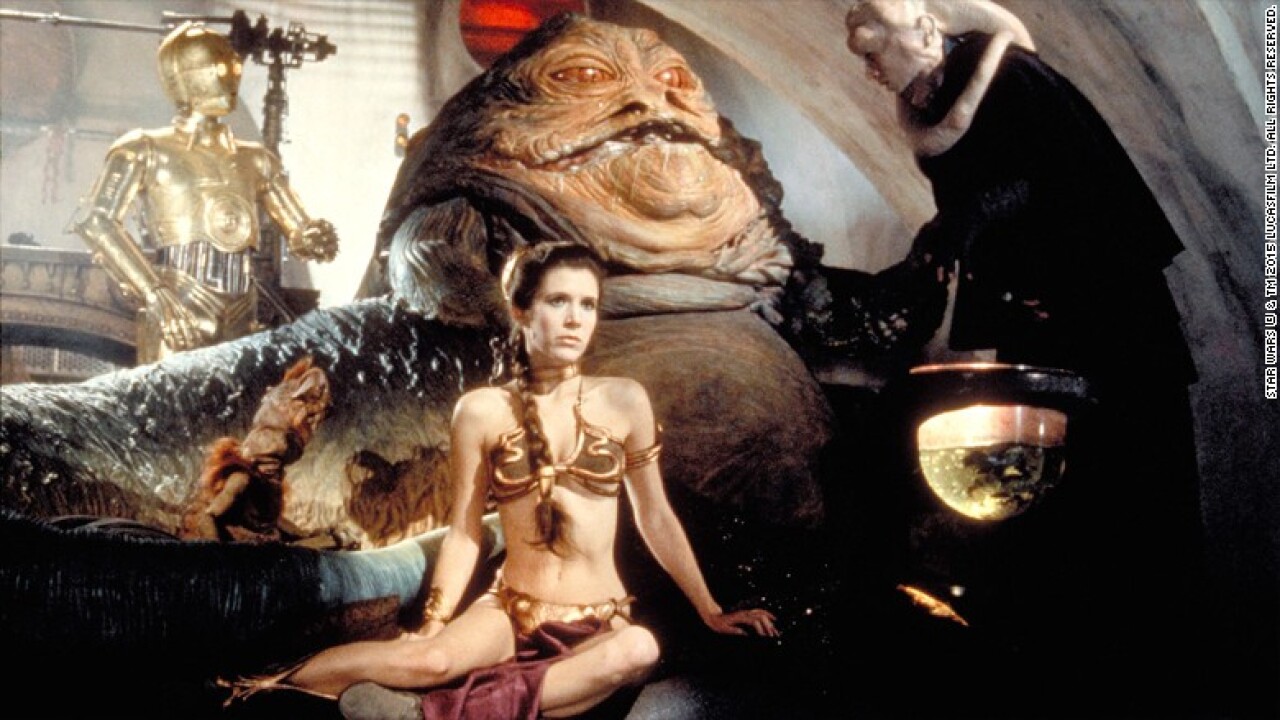 NEW YORK  — “Slave Leia’s” bikini — a slinky costume originally worn by Carrie Fisher in “The Return of the Jedi” — fetched a whooping $96,000 at auction Friday.

The outfit was one of the most highly anticipated articles in the “Profiles of History” online auction.

Bidding for the costume opened at $80,000 on October 1. The winning bidder was not named.

Princess Leia, typically seen in robes, was forced into the skimpy outfit by alien gangster Jabba the Hutt after he captured her when she infiltrated his headquarters on the desert planet Tatooine. There, she was held captive with a chain — which she eventually used to strangle Jabba.

The costume includes the collar and several of the chain links.

A letter of authenticity from Richard Miller, the designer who worked for George Lucas’ Industrial Light and Magic is included too.

The highest selling article in the auction was a miniature model of Princess Leia’s “Blockade Runner” which was part of the film’s special effects. It’s the first flying ship ever seen in a Star Wars film. It set a record for the sale of any Star Wars artifact in Friday’s “Profiles of History” auction, selling for $450,000, more than double its $200,000 opening bid.

Fisher will be back as Leia in the seventh installment of the series, “The Force Awakens,” in theaters this December.