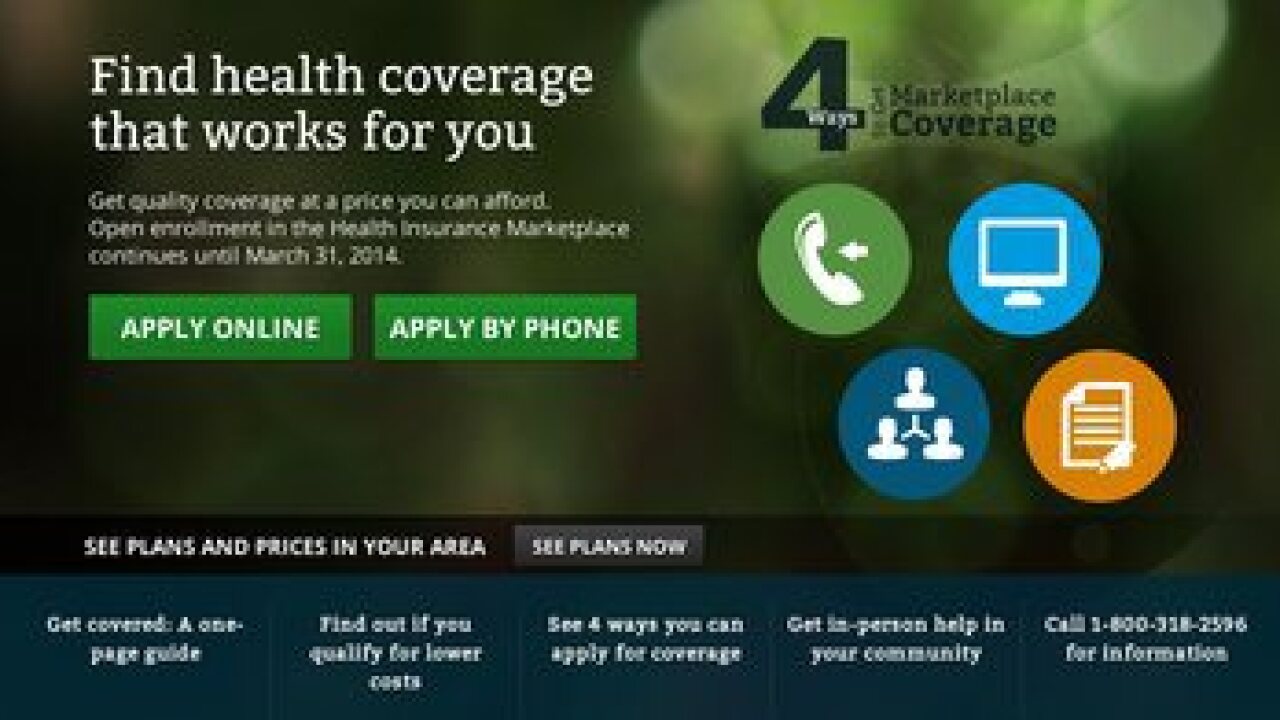 An image of a young woman who became known as the “Obamacare girl” is no longer on the homepage of the federal government’s health care site.

NEW YORK — A key federal program designed to cushion health insurers’ risks in the Obamacare exchanges has a massive shortfall, which could throw some insurers into financial turmoil.

Insurers requested $2.87 billion in so-called “risk corridors” payments for 2014, but will only receive $362 million, or 12.6%, said the Centers for Medicare & Medicaid Services, which oversees Obamacare.

The risk corridors program’s goal is to help insurers transition into the individual exchanges, which opened in 2014. Insurers had a tough time setting premiums since they didn’t know how sick their new customers would be.

Under the three-year program, insurers whose premiums exceeded claims pay into the fund, while their peers who didn’t charge enough premiums to cover claims could draw from it.

But too many insurers miscalculated when they set their rates for 2014.

“Insurers underestimated the riskiness of their customer base and set their premiums too low,” said Tim Jost, a health law professor at Washington and Lee University School of Law.

The shortfall could put a financial strain on some insurers, especially some smaller ones who were counting on the funds. Some firms have reported losses in their Obamacare line of business, while four health insurance cooperatives are shutting down because of financial pressures.

Obamacare insurers have already set their premiums for 2016 and can’t adjust them now. The shortfall in risk corridor payments could prompt insurers to raise premiums in future years or exit the program.

The administration said the remaining 2014 risk corridor claims will be paid out of the 2015 and, if needed, the 2016 collections.

Insurers are still getting billions from two other Obamacare risk programs. They will receive $7.9 billion from the reinsurance program, designed to spread the cost of very large insurance claims across all insurers. And they will receive $4.6 billion from the risk adjustment program, which requires insurance companies with healthier consumers in a state to help offset some of the costs of those insurance companies with sicker customers in that state.