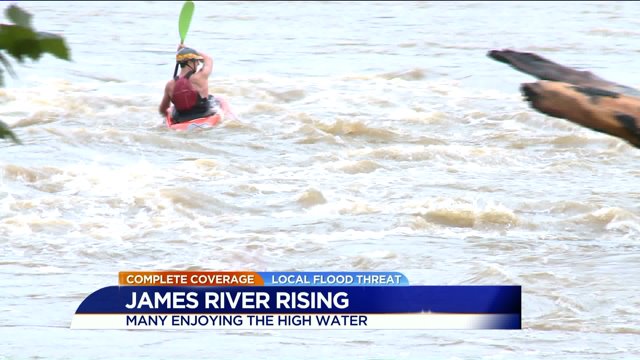 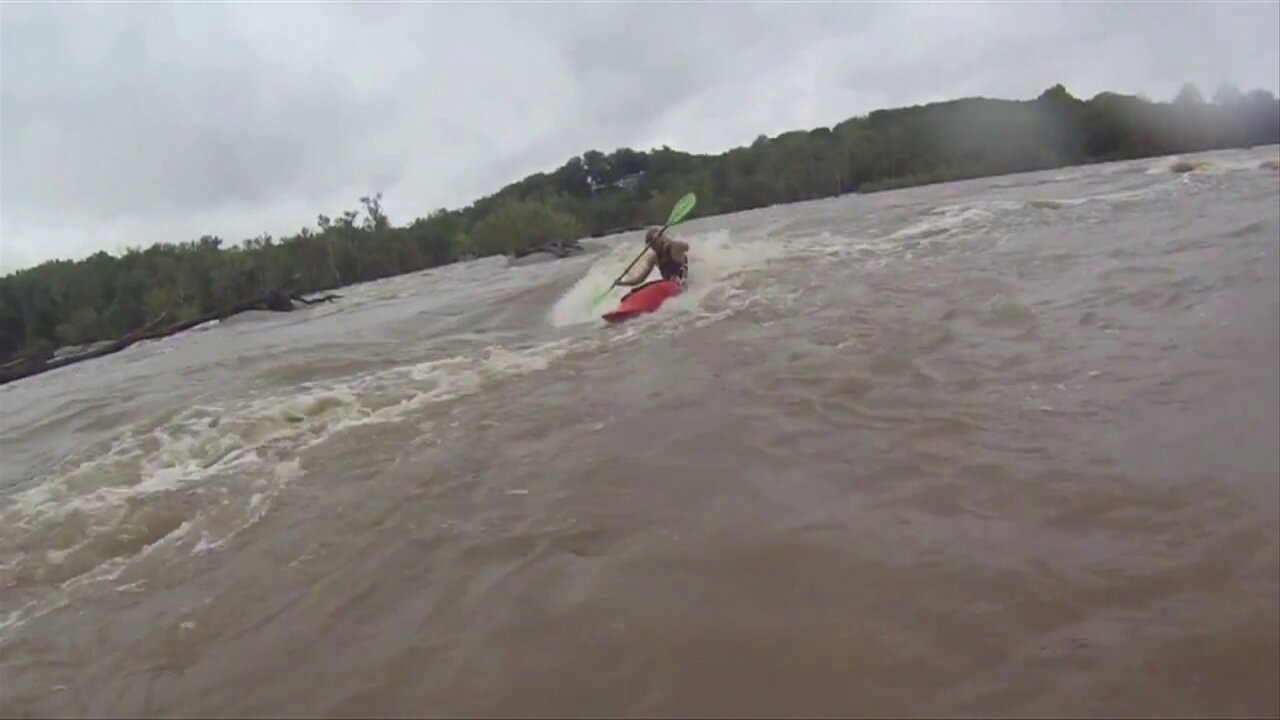 RICHMOND, Va. -- Experienced kayakers are taking advantage of the swelling James River and paddling through the higher waters.

Stratton took his “varsity” crew, who all have permits to go in the river when it’s higher than 9 feet, out to the river Friday evening to kayak.

“When the James gets high water it is so much more fun for the white water community,” Stratton said.

Stratton said only very experienced kayakers should be on the river when it gets to this level, not beginners.

The group drew a crowd who were captivated by the spectacle, but also happy to be on land.

“I probably won`t go out because it`s just a little too dangerous,” Scott Schumann, who paddle boards on the river, said.

Kayaker on the James River

Ian Little and his daughter Kate stopped by Pony Pasture Friday evening to look at the high water, and ventured out on a rock.

But, that was as far as they wanted to go.

“I think our common sense knows to stay away,” Ian Little said.

The pair said they were blown away by the thought that meteorologists expect this water to rise to a level twice what it is now over the next few days.