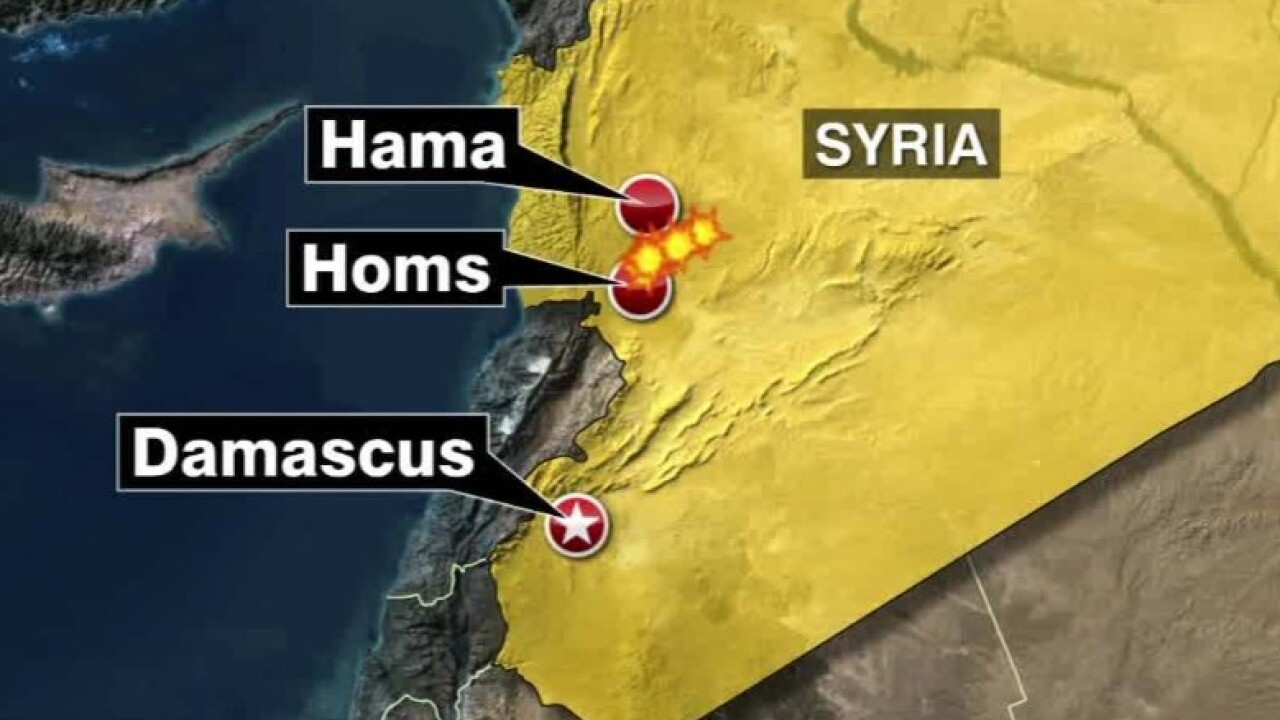 WASHINGTON — Russia carried out new airstrikes inside Syria on Thursday, the country’s Defense Ministry said in a statement, a day after it changed the calculus of Mideast politics by entering the Syrian civil war on the side of President Bashar al-Assad.

The strikes were carried out by eight Russian SU-24 and SU-25 jets, which claimed to hit ISIS “terrorist staff” and an ammunition dump near Idlib and another headquarters in Hama.

But 24 hours into the military campaign, it remains unclear who, exactly, Russia is targeting — the terrorist group ISIS or other, perhaps more moderate, forces among al-Assad’s opponents.

Russian officials maintain they are attacking ISIS, perhaps the most brutal terrorist group to emerge in decades.

“At the request of the Syrian government, we’re helping them to fight ISIS and other terrorist groups,” said Russian Foreign Minister Sergey Lavrov.

U.S. officials have questioned whether ISIS is active in the areas hit by the Russian strikes, which on Wednesday were around the city of Homs, in western Syria near the border with Lebanon.

Defense Secretary Ash Carter said Wednesday that the Russian attacks, which the Kremlin said were meant to target terrorists, didn’t appear to hit targets under the control of ISIS, which operates in the north and east of the country.

And the Institute for the Study of War, a Washington-based think tank, also cast doubt on Russia’s account.

“Well, of course it is beneficial,” Prime Minister Haider al-Abadi said in an interview with PBS. “Don’t forget, Iraq was attacked from across the Syrian border into Iraq by Da’esh, by ISIL. And that cost us a lot of human costs in terms of people killed, people being kidnapped, people being enslaved, women, children.”

For that reason, al-Abadi said, Iraq appreciated anyone willing to join the fight.

“Our message to the Russians — I met with Putin — please join this fight against Da’esh,” he said, using another name for ISIS. “Da’esh is a dangerous terrorist organization, not only against Iraq, against Syria, against the whole region, against the whole world. It is time that we all join the same forces to fight Da’esh.”

A spokesman for Russian President Vladimir Putin told reporters Thursday morning that it was too early to evaluate the country’s military operation in Syria, according to the state-run news agency ITAR-Tass.

The spokesman, Dmitry Peskov, said the operation was temporary and would continue only as long as the Syrian army was on the offensive.

“It’s important to understand that this operation is to support the Syrian army in the fight with ISIS and other extremist groups,” he said. “There’s a list of these groups, they all are known. Of course all targets are located in coordination with the Syrian army.”

Peskov declined comment on reports that Saudi Arabia had asked Russia to end its operation in Syria.

“I saw these media reports, and I even looked for those statements of the representative of Saudi Arabia myself,” he said. “I didn’t find them, so I can’t answer your question.”

Washington’s level of surprise ‘quite low’

The White House downplayed the dangers of the Russian move.

“I think the Russians have made clear that they’re not interested in provoking a conflict,” White House Press Secretary Josh Earnest said. “Their actions thus far indicate that that’s what they believe.”

And unlike Carter, who described the Russian means of informing the United States of its airstrikes launch as “unprofessional,” Earnest shrugged off any breach in procedure, saying the level of “upset and surprise” at the White House over Russia’s moves was “quite low” given Moscow’s consistent support for al-Assad.

Officials at the White House said they were waiting to see how Russia’s moves pan out in the coming days and were confident that talks between military officials from the two countries would help avoid midair conflicts — even as some military analysts questioned the effectiveness of those potential talks.