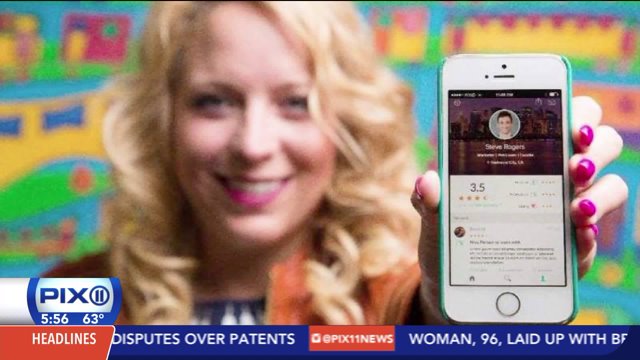 NEW YORK — CEO of the new app called Peeple, a "Yelp for humans," defends her new product after critics called it “irresponsible “and “the third circle of hell.”

Peep, slated to launch in November, lets mobile users rate the people they know personally, professionally and romantically, according to WPIX.

According to the app’s founders Julia Cordray and Nicole McCullough, the app was created to “find the good” in people and not as a cyber bullying tool. The women documented the development of the app in a YouTube series.

“I think this app does really help find the best in each of us but it would be pointless if it was all positive,” Cordray said in the online documentary.

In order to write a review about someone on Peeple, you need a Facebook profile to link to. People can only review profiles they actually know. A review made by someone the user doesn't know can be reported as abuse. The review and the user's profile would be deleted.

Despite the fact that it hasn’t even launched yet, the backlash on the app has been fierce.

Critics slammed Peeple, calling it “irresponsible “and “the third circle of hell.” The response was so aggressive, the company’s CEO attempted to shut off the comments section of their Facebook page — an attempt that was met with irony.

In a statement to WPIX, Peeple CEO Julia Cordray responded to the backlash.

“With any new concept there is naturally fear. When the people found out that the earth was round instead of flat and that we revolved around the sun instead of the sun revolving around us naturally people were upset and confused and they pushed back with all that they had,” she said.

“Bringing a new idea to market when people don’t believe that the world is genuinely a good place filled with amazing people there will be push back and fear. We look forward to proving that the people in this world are genuinely good and positive and they will uplift you on our app with over 80 percent positivity.”