RICHMOND, Va. — One of the earliest homes to be built on Monument Avenue hit the market this week. The Blair House, at 2327 Monument Ave., was listed Monday for $2.85 million. The 1913 mansion, unique for its two-story, four-columned portico, faces the Jefferson Davis monument at the crossroads of Monument and Davis avenues. 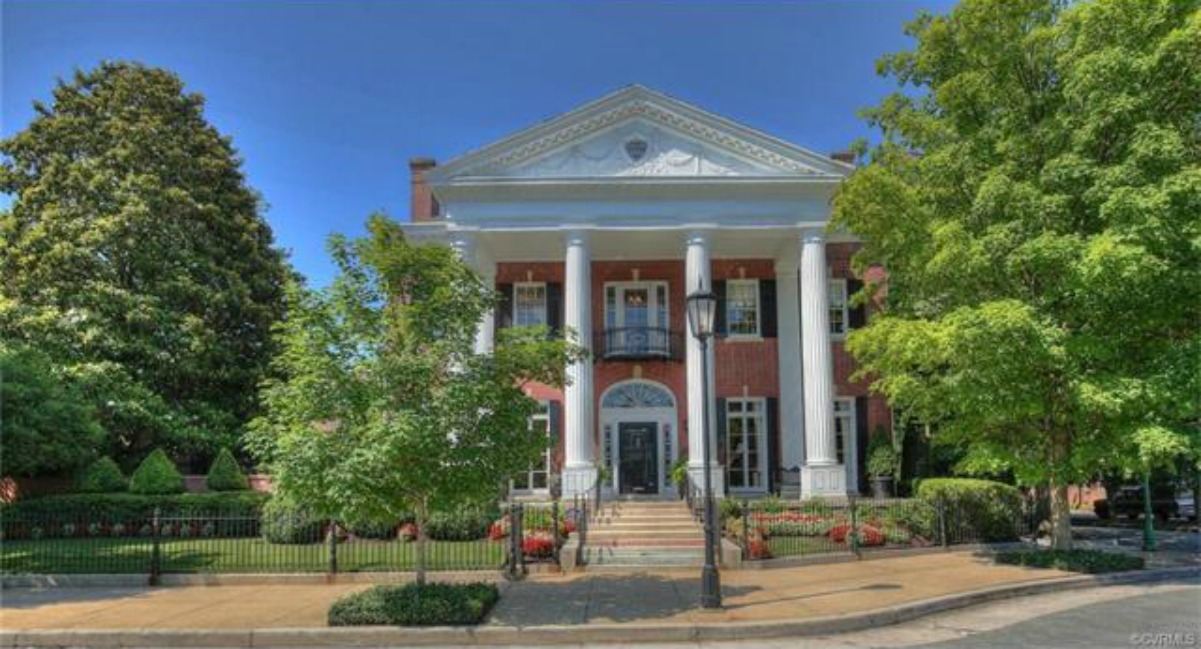 With 23 rooms totaling 8,400 square feet, the Colonial Revival home was built six years after the Davis monument was unveiled, according to a historical survey by the U.S. Department of the Interior. It was designed by architect Walter D. Blair, who built the home for Lewis H. Blair, a Confederate veteran and local businessman whose relationship to the builder is not known.

Property records list the current owner as the Jeffrey P. and Karen L. Walker trust. The Walkers purchased the property in 2011. Jeffrey Walker is a vice president and chief medical officer at Altria.

Ed Andrews of Long & Foster is the listing agent.

The 2½-story home features six bedrooms, eight renovated bathrooms and two half baths, along with a finished basement and wine cellar, an eat-in kitchen, a three-car garage plus a single-car garage, and a backyard garden area with a fountain and pond.