Environmental Science Breakthrough: What these mealworms can eat could reduce plastic waste 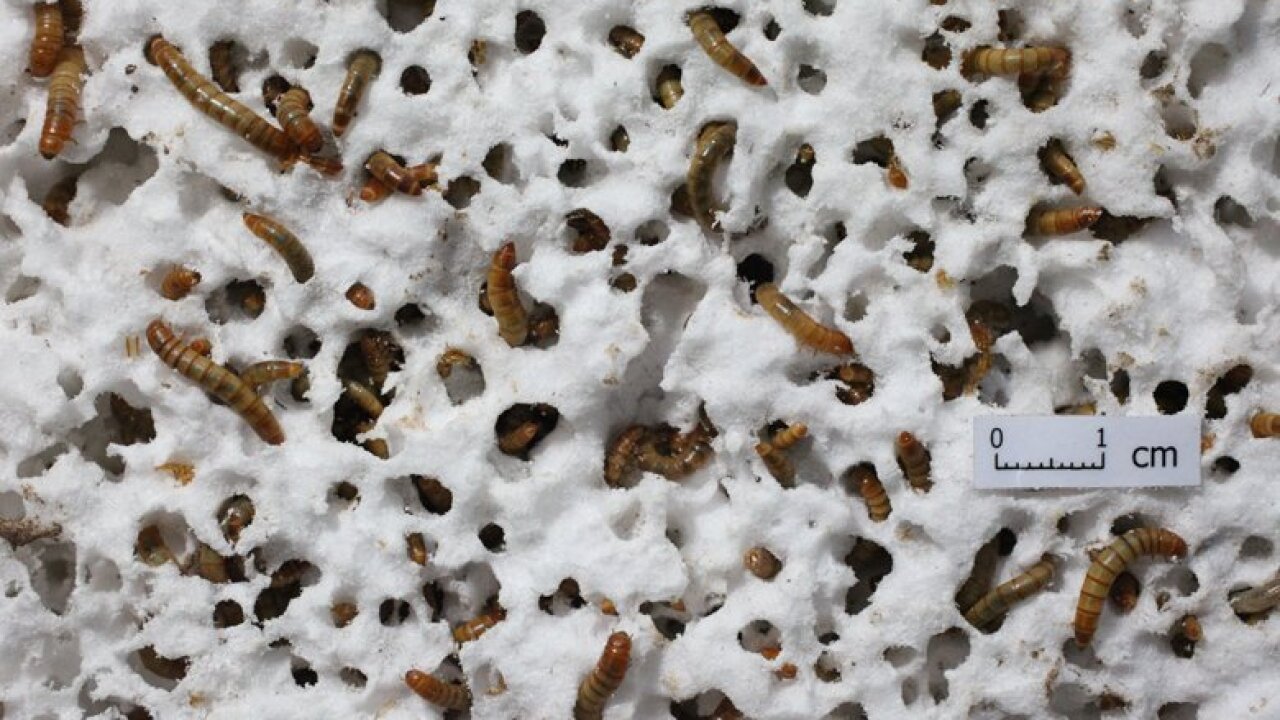 It’s mealtime for these mealworms, which researchers have found are able to eat Styrofoam. The waste they produce from these dubious snacks is biodegradable.

Plastic, long considered nonbiodegradable and one of the biggest contributors to global pollution, might have met its match: The small, brownish, squirmy mealworm.

Researchers have learned that the mealworm can live on a diet of Styrofoam and other types of plastic.

Inside the mealworm’s gut are microorganisms that are able to biodegrade polyethylene, a common form of plastic, according to new studies published in Environmental Science and Technology by co-authors Professor Jun Yang and his doctorate student Yu Yang of Beihang University, and Stanford University engineer Wei-Min Wu.

“The findings are revolutionary. This is one of the biggest breakthroughs in environmental science in the past 10 years,” Wu said in an interview with CNN.

He added that the findings could help solve the plastic pollution problem affecting the world.

The research documented 100 mealworms that consumed 34 to 39 milligrams of Styrofoam, which is about the weight of a pill, every day. Scientists also paid attention to the mealworms’ overall health and saw larvae that ate a diet subsisting strictly of Styrofoam were as healthy as mealworms eating a normal diet of bran.

Researchers found that mealworms transformed the plastic they ate into carbon dioxide, worm biomass and biodegradable waste. This waste seemed safe to use in soil for plants and even crops, the studies said.

Being able to find insects that can safely degrade plastic is critical to potential pollution management because other insects such as cockroaches can also consume plastic, but they have not shown biodegradation, Wu said.

Here’s the magic: An efficient gut

“The most important part is understanding that the mealworm’s gut is so efficient in degrading plastic,” he said. “The bacteria is essential.” When researchers fed mealworms antibiotics and then plastic, that plastic was not degraded.

“The mealworm’s gut environment is very important,” he said.

The hope is that by understanding the mechanisms inside the mealworm’s gut, scientists and engineers can create either new ways of degrading plastic waste or find new ways to produce plastic that can easily be biodegraded.

Mealworms, which are the larvae form of the darkling beetle, are common insects that can be found in many pet stores in the United States. They also aren’t the only insects to have plastic degrading properties. Waxworms, the larvae of Indian mealmoths, can chew, eat and digest the plastic that is used to make garbage bags.

With new evidence of the mealworm’s plastic-eating capabilities, scientists plan to study whether the microorganisms living inside the worm’s gut can breakdown polypropylene, another form of plastic used to make things such as certain car parts, textiles and microbeads.

With the United States producing about 33 million tons of plastic every year, with less than 10% being recycled, the humble mealworm could help offer a solution to the mounting waste created by people.

But even if mealworms can help with plastic waste management, Wu said it’s not a substitution for recycling.

“We need to be better at recycling. We shouldn’t waste plastic anywhere,” he said.