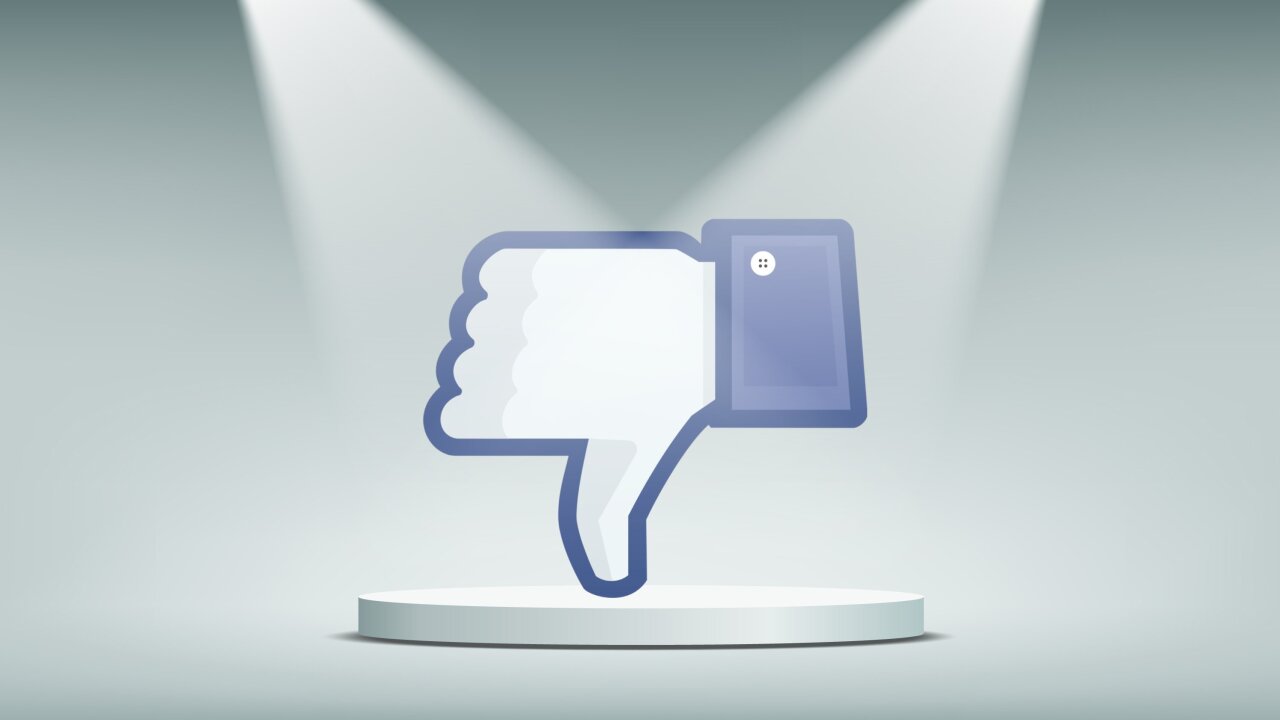 On Tuesday, September 15, 2015 Facebook announced it is finally going to make a “Dislike” button. The company had hesitated to launch a dislike button, but it has realized that people want to “express empathy” on posts about unpleasant news. “Not every moment is a good moment,” Facebook CEO Mark Zuckerberg said.

I admit, it is more than a little strange to “Like” a Facebook post where a friend shares tragic news such as the death of a loved one or the loss of a pet. Clicking “Like” is a way to show your support, but in some way, aren’t you are also “liking” the horrible thing that happened?

Now comes word via Mark Zuckerberg, Facebook’s CEO, that the company is working on a new feature that would give people “the ability to express empathy” on status updates about sad and unpleasant news. It’s been widely reported to be a “Dislike” button, although Zuckerberg emphasized it won’t be so simple.

He said it has been “surprisingly complicated” to come up with the right approach.

“We didn’t want to just build a ‘Dislike’ button because we don’t want to turn Facebook into a forum where people are voting up or down on people’s posts,” he said during a townhall Q&A at the company’s headquarters last month.

It’s a welcome move to have more than “Like” to show how you feel about someone’s tragic news, right? Well, it depends whom you ask. In email conversations with parents and others, there’s a great deal of concern that what Facebook ultimately unveils could end up giving users the ability to dislike posts. That could give bullies and trolls even more ammunition and cause today’s teens — who are already wildly beholden to the amount of likes and comments they receive — even more anxiety and stress, some parents say.

The crush of ‘Dislike’

Diana Graber, the co-founder of CyberWise.org, a digital literacy site for tweens, teens, parents and educators, believes if Facebook ends up with something akin to a “Dislike” button, that would make it easier to bully people online.

In a post for the Huffington Post that received nearly 4,000 likes, Graber wrote “you don’t need to be a child psychologist ” to figure out how kids might use these buttons.

“It’s not that kids are bad or nasty, on the contrary, they’re kids and it’s their job to test the tech innovations that adults think up,” wrote Graber, who also teaches “cyber civics” to middle-schoolers in Aliso Viejo, California. “So imagine if when you were a kid, the bathroom wall offered a handy device making it quick and easy to ‘unlike’ … anyone who happened to get under your skin that day. Who wouldn’t be tempted to take advantage of such a convenient feature that might ultimately be hurtful to its target?”

In an interview, Graber said a lot of teens define themselves by the number of “Likes” they get. In fact, in a story last year on teen “Like” anxiety, teens told me about the importance of the “100 club,” getting more than 100 “Likes” on a post.

“And so I can’t even imagine what a ‘Dislike’ would feel like to a child. I just think that would be a really hurtful impact and you have to put yourself in the shoes of a very vulnerable (13-year-old) just getting on social media for the first time … and the impact of a ‘Dislike’ or several ‘Dislikes’ could be really hurtful.”

Many parents agreed wholeheartedly with Graber, including Tracy Beckerman, a syndicated columnist and author of “Lost in Suburbia: A Momoir: How I Got Pregnant, Lost Myself and Got My Cool Back in the New Jersey Suburbs.”

“Having had a child who was a victim of bullying on Facebook, there are already enough opportunities for kids to pick on each other through social media without adding something like a ‘Dislike’ button,” said Beckerman.

“The problem with a ‘Dislike’ button is it does not allow for any conversation,” she said. “It is a ‘slam the door in your face’ moment that is completely one-sided and leaves the poster wondering what it was about their status update that was found to be so offensive.”

Sophia Nelson, an award-winning journalist and author of “The Woman Code,” said we are already disrespectful and angry enough on social media. A ” ‘Don’t Like’ button for Facebook will just encourage more anger, more bullying and more pain to those who are on the receiving end of it all. The goal of Facebook was social connectivity. This addition will only drive us further apart.”

I should note here that the exact tool Facebook is planning to test is unclear, and it hasn’t announced what it will be called. A Facebook spokeswoman would not elaborate beyond what Zuckerberg said himself last month, but looking at his remarks, the goal appears to be offering users more ways to show support.

“You don’t want to go through the process of sharing some moment that was important to you during your day and have someone down-vote it. That isn’t what we’re here to build in the world,” he said. “But over the years of people asking for this, what we kind of have come to understand is that people aren’t looking for an ability to down-vote other people’s posts, what they really want is to be able to express empathy.”

Larry Magid, CEO of the nonprofit Internet safety organization ConnectSafely.org and a safety adviser to Facebook, wrote in an online post that while he doesn’t know the details about the company’s plans, he’s pretty sure it will be used to convey empathy and support, not cruel comments.

Magid, in an interview, said Facebook’s plans have been “widely misinterpreted.”

“It’s a way to express empathy,” he said. “The problem with the ‘Like’ button is it’s great if you say, ‘I just turned 30’ or ‘I won the lottery’ … but if someone has a life event such as the death of a parent or a dog or losing their job or other things that are negative, there’s no easy way to click ‘I hear you. I feel your pain. I sympathize with you’ … There’s no simple way so people ‘like’ it and I’ve been in that same dilemma where do I ‘like’ the fact that somebody just had a bad experience?

“And so if you listen to Mark Zuckerberg … he makes it pretty clear that it’s not a way of voting things down. It’s a way of empathizing.”

Many parents believe something other than a “Dislike” button is the way to go.

“I know it is about branding for Facebook to do the opposite of the ‘Like’ button with a ‘Dislike’ button. But, why not think ‘out of the box’ and add different buttons such as ‘with empathy’ or ‘hugs to you,'” said Louise Sattler, a school psychologist and co-founder of 411 Voices, a collective of professionals with social media expertise.

Danielle Le Roy, a chief financial officer for an information technology firm and mom of two in Chicago, thinks the company should consider a “more positive but more appropriate option” for posts about deaths and other disturbing news. She suggests something like an “I see you” or an “I hear you” button, maybe with a visual such as a heart or a peace sign.

“Maybe a ‘sad’ button instead of ‘Dislike,” said Debbie Greene, who blogs at Through Debbie’s Eyes. She believes anything along the lines of a dislike button will impact everyone. “Teens are not the only ones who are prone to cyberbullying.”

Then there are parents like Lori Garcia, founder of the blog Mommyfriend, who wonders if we really need a tool to show our support for someone’s pain or hurt.

“Empathy is best expressed through a caring comment or private message. Are we really so busy and important that we need a button to express our sympathies? If so, dislike,” she said. “Also, how very sad.”

A new tool could move us further away from making real connections, said Avital Norman Nathman, a freelance writer and author of an anthology on motherhood, “The Good Mother Myth: Redefining Motherhood to Fit Reality.” “It’s easy to press a button and move on. It takes a little bit more time and effort to leave a comment,” she said.

However, there are plenty of people who think along the lines of Sue Scheff, author and family Internet safety advocate. Scheff believes that if the tool Facebook comes up with is used appropriately, it will be something worth having.

“It just doesn’t feel right ‘liking’ when someone dies or other tragic news,” said Scheff, author of “Wit’s End: Advice and Resources for Saving Your Out-of-Control Teen.” “We will always have the people that will use technology for bad things. It’s up to parents and us to continue to educate and lead by example.”

The impact of any new tool unveiled by Facebook may be felt more by teens’ parents than by teens themselves, ultimately, since many young people say they are spending more time on other social networks, such as Snapchat and Instragram.

“I can say for sure it won’t impact teens because that’s not their social media platform,” said Erin Dymowski, co-founder of Sisterhood of the Sensible Moms. “Teens don’t use Facebook, but I do think it could lead to more adults who act like teens to bully online. In an election year, this could get ugly fast.”

Editor’s note: Watch “CNN Special Report: #Being13: Inside the Secret World of Teens,” an Anderson Cooper documentary, Monday at 9 p.m. ET on CNN.