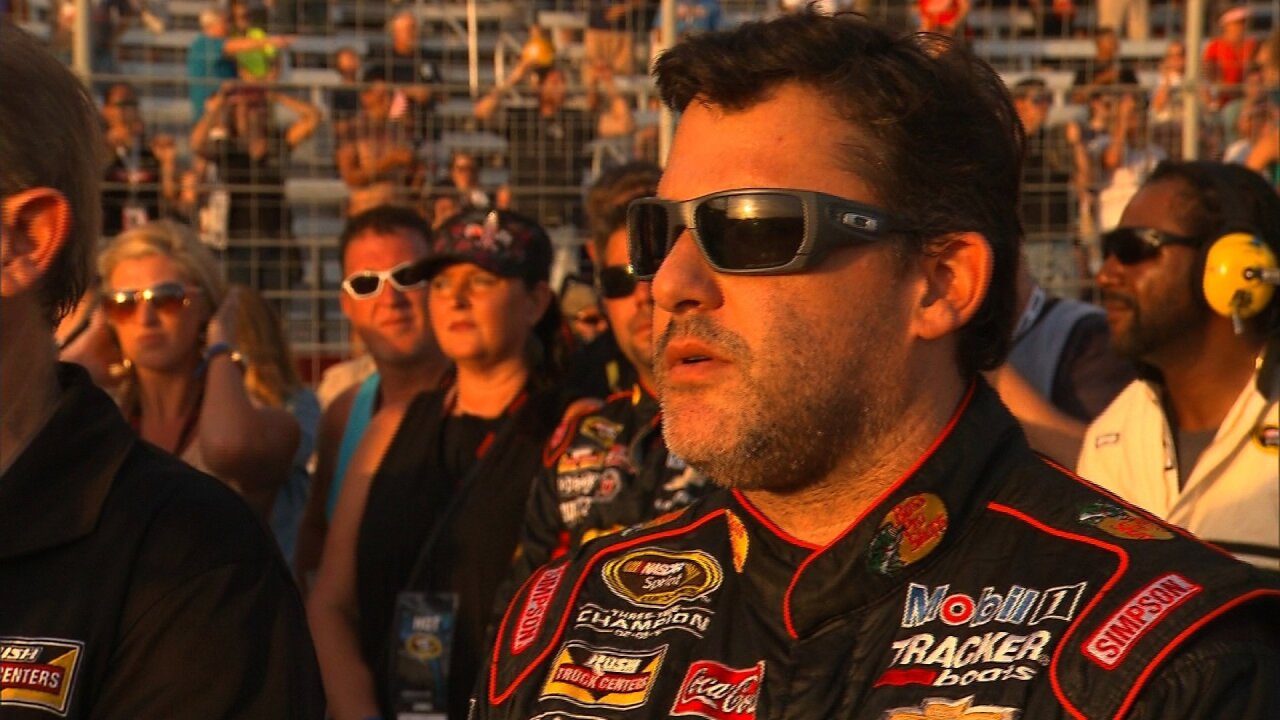 NASCAR driver Tony Stewart, driver of the #14 Bass Pro Shops car, waits before the start of the Oral-B USA 500 at the Atlanta Motor Speedway on August 31, 2014.

Three-time champion Tony Stewart will retire from NASCAR’s top division of auto racing after the 2016 season.

Stewart told reporters that the decision has nothing to do with the fatal dirt-track accident he was involved in last year.

“The tragedy — nothing is going to change that. It happened, but it’s not going to direct the rest of my life, so I’m still going to go race, when I want to go race, but as far as the Cup series it had no bearing on that,” the 44-year-old driver-owner said.

Stewart, who in the past has enjoyed racing in other NASCAR circuits and dirt-track events, said he is just stepping out of the demanding Sprint Cup series, which has 38 races each season.

“I’m still going to race when I want to race,” he said.

“As time went on, you just kind of feel like it’s the right time,” he said.

Stewart has won 48 races, but none since June 2013. He’s also endured a season-ending leg injury that year and the accident that killed Kevin Ward Jr. at a New York dirt track.

Ward was killed August 9, 2014, after he got out of his wrecked sprint car and went to confront Stewart during a yellow-flag caution period at Canandaigua Motorsports Park. After one car narrowly missed Ward, Stewart drove by and Ward was struck by the right rear tire of Stewart’s car and slung down the track.

Ward, 20, died of massive blunt trauma as paramedics drove him to a hospital.

Stewart said he doesn’t want a farewell tour like the one four-time champion Jeff Gordon has been getting at each track this year.

“I’ve got enough rocking chairs at home as it is,” he joked.

While Stewart won’t be in the driver’s seat, he’ll still be at the track. He is co-owner of Stewart-Haas Racing, which has four Cup teams.

Clint Bowyer will take Stewart’s car in the 2017 season.