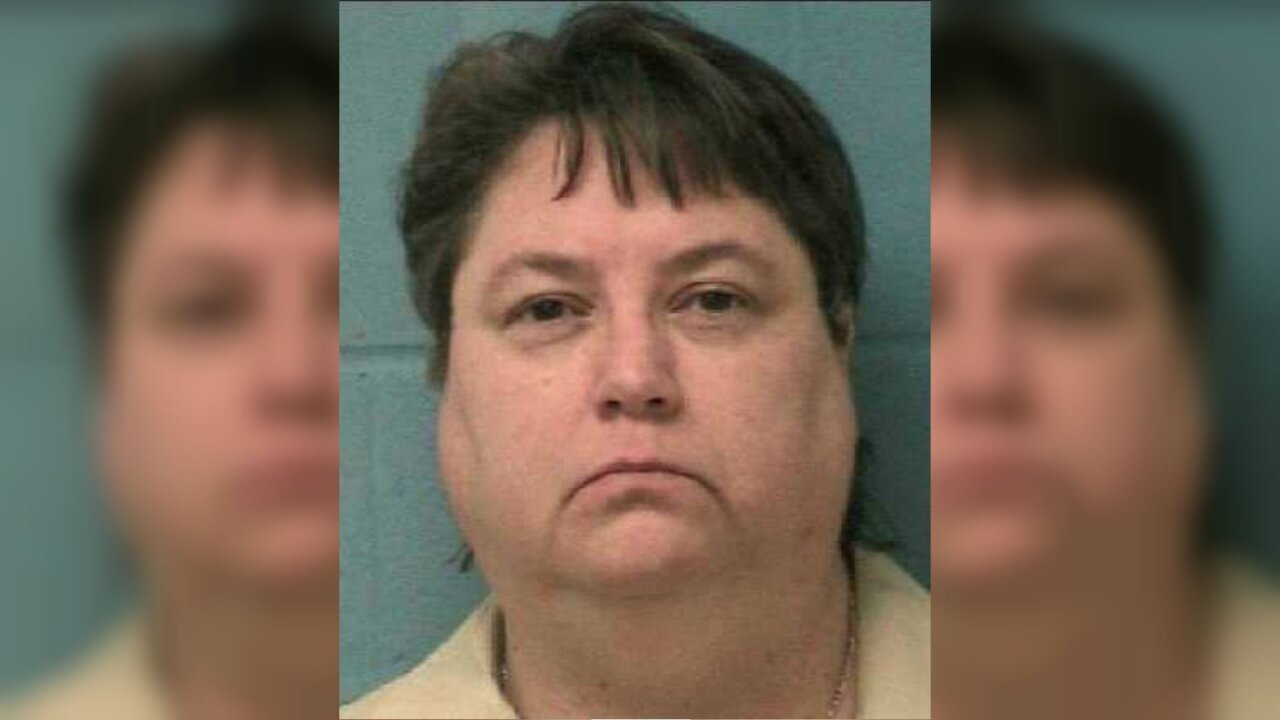 Kelly Renee Gissendaner, 47, was convicted in a February 1997 murder plot that targeted her husband in suburban Atlanta, Georgia. She was scheduled to be executed Tuesday night, September 29, 2015.

And there is no estimated time for when the execution might happen, the department said.

Gissendaner was scheduled to die at 7 p.m. Tuesday at the Georgia Diagnostic and Classification Prison in Jackson. The 47-year-old was convicted of murder for convincing her lover to kill her husband in 1997.

And pleas from Gissendaner’s children and a recent letter on behalf of the Pope didn’t sway the Georgia Board of Pardons and Parole, which denied clemency for the the inmate earlier Tuesday.

If she is put to death, Gissendaner will be the state’s first female convict to be executed in 70 years.

“We asked the board for an additional 24 hours so they could visit their mother,” she said. “That was refused.”

The board, which had the option of commuting her sentence to life in prison, met for hours Tuesday and heard from her oldest son, Brandon Brookshire. Her other children, Kayla and Dakota, were also there and have previously spoken out in support of their mother.

The hearing was closed to media. Only the board members, attorneys and the children were present.

While waiting for an answer from the board, a representative for Pope Francis sent a letter saying that his Holiness wanted the board to spare Gissendaner’s life.

“While not wishing to minimize the gravity of the crime for which Ms. Gissendaner has been convicted, and while sympathizing with the victims, I nonetheless implore you, in consideration of the reasons that have been presented to your Board, to commute the sentence to one that would better express both justice and mercy,” the letter read.

It wasn’t clear whether the board saw the Vatican representative’s letter. A spokesman for the board declined to comment, saying what happens inside the hearings is private.

This isn’t the only U.S. case on which Pope Francis — who called for an end to the death penalty when he spoke in Congress last week — has commented.

His representative has also sent a letter to Oklahoma’s governor, asking her to commute the death sentence for Richard Glossip, who’s scheduled to be executed there Wednesday.

No matter what happens, the family of Gissendaner’s slain husband, Douglas, has said the focus should be on him, not her.

In a statement, they said they had faith in the legal system.

“Kelly planned and executed Doug’s murder. She targeted him and his death was intentional. Kelly chose to have her day in court and after hearing the facts of this case, a jury of her peers sentenced her to death,” the statement read in part.

“As the murderer, she’s been given more rights and opportunity over the last 18 years than she ever afforded to Doug, who, again, is the victim here,” it said. “She had no mercy, gave him no rights, no choices, nor the opportunity to live his life. His life was not hers to take.”

But Kelly Gissendaner’s children have pleaded with authorities to show mercy.

“My dad would not want my mom to be executed, even knowing her role in his murder,” Kayla Gissendaner said in a statement earlier. “He would not want us to endure another devastating loss.”

The daughter has said her mother has changed over the past 18 years.

More than 90,000 people have signed a petition urging Gov. Nathan Deal to halt her execution, claiming the mother of three has turned her life around and calling her a “powerful voice for good.”

“While incarcerated, she has been a pastoral presence to many, teaching, preaching and living a life of purpose,” the petition states. “Kelly is a living testament to the possibility of change and the power of hope. She is an extraordinary example of the rehabilitation that the corrections system aims to produce.”

Her lawyers have argued that Gissendaner’s sentence was “disproportionate” compared to that of her co-defendant.

Gissendaner arranged to have her husband killed by Greg Owen, who stabbed Doug Gissander in the neck and back. Owen testified against Kelly Gissendaner as part of a plea bargain that got him a life sentence instead of death.

Only 15 female inmates have been put to death in the United States since 1976, according to the Death Penalty Information Center. The last woman in Georgia was executed by electric chair in 1945.

The constitutionality of lethal injection drugs has made headlines in recent years and European manufacturers — such as Denmark-based Lundbeck, which manufactures pentobarbital — banned U.S. prisons from using their drugs in executions in 2013. That meant 32 states had to find new drug protocols.

Last year, Oklahoma issued a moratorium on executions after murderer and rapist Clayton Lockett convulsed, writhed and lay alive on a gurney for 43 minutes before dying. It was the state’s first time using a new, three-drug cocktail for an execution.

Last words for her children: ‘I love you’

Marcus Easley, a retired Chattanooga police officer who’s a friend and supporter of Kelly Gissendaner, told CNN affiliate WSB he was in a group of seven people who met with her on Tuesday.

Gissendaner’s children, he said, were not able to visit her in prison because they were making a case for her life.

“They gave the children the choice between coming and seeing their mother one last time, or going before the parole board and fighting for her. And as a family they decided that the children would go and fight for her. And they were all in it together. It was not a surprise to Kelly,” he said. “But she just spoke with just such pride. And she had such a wonderful look on her face when she talked about those kids and what they were doing for her.”

Easley said he met Gissendaner years ago while bringing students to her prison for prevention programs. “We just became very close and very good friends, and I support her, totally,” he said.

Easley said he asked Gissendaner whether she had a message for her children.