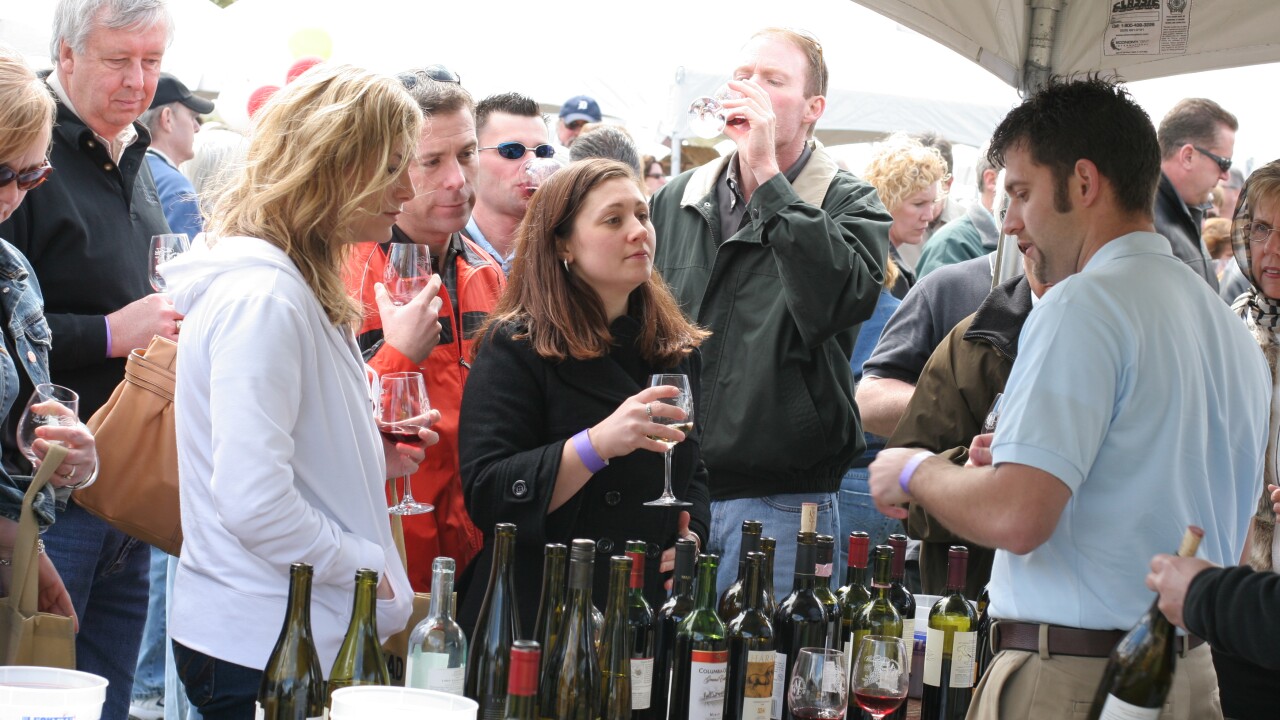 Sales reached another record level for the fiscal year 2015, which ended June 30. Virginia wineries sold 9,000 more cases of wine this past year versus 2014.

The biggest story is the increase of Virginia wine sales over a five-year period; sales have increased by 26 percent since fiscal year 2010.

The governor called cider “a new shining star” as state cider sales saw a 200 percent spike over 2014, according to the Virginia Wine Marketing Office.

The results reflect soaring national trends in cider sales. In 2015, more than 496,000 cases of Virginia cider were sold.

The wine brought in some cash, too. Total sales of Virginia wine amounted to more than $1.9 million in wine liter tax collections, according to the Virginia Wine Marketing Office and the Virginia Department of Alcohol Beverage Control.

The good news doesn’t stop there. In addition, Virginia wine sales at wineries increased 6.3% percent. The increase indicates solid growth of visitors and tourists to state wineries and wine events, according to the governor’s office.

“I’m pleased to see continued sales growth for our wines and ciders in Virginia, which means more jobs and revenue across the Commonwealth, especially in our rural areas where most of our wineries and cideries are located,” said Governor McAuliffe.

“Indeed, both craft beverage sectors, along with craft beer and distilled spirits industries, are playing an important role in my administration’s work with the private sector to build a new Virginia economy.”

The accolades for the state products have been strong as well.

“For 2015, Bloomberg News named Virginia as one of the ‘next big wine regions’– citing our rich history, natural beauty, and outstanding winemakers,” said Secretary of Agriculture and Forestry Todd Haymore. “In addition, Virginia wines were reviewed in Robert Parker’s The Wine Advocate in July with almost 60 wines receiving a score of 90 or greater. “

Last year’s wine grape harvest production increased by 17 percent, due to growth in new bearing acres and an improved 2014 growing season versus the previous two seasons. By comparison, the 2012 and 2013 harvest numbers were depressed by a variety of factors, including frosts and an unusually cold winter in 2012 that damaged several vineyards. These production increases will take time to affect sales as wines are processed and aged prior to sale.

Virginia ciders are currently experiencing explosive growth and national industry analysts expect continued solid growth in this sector for the next three to five years.

There are currently 18 cideries in the state, which is tied with Massachusetts at seventh for number of cideries.

The state’s first cidery, Foggy Ridge Cider in Carroll County, established its orchards in 1998 and opened for business in 2006. Since then, Virginia cideries have been opening at a steady pace. Cideries are licensed as farm wineries and their economic data is included in Virginia winery economic impact studies.

Virginia currently ranks fifth in the number of wineries in the nation with more than 275, and the state is also the nation’s fifth largest wine grape producer.

According to a 2012 economic impact study, the Virginia wine industry employs more than 4,700 and contributes almost $750 million to the Virginia economy on an annual basis.

In addition, more than 1.6 million tourists visited Virginia wineries in 2014 according to the Virginia Tourism Cooperation.