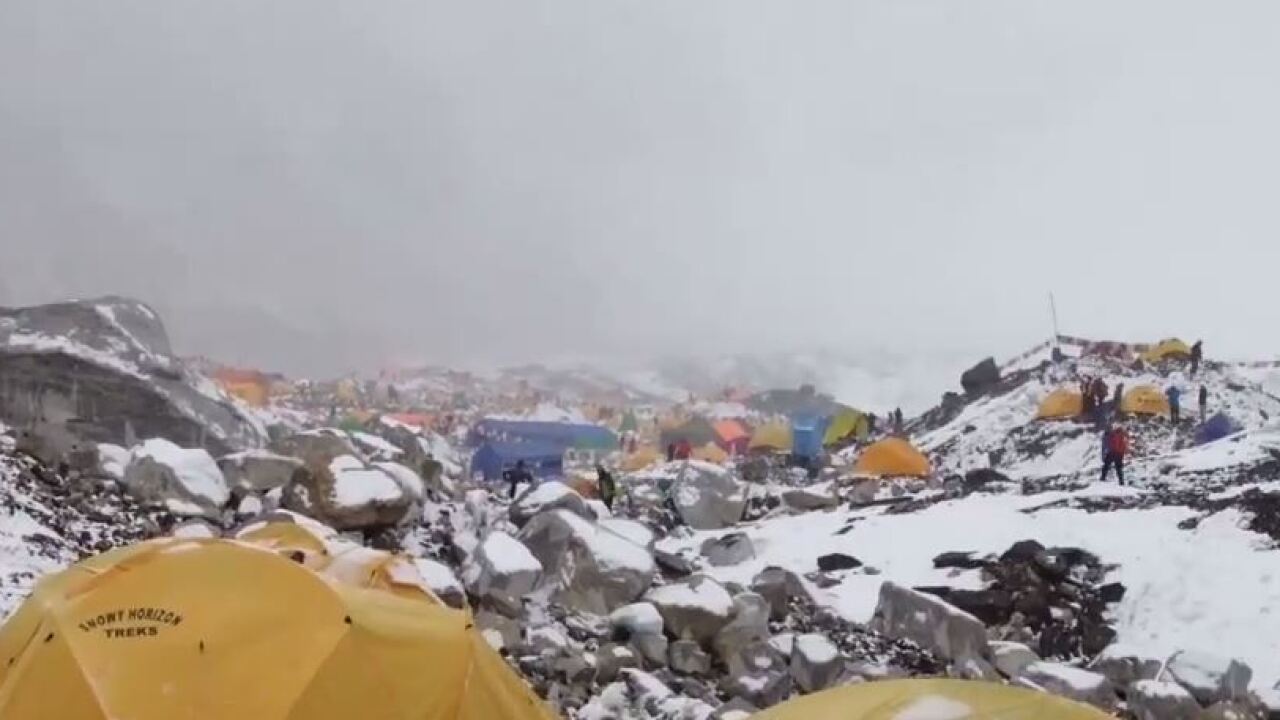 Facing increasing criticism over safety and the environmental impacts of climbing on Mount Everest, Nepalese tourism officials have banned novice climbers from the world’s tallest peak and are considering additional limits.

Climbing Everest has exploded in popularity in the past few decades, resulting in hundreds of ascent attempts each year, with an increasing number of inexperienced climbers taking advantage of professional guides to help them to the top.

Some climbers complain that the novices aren’t up to the task, while environmentalists worry about the impact of thousands of climbers and their garbage left behind on the mountain.

“That the world’s highest peak and an object of religious significance to Nepalese people could become an open cesspit is a sad indictment of how commercialisation is destroying the environment of the mountains,” climber Paul Hart wrote in an op-ed for the UK newspaper The Telegraph in March.

Last year, Nepal began requiring climbers to pack out their own waste plus 18 additional pounds of garbage. But critics have said the rule is difficult to enforce.

Now, the country has banned climbers who have not previously reached the peak of at least one 6,500-meter (21,325-foot) mountain, according to Sapkota. This will weed out less-experienced climbers who critics say pose a safety threat to themselves and others.

The ministry, which has the authority under Nepalese law to set conditions for climbing permits, is also considering setting minimum and maximum age limits for climbers, and rejecting those who are visually or physically disabled.

“We understand a lot of people want to climb Everest, but some of them are not physically able to do so. We cannot risk the life of the climbers,” Sapkota said.

No timeline has been set for implementing new rules, he said.

Without specifics, it’s hard to say how much impact the regulations would have on people who want to take on Everest. For instance, it’s impossible to say whether the rules under consideration would prevent Japanese climber Nobukazu Kuriki, who lost nine fingers to frostbite in a 2012 Everest attempt, from trying again.

He had to abandon his latest attempt this week but has vowed to try again.

At least 219 people died while trying to summit Mount Everest between 1922 and 2010, with a few dozen perishing since — including at least 17 in the massive April earthquake in Nepal.

Balancing safety, environmental impact and tourism considerations is a delicate act for Nepal, which receives substantial income from Western tourists who come to climb the country’s many mountains.

Tourists, including climbers, spent $508 million in the country in 2014, supporting 487,500 jobs, according to the World Travel & Tourism Council.