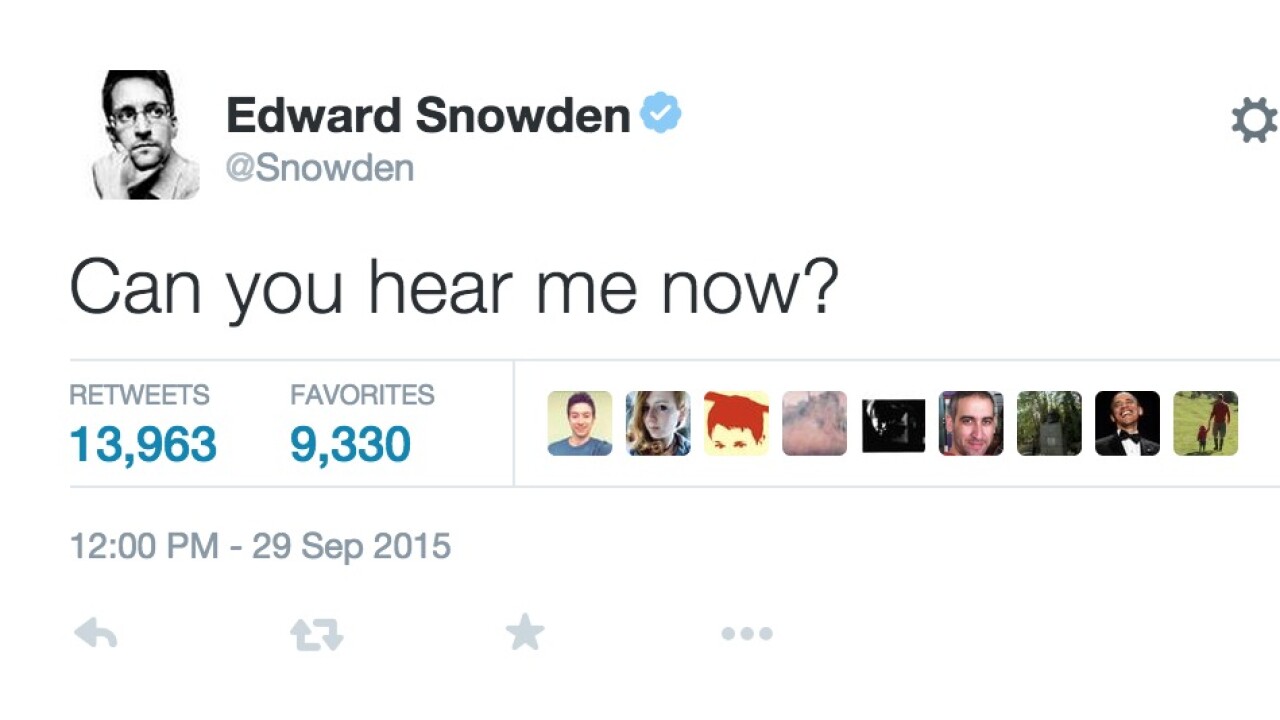 “Can you hear me now?” Snowden tweeted at noon ET, 7 pm Moscow time.

Can you hear me now?

His occupation: Director at Freedom of the Press Foundation, a non-profit “dedicated to helping support and defend public-interest journalism focused on exposing mismanagement, corruption, and law-breaking in government.”

Snowden has lived in Russia, where he has been granted asylum, since leaking classified NSA documents to reporters in 2013.