Donald Trump on his tax plan: ‘Zero rate’ for some 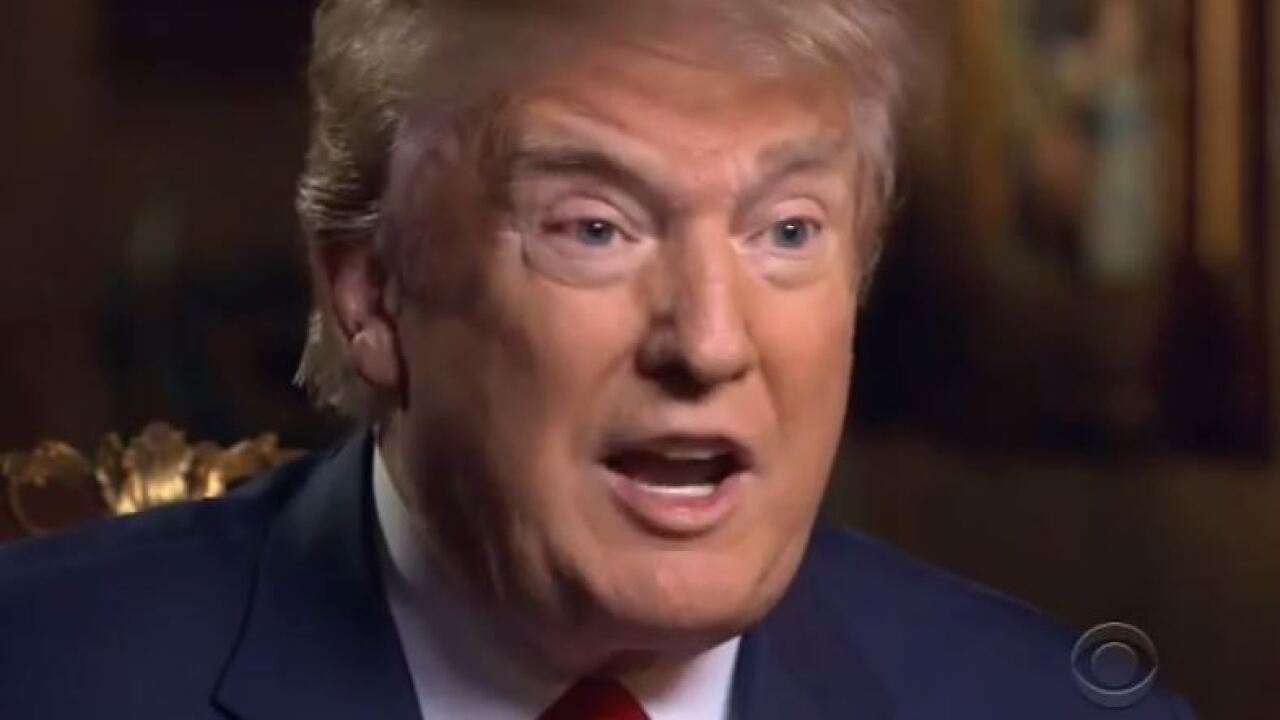 NEW YORK — Donald Trump revealed new details about his tax plan in an interview that aired Sunday, saying that a “large segment” of Americans would pay no federal income taxes.

Disclosing several key planks of his tax reform plan on CBS’s “60 Minutes,” Trump said he would set a “zero rate” for low-income Americans, cut corporate taxes, and suggested that he would raise taxes on some of the wealthiest Americans.

The plan would either increase tax revenue or keep it at the current level, Trump claimed in the wide-ranging interview in which he also discussed how he would deal with ISIS in Syria and touted his plan for universal health care coverage to replace Obamacare.

Trump will unveil his tax plan in full on Monday, delivering long-sought policy details during an 11 a.m. news conference.

“It’s a substantial reduction for the middle-income people. Because our middle class…is being absolutely decimated. It will be a corporate also reduction, I think it’ll be a great incentive for corporations,” Trump said in the “60 Minutes” interview.

But in what he conceded is a departure from his own party’s approach, Trump also vowed to make some of the wealthiest Americans — namely some Wall Street players — pay more taxes.

“I’m a pretty good Republican. But I will tell you this, I do have some differences. I don’t want to have certain people on Wall Street getting away with paying no tax,” Trump said after suggesting that he would eliminate some “unfair deductions.”

Trump has repeatedly decried the low tax rates “hedge fund guys” enjoy and pledged to increase their tax burden, although he didn’t cite them in the “60 Minutes” segment.

Under the current system, investments are taxes at lower rates than traditional income like wages.

While appearing to go against the ideological grain of his party, Trump said that he is confident his plan will help unleash economic growth.

Trump also offered new insight into how he would deal with ISIS, suggesting that the U.S. — which has led a bombing campaign against the terrorist group since last summer — should stop fighting the group in Syria. Instead, he called on Russia to “get rid of ISIS.”

While Trump offered new policy details, he remained vague on the specifics of several other aspects of policy under a Trump administration throughout his at-times combative back and forth with CBS anchor Scott Pelley.

When challenged on how he could accomplish many of his policy goals in the American democratic system of checks and balances if Congress and the courts oppose him, Trump offered a simple reply: “Well, we’ll see.”

On bringing jobs back from other countries like China and Mexico, Trump said he was prepared to engage in a trade war and added that he would stop China from devaluing its currency by the simple fact that other countries will respect him more than they do President Barack Obama.

“They will respect me. They won’t be doing it. But here’s what we have to do. If they don’t come to the table, they’re going to have a tax when they put their products into this country. And they’re going to behave,” Trump said.

And when pressed on his plan for repealing and replacing Obamacare, Trump said he would put in place a plan to ensure universal healthcare coverage — with the government footing the bill when necessary — and he pledged to “make a deal with existing hospitals to take care of people.”

On that, too, Trump conceded a break with the party whose presidential nomination he is seeking.

“This is an un-Republican thing for me to say because a lot of times they say, ‘No, no, the lower 25% they can’t afford private.’ But I am going to take care of everybody. I — I don’t care if it costs me votes or not. Everybody’s going to be taken care of much better than they’re taken care of now,” said Trump, who has previously expressed support for universal coverage.

The billionaire real estate mogul also admitted he loves hearing about himself, but denied being thin-skinned.

“The media is among the worst people I’ve ever met. And I mean a pretty good percentage is really a terrible group of people. They write lies, they write false stories. They know they’re false. It makes no difference. And frankly I don’t call it thin skinned — I’m angry,” Trump said, adding that he could take criticism “if it’s fair.”

Trump also talked about a family tragedy that has helped shape him: his brother’s death to alcoholism.