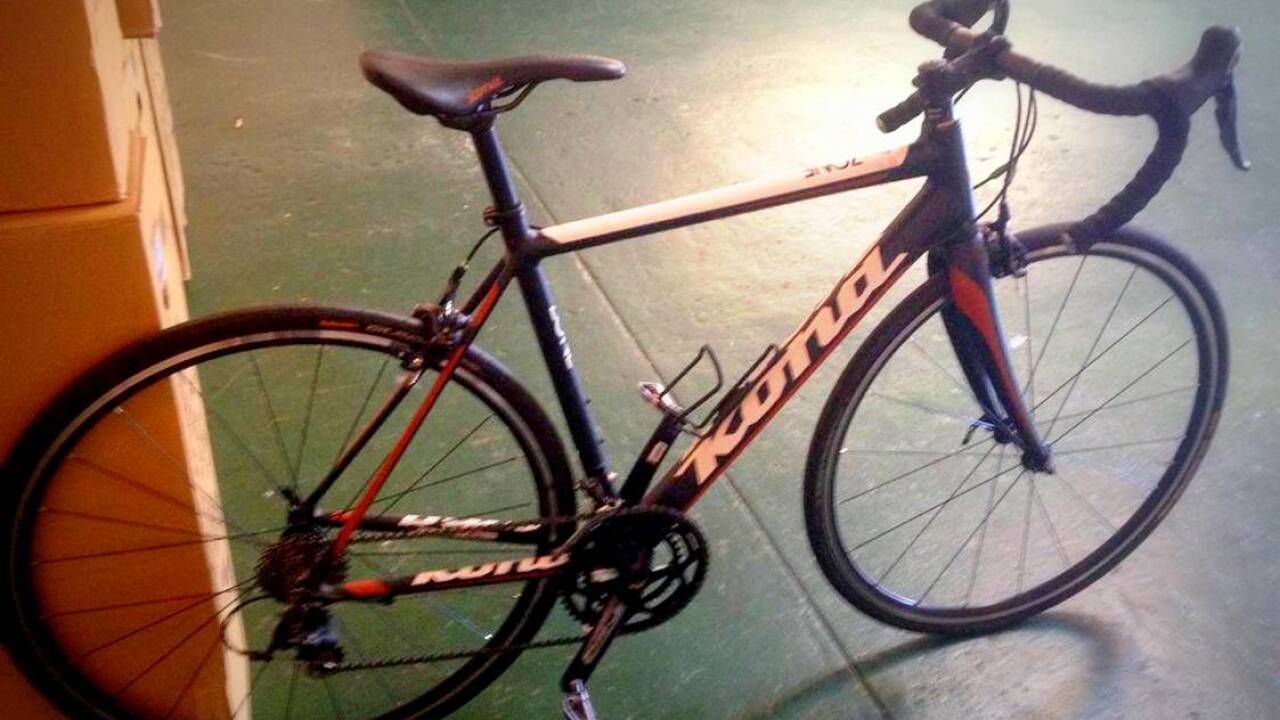 Update: Richmond Police told CBS 6 reporter Jake Burns that the bike was not stolen, but rather there was a communication with the crew. It was loaded somewhere else but has been recovered.

RICHMOND, Va. — For the second time in as many weeks, Richmond Police issued an alert for a stolen bicycle connected to the UCI Road World Championships. A black, white and orange Kona Zone Road Bike was stolen Monday morning from a corporate tent on East Broad Street near the UCI finish line, Richmond Police said.

“The suspects were described as Latino males. One of the men carried the bicycle as the three men walked east along East Broad Street,” Richmond Police spokesman James Mercante said. “The theft happened around 9 a.m.”

In addition to the black, white and orange color scheme, the number 7 is displayed on the top of the bicycle.

Before the first UCI Road World Championships race hit the streets of Richmond last week, someone stole one of the competitor’s bicycles. Racer Evelyn Stevens eventually got her bicycle back.

A 52-year-old Lawrenceville man was arrested and charged with the bicycle’s theft.