Joyce Mitchell, who aided prison break, going to prison herself 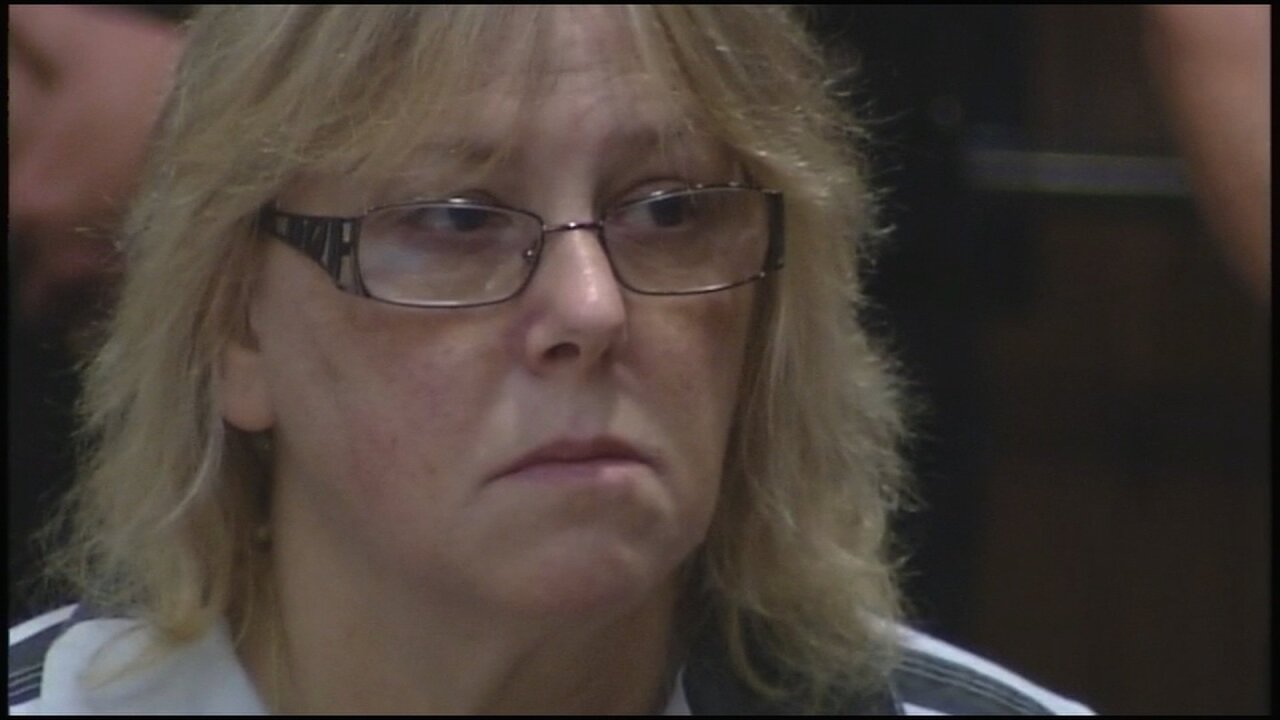 Joyce Mitchell, 51, the woman accused of helping David Sweat and Richard Matt escape from Clinton Correctional Facility in New York on June 5, 2015, pleaded guilty to two charges in the case on July 28.

Joyce Mitchell, who helped two convicted murderers escape an upstate New York prison in June, is headed to prison herself, as the judge said he didn’t find her explanation credible.

As tears streamed down Mitchell’s face, Judge Kevin Ryan said “you did terrible things,” and sentenced the 51-year-old former prison worker to up to seven years for first-degree promoting prison contraband, a felony, and a concurrent year for fourth-degree misdemeanor criminal facilitation.

Mitchell also must pay $6,375 in fines, court fees and surcharges, and has a November 6 hearing set to battle the state’s demand for $119,762 in restitution for costs associated with the sensational June prison break by inmates Richard Matt and David Sweat.

During the sentencing, Ryan said New York state had incurred $23 million in overtime costs related to the manhunt, and “no doubt millions of dollars more.”

The judge added that the economic and noneconomic costs were “incalculable” for people affected by the escape and ensuing pursuit.

Joyce Mitchell, 51, the woman accused of helping David Sweat and Richard Matt escape from Clinton Correctional Facility in New York on June 5, 2015, pleaded guilty to two charges in the case on July 28.

“A large portion of the local population were terrorized. Many were forced to flee their homes. Some did not not have places to go, and had to rent hotel rooms or leave the area. Many residents did not sleep for many nights, afraid that these two extremely violent individuals might be outside their homes,” Ryan said. “Law enforcement officers came here not just from across New York state, but from all over the country. They traversed very inhospitable territory, never knowing if the next step they took in deeply wooded areas might be their last. And think of their families at home, sick with concern and fright for their loved ones. At any time, you could have stopped the escape from happening.”

Mitchell cried throughout the sentencing hearing and apologized profusely as she asked the judge for mercy. But Ryan said he didn’t believe her excuse that she took part in the scheme because she was fearful for her family — especially her husband, Lyle Mitchell.

Joyce Mitchell potentially faced additional charges, based on allegations of sexual conduct with one of the inmates and of a conspiracy to have her husband killed.

However, Clinton County District Attorney Andrew Wylie allowed Mitchell a plea bargain in July, saying it was “in the interest of justice,” and it would be difficult to prove that Matt and Sweat planned to kill Lyle Mitchell after the breakout.

Prison workers at the Clinton Correctional Facility discovered the escape on June 6. A massive manhunt lasted for three weeks, until police shot and killed Matt, and then recaptured Sweat two days later.

Authorities said Mitchell, a prison tailor, provided Matt and Sweat with tools they used to cut through cell walls for their escape from the facility in Dannemora, New York.

Mitchell admitted buying a screwdriver bit for Matt in April, and then two hacksaw blades from Walmart the next month, bringing the blades to work in her bag, according to her statements to authorities.

“After a couple of days, he told me he and Inmate Sweat had cut the holes and were going down in the pipes,” Mitchell said in her statements to police. “I was already bringing stuff in to him, and didn’t really feel I could stop.”

But the night of the breakout, Mitchell got cold feet, and didn’t follow through on her role in the escape plan.

“I was to drive my Jeep and bring my cell phone, GPS, clothes, a gun, tents, sleeping bags, hatchet, fishing poles, and money from a package I never picked up,” Mitchell said in her statements.

The plan ultimately called for Mitchell and Sweat to be together, with Matt going off by himself, she said.

“On June 5, 2015, Inmate Matt told me it was the day he and Inmate Sweat were breaking out of the facility. I know I had agreed to help them escape and run away with them, but I panicked and couldn’t follow through with the rest of the plan. I really do love my husband and he’s the reason I didn’t meet Inmate Matt and Inmate Sweat,” Mitchell said in her statements.

“I didn’t want anything to happen to Lyle and I couldn’t imagine being without him. I believe I helped Inmate Matt and Inmate Sweat escape because I was caught up in the fantasy. I enjoyed the attention, the feeling both of them gave me, and the thought of a different life,” Mitchell said in the documents.