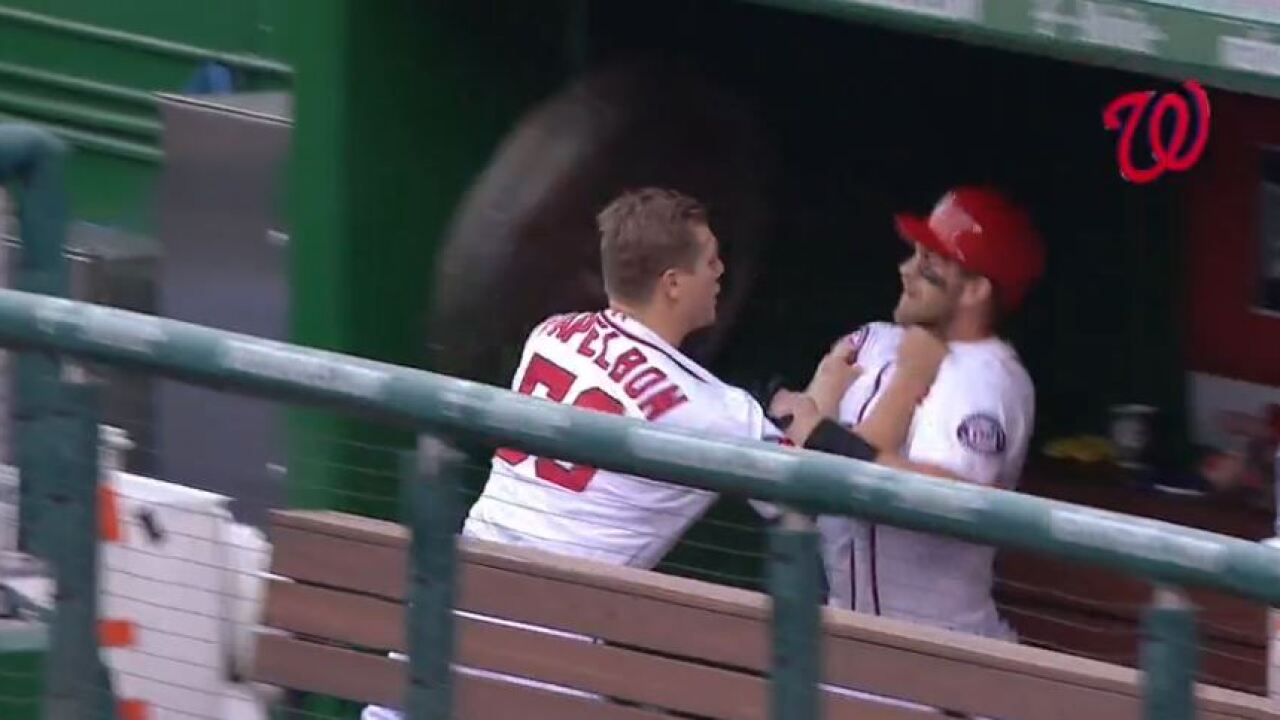 WASHINGTON — The Washington Nationals suspended relief pitcher Jonathan Papelbon for four games following a weekend altercation with star outfielder Bryce Harper. Papelbon went after Harper in the dugout Sunday after the two jawed about a fly ball Papelbon thought Harper should have run out.

“The behavior exhibited by Papelbon yesterday is not acceptable,” Washington Nationals team’s president Mike Rizzo said. “That is not at all in line with the way our players are expected to conduct themselves, and the Nationals organization will not tolerate it in any way.”