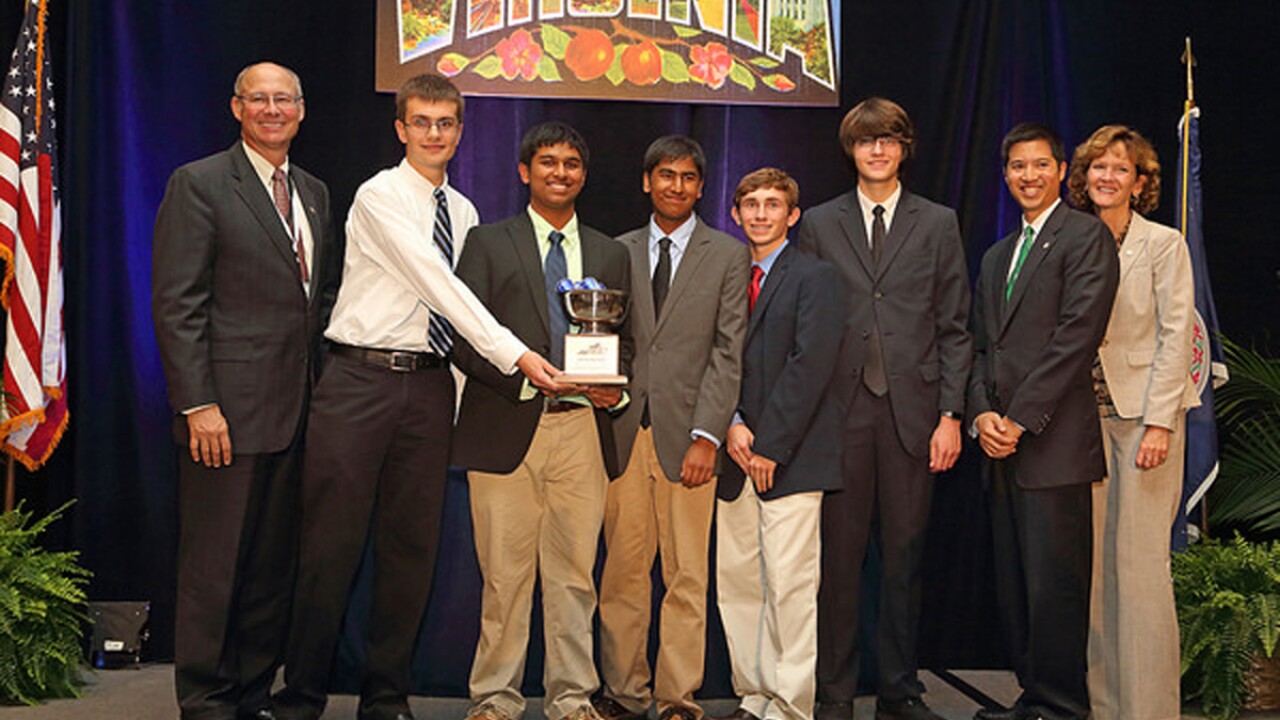 HENRICO, Va. – Some Deep Run High School students won at a statewide technology competition where they competed against college and professional teams.

The new statewide technology competition involves teams of students, government employees and regional computer coding groups. The Deep Run students worked on their entry over the summer, and were declared category winners Sept. 3.

The contest is the brainchild of state officials, and is an attempt to make Virginia’s government more efficient, transparent and responsive by making better use of data.

Participants create apps and other technology tools and compete in one of four categories: Universities; Virtual; State and Local Government; and Community.

In the Governor’s Commonwealth Cup, a competition pitting the Datathon category winners, the Deep Run “Data Wizards” won the People’s Choice Award and received a standing ovation, according to a press release.

To win the Virtual category, they had to create a working software application that used at least one state data collection, and submit it on the competition website. Their Web tool uses state educational data to allow parents to compare schools and school divisions in order to make informed decisions.

The team presented its work Sept. 9 at a conference of COVITS, the Commonwealth of Virginia Innovative Technology Symposium. In November, the team will present the project at a conference in Northern Virginia.

“This is huge,” said Lynne Norris, chair of the Deep Run specialty center. “For these students to win as the only high school team, against college teams and professionals, and then to be able to go on and present at a symposium? It’s a big deal.”

The team members will be honored at a competition dinner, where they will have a chance to get advice from the judges about how to expand on their work by creating a business.