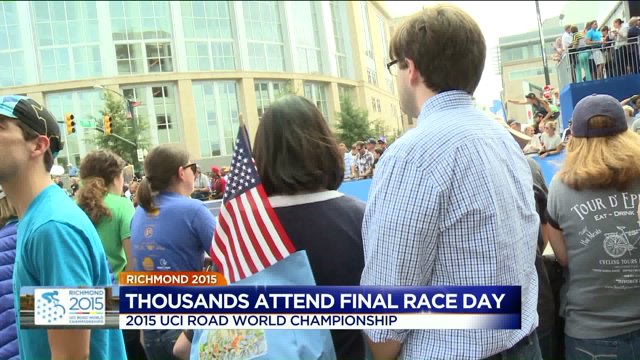 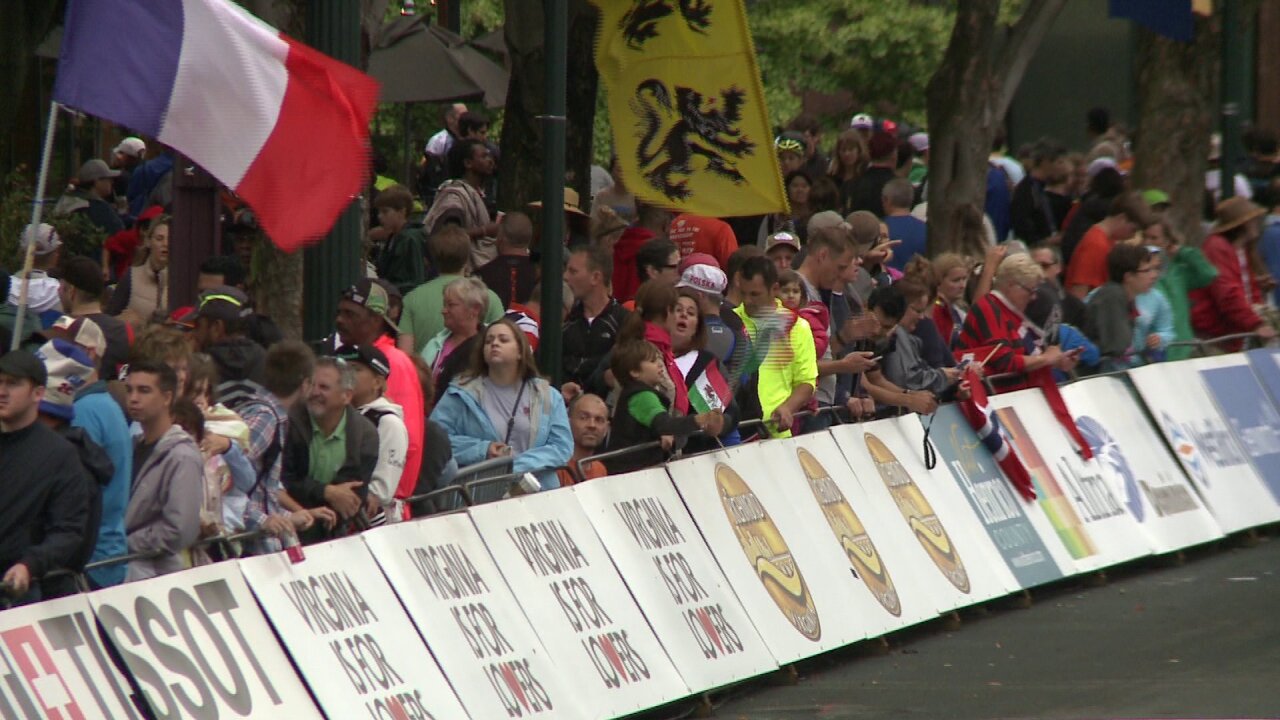 That does not mean 645,000 bicycle fans traveled to Richmond to cheer their favorite racer. An onsite spectator is considered a fan over the entirety of the event. So a fan who watched the race for 10 days, counted 10 times toward the 645,000 figure.

"We'll know more as we dig into data (hotel, tax receipts, etc.) over the coming weeks," Shanks said. "But RVA showed up big time and the world noticed."

Once the study is complete, official attendance and local economic impact numbers will be released.

"I'm extremely proud of the way the Richmond region pulled together in welcoming the world to our doorstep and showcasing our community globally," Richmond Mayor Dwight Jones said. "A truly remarkable series of championship races was topped only by the excitement and enthusiasm shared by hundreds of thousands of spectators who saw the very best of what Richmond has to offer."