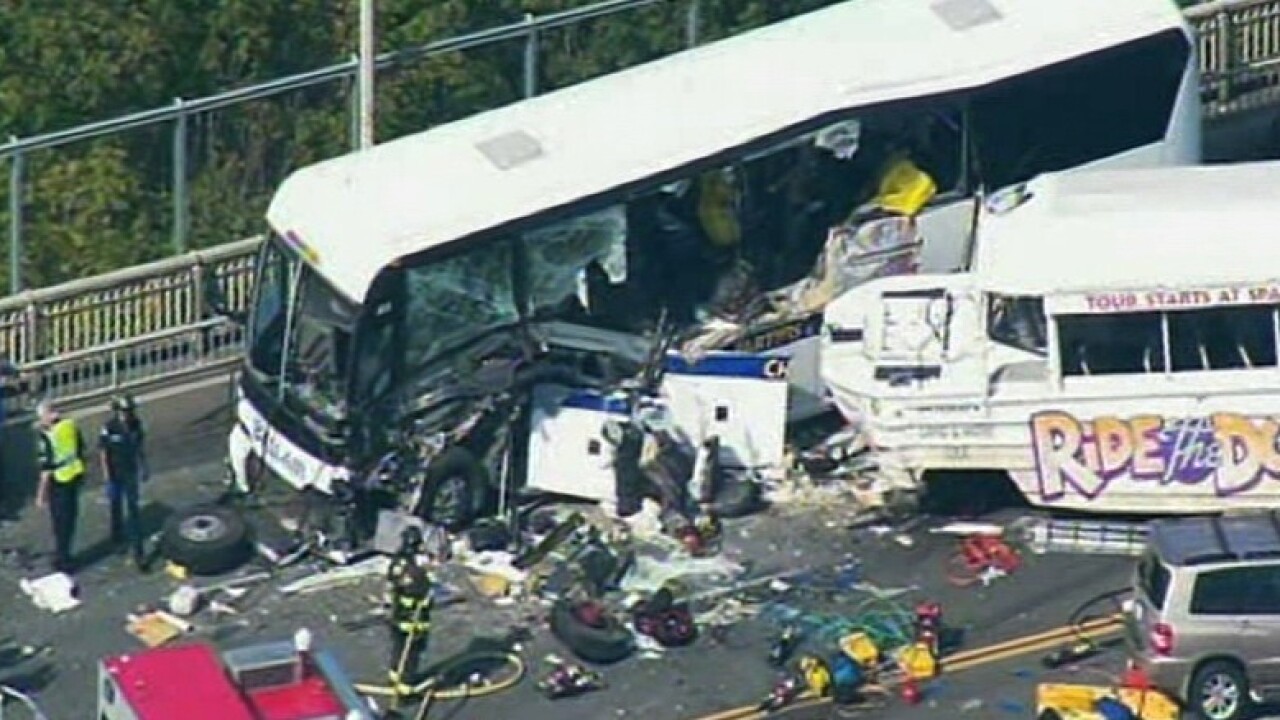 Federal investigators discovered Saturday that the amphibious tour vehicle that collided with a bus on a Seattle bridge had an axle that had been sheared off.

When the axle broke and whether it was a factor in the fatal crash is unclear.

Earl Weener of the National Transportation Safety Board told reporters the 1945 DUKW, or duck, boat lost its left front axle.

“For what reason yet we don’t know,” he said.

Four international students from North Seattle College were killed and about 50 other people were injured in Thursday’s crash.

Fifteen patients remain at Harborview Medical Center, a nursing supervisor who didn’t identify herself said. Five people are in critical condition and 10 are described as stable.

According to CNN affiliate KOMO in Seattle, witnesses have said the duck boat swerved into the side of the bus.

“It felt like we lost control, and I looked up and saw the bus headed towards us,” duck boat passenger Katie Moody told KOMO while in her bed at the hospital on Friday. She has a broken collarbone.

Weener said investigators are still trying to put together a sequence of events.

He said the World War II-era vehicle had been refurbished in 2005 with a new chassis and engine.

Red fluid, likely from the transmission, was spattered in the left front wheel well. Investigators will send the axle and other vehicle parts to a lab in Washington to be examined.

One theory is the wheel may have locked up. But it’s “way too early to say anything about probable cause,” Weener said.

The drivers of each vehicle have not been interviewed yet, he said.

The accident occurred as the duck boat, with more than 30 tourists aboard, crossed the six-lane Aurora bridge, which connects downtown Seattle and the Fremont neighborhood. The bus was carrying 45 new international students and school employees on an outing to see sites in Seattle.

The fourth victim is Runjie Song, 17, according to the King County’s Medical Examiner’s Office. Brown previously said she was from China.

Brown said the students had come to Seattle to improve their lives by seeking higher education and it’s “absolutely devastating” that Thursday’s events will keep them from fulfilling that dream.

The duck boat tour operator issued a statement: “Ride the Ducks of Seattle wishes to express its sincerest condolences to the family and friends of the people who were killed and those that were injured,” it said.