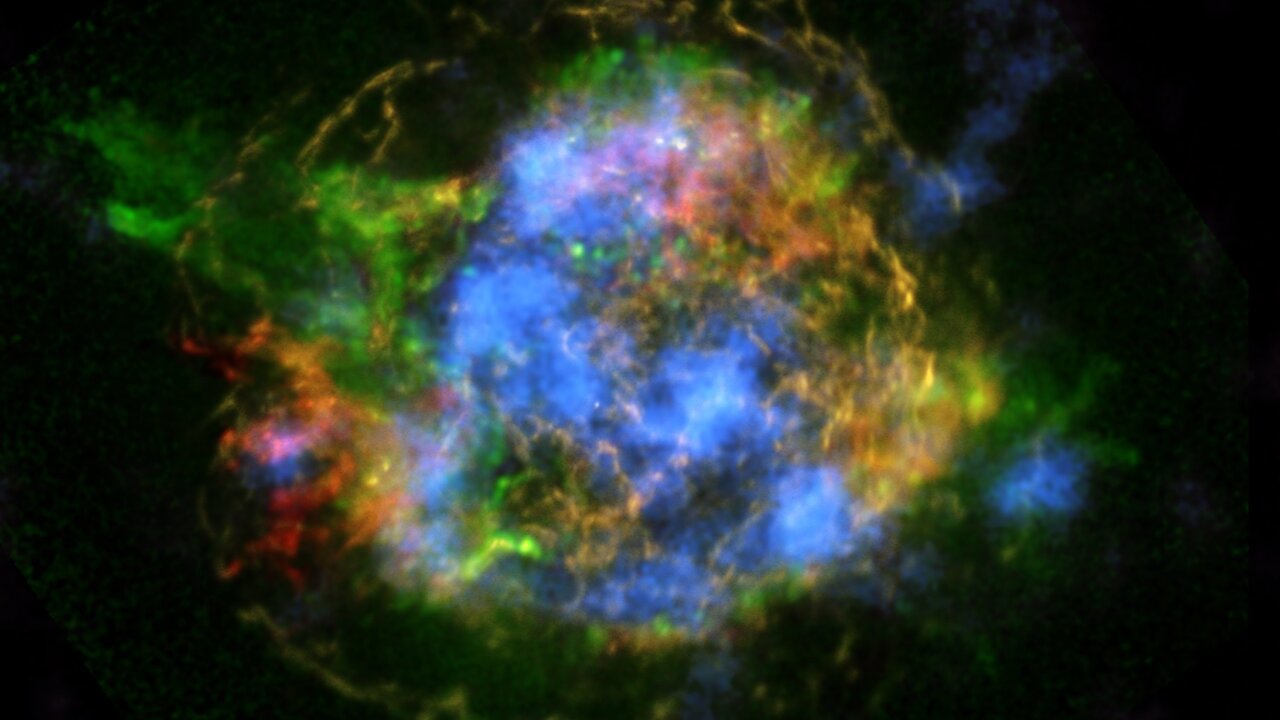 NASA’s NuSTAR telescope array generated the first map of radioactivity in the remnants of an exploding star, or supernova.

The research was done by astronomers at Keele University and the University of Central Lancashire and will be published in the Monthly Notices of the Royal Astronomical Society.

The galaxy, with the very clunky name of SAGE0536AGN, was discovered with NASA’s Spitzer Space Telescope. Scientists think it’s about 9 billion years old.

The research team says it confirmed a black hole in the galaxy’s center by measuring the speed of the gas swirling around it. Then, they used the Southern African Large Telescope to gather data to help determine the size of the black hole.

What they found blew away their theories about how galaxies evolve. The data indicated the black hole is 30 times larger than expected for this size of galaxy, according to a press release from the Royal Astronomical Society.

“Galaxies have a vast mass, and so do the black holes in their cores. This one though is really too big for its boots — it simply shouldn’t be possible for it to be so large,” said Dr. Jacco van Loon, an astrophysicist at Keele University and lead author of the new paper.

How did this happen? Researchers say it could be that the black hole just grew much faster than the galaxy surrounding it, or maybe the galaxy’s growth was prematurely stopped.

Scientists aren’t sure whether SAGE0536AGN is just a fluke or whether they’ve found a new class of galaxies.