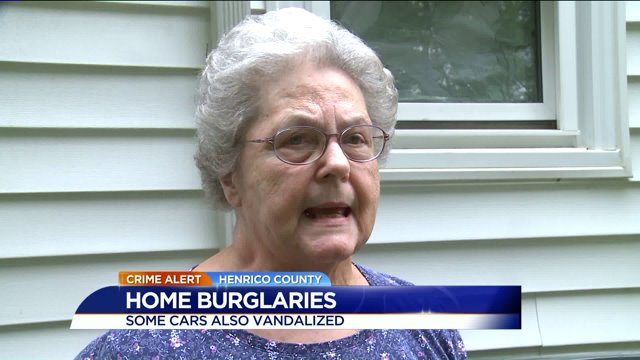 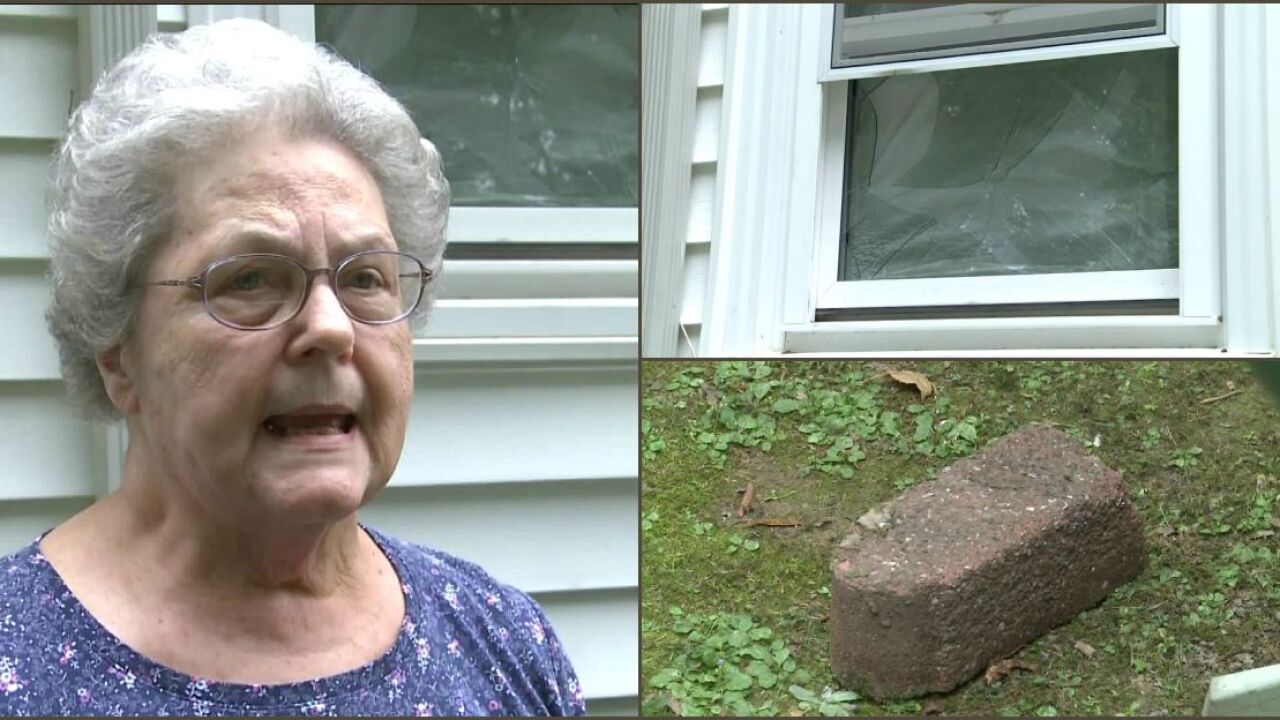 HANOVER COUNTY, Va. -- Thieves are breaking into Hanover homes while homeowners are away at work. The Hanover Sheriff's Office responded to three daytime home break-ins in one day - September 21.

"The incidents spanned the rural areas of eastern and central Hanover County. The burglaries occurred during the daytime hours when the homes were not occupied. Investigators are working diligently to identify the individuals responsible for these crimes," Hanover Sheriff’s Office spokesman Sgt. Matt Ratchford said.

"If you observe an unfamiliar vehicle pull into your neighbor’s driveway while they are at work, report that to us immediately. Obtain as much information as safely as possible. A vehicle description with a license plate number and direction of travel is extremely helpful," Ratchford said.

Living on Seabury Avenue in Sandston is generally quiet for Frances Wade until she received a call Thursday about someone breaking into her home.

When she arrived home, Wade said four rooms inside inside her house looked like a "disaster area." That's because Wade said the burglar grabbed a brick and shattered a glass window and get inside.

"The major thing that I discovered was is that they did take jewelry, costume and sentimental pieces," said Wade, who felt violated after the burglary. "I'm just sorry I didn't take quicker action."

That's because Wade said she noticed a man in a hoodie lurking near her home before she left for work.

"We have some people that will walk through our area, but this particular person that I did see -- I felt uncomfortable, perhaps, that he was up to no good," she explained.

And its not just Wade's home that was targeted. Henrico police said several unlocked cars were broken into a few blocks away on Kemper Court in Sandston two weeks ago. Officers said a few items were taken out of one of the vehicles.

As police search for suspects in these separate incidents, Wade plans to keep careful watch.

"I've never has any problems before which made me think this would never happen to me. But I know that's not true because things can happen," Wade said.

Investigators cannot say if the two incidents are connected and do not have any suspects in these cases.