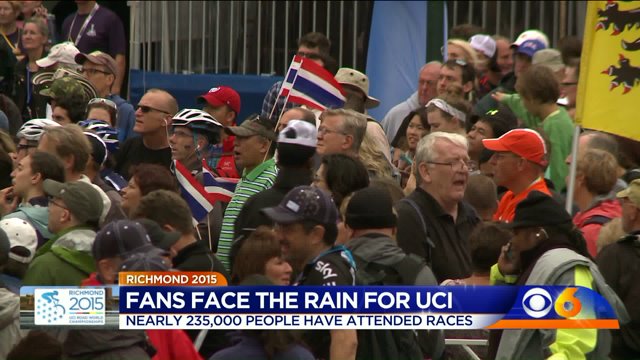 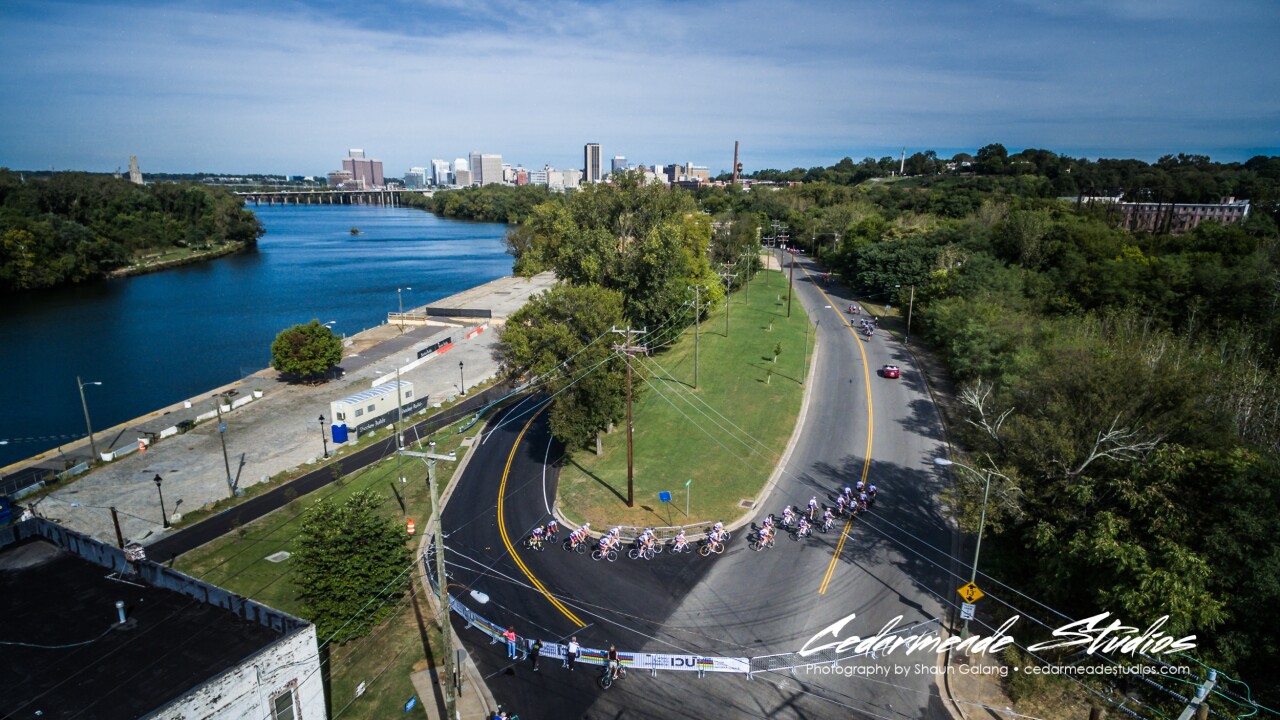 RICHMOND, Va. – It is the homestretch of the nine-day UCI Road World Championship event, but things are really cranking up for racers, who will cycle their longest distance yet and make the most extreme climbs.

Today is the last race and the Men’s Elite race starts at University of Richmond, just ahead of completing 16 laps around the River City, tackling Libby Hill cobbles and the thigh-burning, 300-meter finish up Governor’s Street.

The FanFest exhibition center will be open from 11 - 5 p.m. today. It is your last chance to watch the winners ride in and pick up tons of free stuff being handed out by vendors. That's including a free tattoo if you sign up early enough, from 12 - 3 p.m. or a free screenprinted Richmond tote bag by Studio 23, all at the Visit Richmond booth. There are tons of other local goodies as well.

Many locals have also set up pop-up shops on Broad and Marshall that have great items for sale.

The Men's Elite race begins at the University of Richmond, that is the part in blue.

Drivers are encouraged to use the following alternate routes:

Maybe now you understand why the crowds are expected to spike. There is some serious cycling ahead.

Use your options. There has been ample amounts of parking downtown, if exiting off of Third Street, head to Leigh, turn left and park near the back of the Coliseum for free.

Organizers suggest those driving in for the races should use remote parking and take a shuttle to the races. Parking, at $10 a day, must be reserved in advance, through 2015worlds.clickandpark.com.

Daily access to satellite lots will begin at 7 a.m. and will continue until 11 p.m. (move it or get towed).

Daily shuttle service to satellite lots will begin two hours prior to race events and will cease operation two hours after the podium ceremony. Not every lot will be active on every day.

Shuttles from all satellite lots will pick up and drop off spectators near the intersection of 2nd Street and Canal Street downtown, where an event information kiosk will be available.

While Fan Zones offer restrooms, beer, food, views and Jumbotrons,  here are some additional spots along the course that offer great views:

KNOW WHERE TO FIND THE FOOD TRUCKS

There will be 41 food trucks at the Richmond 2015 UCI Road World Championship Races. Now there are four locations where you can find them.