DOSWELL, Va. – On the fifth day of the UCI Road World Championships, Doswell played host to the start for the men’s elite individual time trial. The starting gate for Wednesday’s race was inside of the Kings Dominion amusement park, sandwiched between a Starbucks and the ticket office. About 1,000 people came out to witness the beginning of the race, said Katelyn Curry, the park’s communication manager.

It was more cycling fans than the organizers had expected. Students were out of school in Hanover and Henrico counties, so families came out to the park. Kings Dominion was open and free for the day and some of the rides remained open for visitors.

Rides were a bigger attraction for some of the younger visitors. David Floyd said he was looking forward to getting on what he thinks is the best ride.

“My favorite is the Intimidator,” Floyd said as first cyclists sped past behind him.

International visitors were also in attendance to cheer on riders from their countries. Claudia Escurabo, from Colombia, came to the United States for the first time to the watch the UCI races.

Escurabo added that she had enjoyed Richmond and thought that Kings Dominion was a good location to host the men’s race. 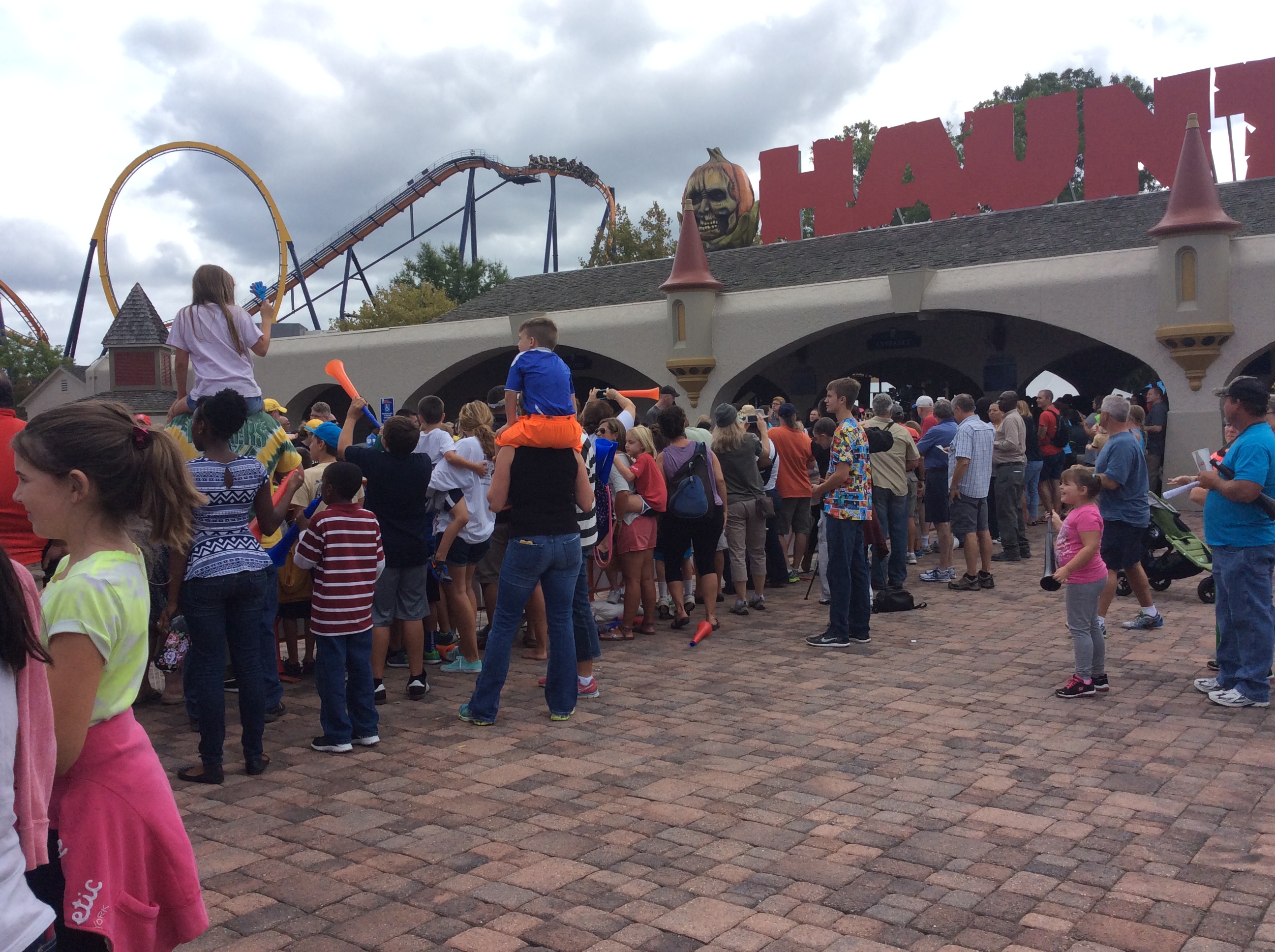 Kings Dominion is usually not open this time of year, so staffing was an “all hands on deck situation,” Curry said.

“But people are happy to do it,” she added. “There is some excitement in the air, people got here early this morning.”

Planning for placing the starting line inside of the park began about a year ago. Since then there have been regular committee meetings and communication between participating entities, Curry said.

“It’s been a great collaboration with (Kings Dominion), Richmond 2015 and Hanover County,” she said.

The race course began just inside the park and led riders through the park’s entrance, down the parking lot and pedaling towards Richmond. But this course placement, Curry said, was part of what the park and race officials had to work out over the past year.

Set up for the race began early Monday morning and continued until the race started on Wednesday at 1 p.m. At the end of the 32.9 mile long race, surprise winner Vasil Kiryienka from Belarus, and runner-ups Adriano Malori from Italy and Jerome Coppel from France were standing on the podium.

By Matt Leonard and Margo Maier (Special to WTVR.com)