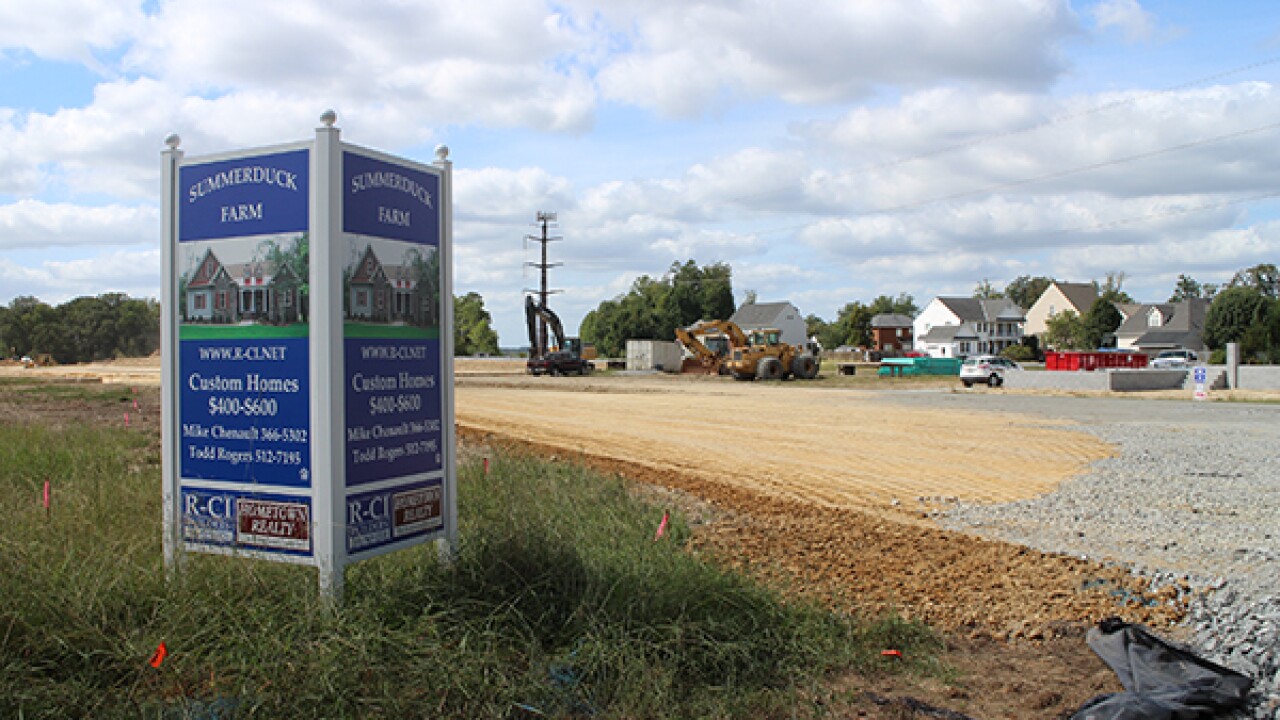 More than 60 homes are being built in Summerduck Farm. (PHOTO: Jonathan Spiers)

HANOVER COUNTY, Va. — A solitary grave on land slated for development has raised an unforeseen obstacle for a local homebuilder.

Mechanicsville builder Rogers-Chenault Inc. has filed an application with the Virginia Department of Historic Resources for a permit to relocate an unmarked grave found on land that is planned for a 68-home subdivision.

The grave was discovered behind an outbuilding on the former farm property, which was rezoned last fall to a single-family residential district at the request of the E. Tyree Chappell estate. Summer Duck Company LLC owns the property.

The grave is enclosed by a small fence. (PHOTO: Lyle Browning)

Terry Cave of Rogers-Chenault is applying for the permit with assistance from Lyle Browning of Midlothian-based archaeology firm Browning & Associates. Cave said the grave was discovered during site work and was obvious to workers due to fencing surrounding it.

Excavated topsoil revealed a discoloration that Browning said is an indicator of a possible gravesite. That the site did not include additional graves was a surprise, he said.