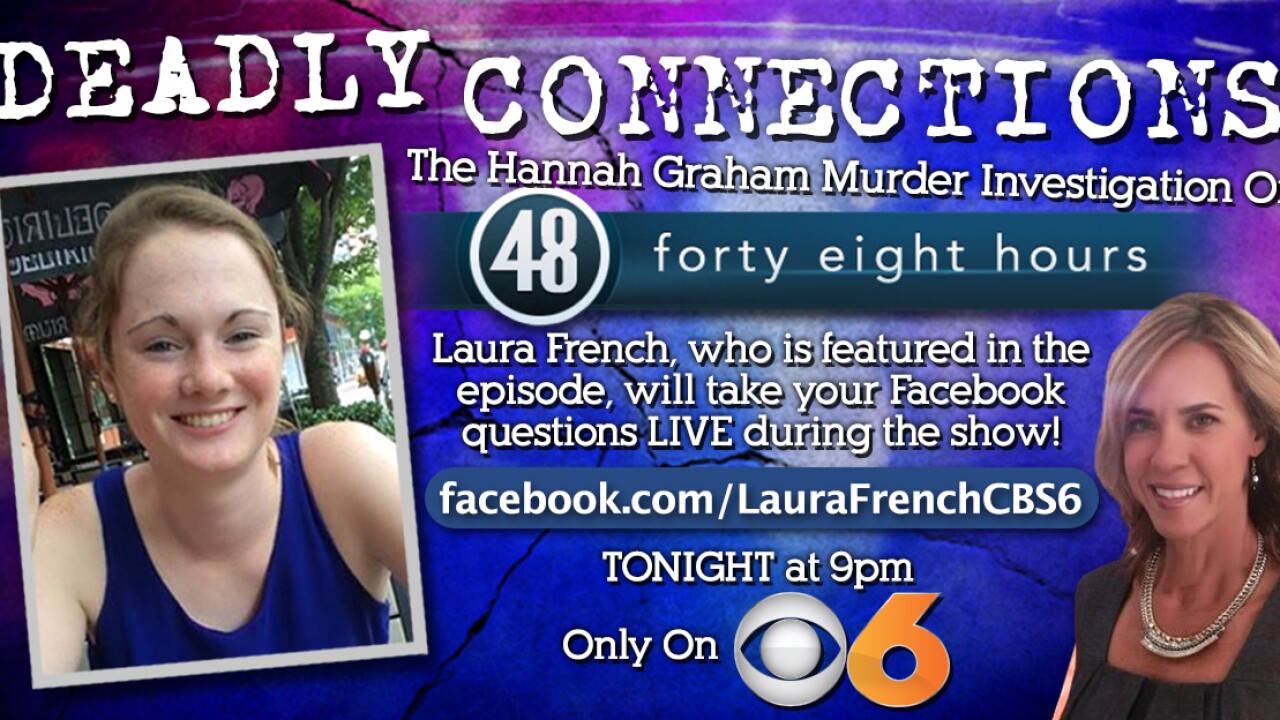 NEW YORK — Susan Spencer and “48 Hours” investigate the tragic disappearance of University of Virginia student Hannah Graham and the tireless police work that linked her alleged killer to other cases in “Hannah Graham: Deadly Connections,” to be broadcast Saturday at 9 p.m. on CBS 6.

The fast-moving two-hour broadcast kicks off the 28th full season of “48 Hours”and looks at how the lives of four young women who didn’t know each other are now intertwined in tragedy. Spencer also reports on the life of Jesse Matthew, a man who was caught on surveillance cameras walking with Graham and is allegedly the last person to see her alive.

“Hannah Graham: Deadly Connections” tells the story of a bright, young, college student with a promising future who went missing in Charlottesville, Virginia and was ultimately murdered. Graham disappeared after a night out with friends. The search for her was the most exhaustive in Virginia history. After her body was found, the investigation into her death generated national attention, leading the police to other cases of unsolved attacks against young women spanning a decade.

“We are part of a club. We’re part of an ugly little club,” said Gil Harrington, mother of Virginia Tech student Morgan Harrington, who went missing after a Metallica concert in 2009 and was later found dead in 2010.

“We still haven’t found Alexis,” says Trina Murphy, the aunt of Alexis Murphy, a young woman who was last seen at a Virginia gas station in 2013.