All clear after suspicious bag shuts down Fredericksburg Amtrak station

FREDERICKSBURG, Va. -- Police closed the Amtrak station in Fredericksburg to investigate a suspicious piece of luggage Thursday morning. Business owners near the station on Princess Anne Street confirmed police ordered them to evacuate their buildings.

"The Fredericksburg train station is blocked off from Sophia Street to Prince Edward Street," Fredericksburg Police said. "Police are asking people stay clear of the area. No trains are leaving the station or passing through at this time. A suspicious package was found on a train that came up from Richmond. Police are investigating the situation to determine what is in the package."

The man, who had boarded Train 86 that left Richmond's Staples Mill station at 6 a.m., was taken into custody. However, the man was later released after officers determined the suspect did not commit a crime.

10 am update: police have searched the train and determined it is safe. @Amtrak working on train operation. #FXBG pic.twitter.com/N8WTWqMW0a

At the Staples Mill Amtrak station Thursday afternoon, passengers like Alex Martin were waiting for the train heading to Charlotte North Carolina.

Martin, who said this was his first time traveling by train, said he was surprised to hear about the suspicious bag on board an earlier train.

"I don't think that's really safe for the people, especially what's going on in the world today," Martin said.

According to police, a man tried to leave some of his baggage at the Richmond train station when he boarded the train bound for Boston. A conductor told him he couldn't do that and insisted he take his bag. That conductor described the man's behavior as suspicious.

As a result, when the train reached Fredericksburg, officers evacuated passengers shutdown the train station and the man with the suspicious package was taken into custody.

However, he was later released and the train was cleared to resume its route. 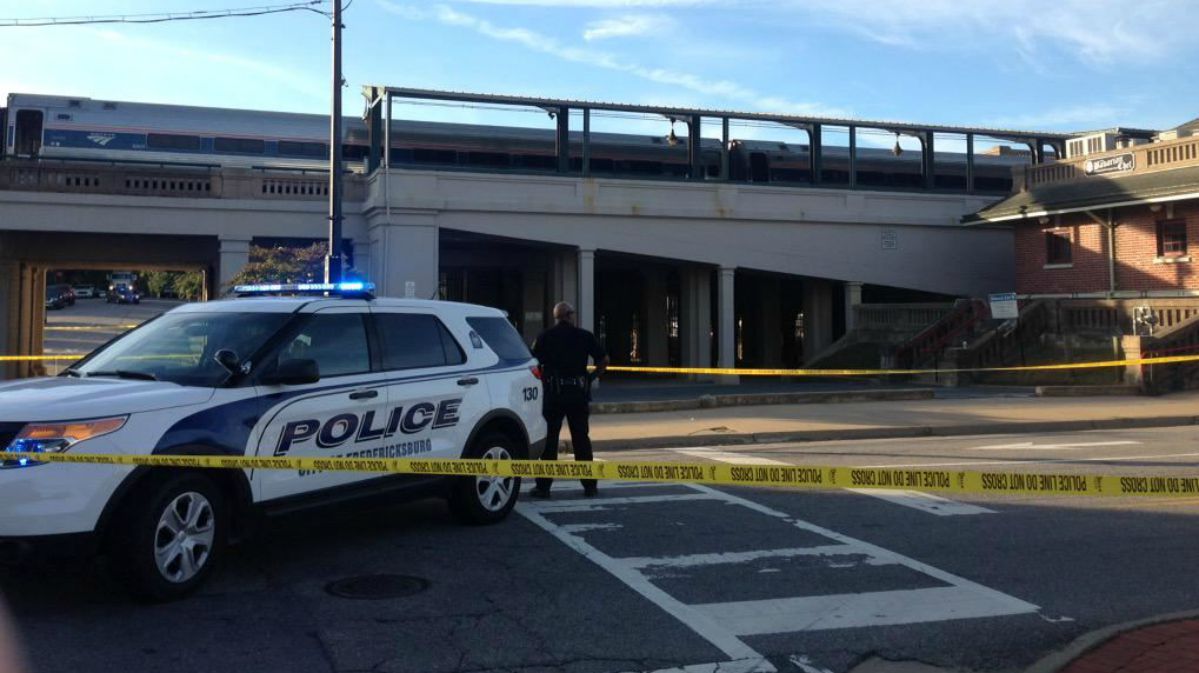 "When you have children and families and safety involved, it's important," said Jeanne Nelson.

"It does scare me a lot. I do worry that there will be copycats doing the same thing," said another Amtrak passenger.

WTVR CBS 6 wanted to know why trains don't have the same security measure as airports.

"The train station is different. It hasn't been used as a target population the way the airplanes have. 9/11 was specifically averted around flying planes into buidlings and victimizing as many people as possible," VCU Associate Professor of Criminal Justice and Homeland Security William Pelfrey said.

Pelfrey, who heads up the university's homeland security department, said pre-screening passengers on Amtrak is possible, but there is a caveat.

"It would be a logistical nightmare," said Pelfrey. "It would also take a huge change in the Amtrak tradition -- and Amtrak philosophy. But I don't know that it is possible without a tremendous funding change."

Amtrak officials said there are specific signs to look for when it comes to spotting a suspicious package:

In light of this incident, CBS 6 asked Amtrak officials if they would consider changing their baggage screening policy. However, as of 6 p.m., the station had not yet heard back.

Earlier in the day, Amtrak officials released the following statement about the incident:

Service on Amtrak Train 86 was temporarily suspended earlier today in Fredericksburg, Va., due to suspicious activity. The 70 passengers were removed from the train and transported away from the scene as local authorities investigated. Once the investigation was complete, authorities gave the clearance for the train to resume service. Passengers returned to the train and service resumed at around 10:18 a.m. Residual delays are expected as service of all rail lines resume through the area.

Train 86 is the Northeast Regional and travels daily from Richmond, Va., to Boston. Contact the Fredericksburg Police Department for specifics about the incident authorities are investigation.

The safety of our passengers and employees is Amtrak's highest priority. Amtrak has a robust and layered approach to safety that involves multiple measures including the presence of Amtrak Police and K9 at hubs and partnerships with local and federal law enforcement to respond and assist along our routes. The Amtrak Police Department conducts random and periodic train rides and works with federal and local intelligence groups to ensure our passengers’ security.