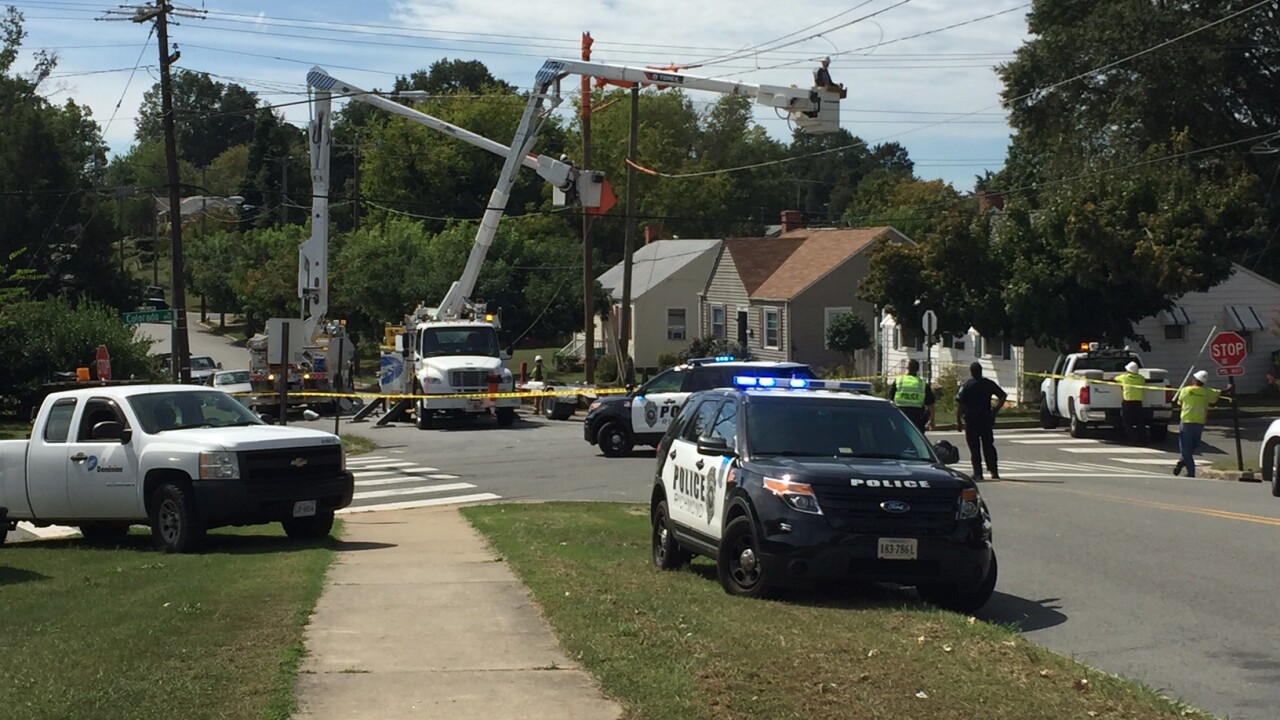 RICHMOND, Va.  — More than 600 Dominion Virginia Power customers lost power when an empty GRTC bus rolled onto a sidewalk and into a power pole. The crash happened at about 10 a.m. along Robinson Street and Colorado Avenue in Richmond.

“The bus operator had stopped the bus and exited the vehicle to investigate a digital destination sign error, which is located on the front and side of the bus. While the bus operator was still outside of the vehicle, the bus began rolling from its stopped position,” GRTC spokeswoman Carrie Rose Pace said. “The bus rolled onto the sidewalk, impacting a Dominion utility pole and a tree. No injuries were reported, but the Richmond Police Department and an ambulance responded to the scene.”

Power was expected to be fully restored by 4 p.m.

“The investigation is ongoing as to why the bus began moving. GRTC security cameras on board the bus will aid this investigation, capturing both video and audio inside and outside of the bus,” she said. “The bus operator, per protocol, will also undergo a post-incident check-up. The operator did not report any injury.”

A replacement bus was put into service on the Route 3 Robinson to continue providing transit service to customers, Rose Pace said.