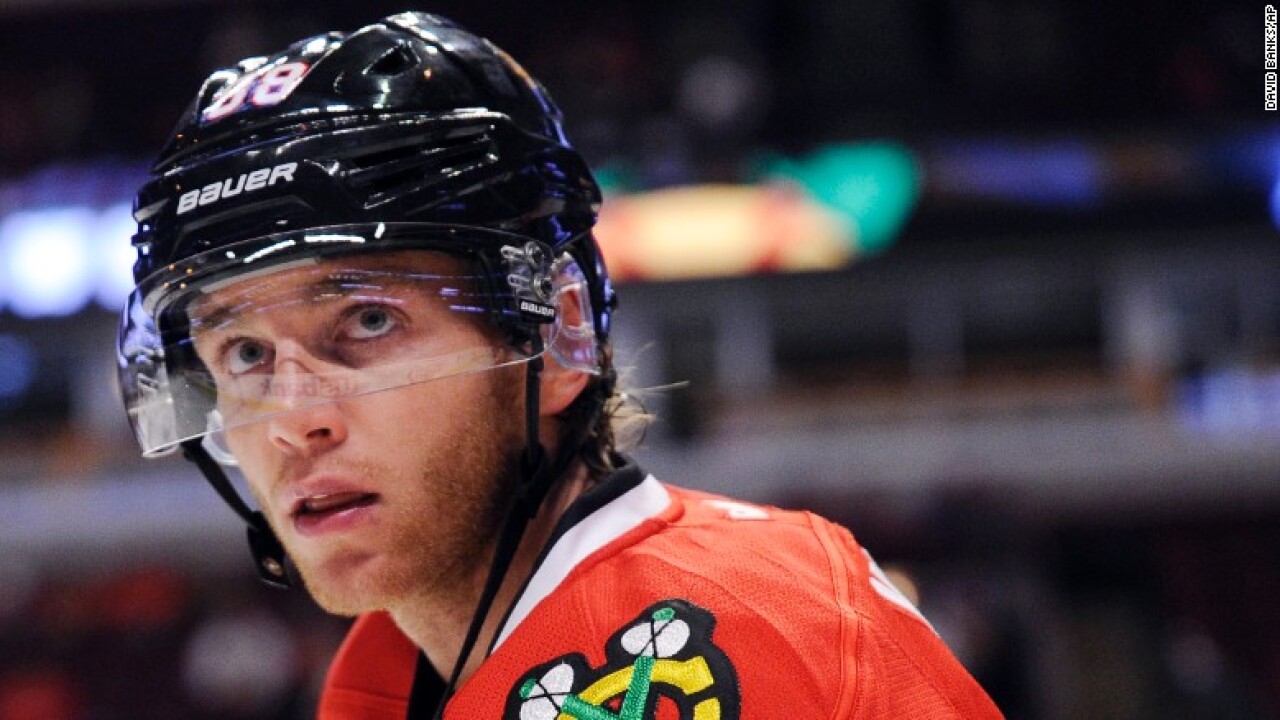 NEW YORK — The attorney for a woman who claims she was sexually assaulted by Chicago Blackhawks star Patrick Kane withdrew from the case on Thursday, one day after saying an evidence bag containing his client’s rape kit had been tampered with.

Thomas Eoannoua had claimed that the bag had been anonymously delivered to the home of his client’s mother. Police have said all evidence connected to the case was accounted for and intact.

“This evening information was provided to my office, which established misrepresentations were made to me about the facts concerning the discovery of the rape evidence bag. In keeping with my ethical obligations as an officer of the court, I can no longer represent my client effectively, and am withdrawing,” Eoannoua told reporters Thursday.

He added: “This does not in any way reflect upon what occurred on the night in question.”

The night in question refers to what may or may not have happened at Kane’s New York home one night in early August. The Hamburg Police Department has said it was investigating an alleged incident there. Hamburg is south of Buffalo.

He declined to answer a reporter’s question on whether the case had anything to do with rape or sexual assault.

Kane has not been charged, and both he and his attorney have denied any wrongdoing.

“This has been an incredibly difficult time for many people. I cannot apologize enough for the distraction this has caused my family, my teammates, this incredible organization, and of course our fans,” the hockey star said last week.

“While I have too much respect for the legal process to comment on an ongoing matter, I am confident that once all the facts are brought to light, I will be absolved of having done nothing wrong.”

Paul Cambria, Kane’s lawyer, told reporters Wednesday that he’d been told Kane’s DNA was not found on the alleged victim “from the waist down.”

“My client maintains his innocence. So far, everything that we’ve been given from a physical evidence standpoint is consistent with what he says, and not consistent with forcible intercourse,” the attorney said.