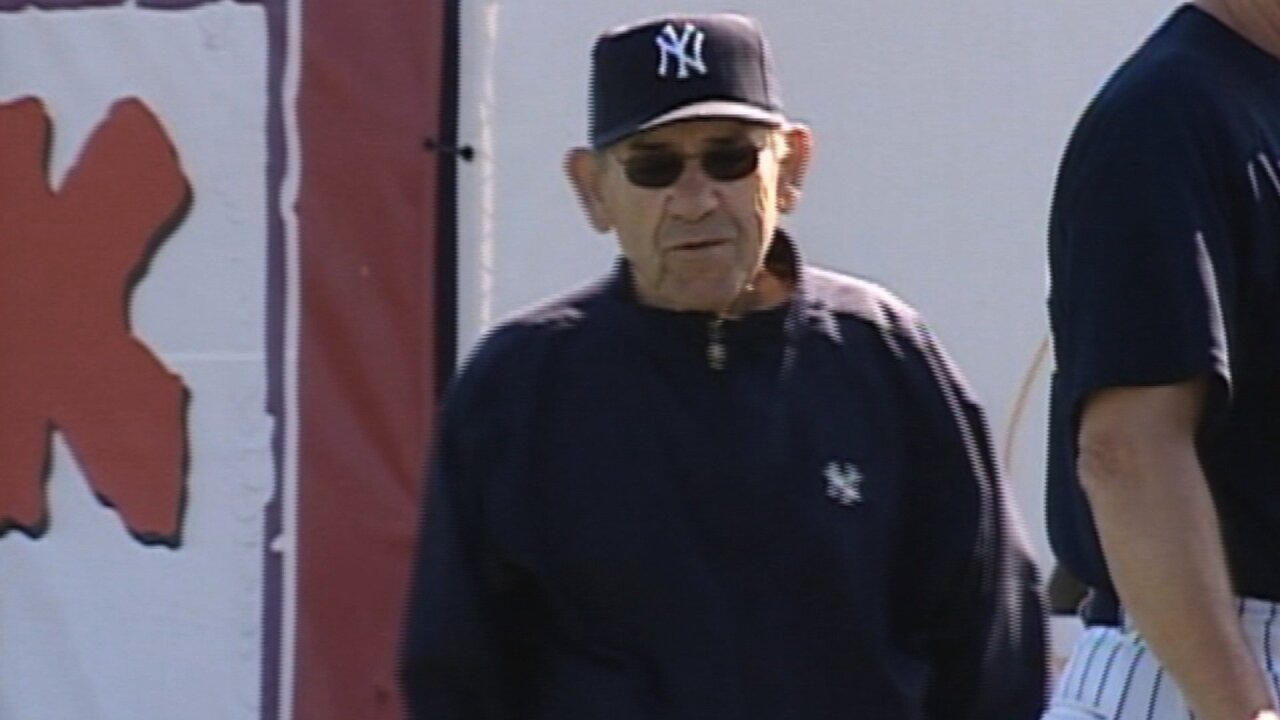 NEW YORK, NY — Yogi Berra, one of the greatest catchers in baseball history who also was known for his humorous malapropisms, has died.

He died Tuesday night, the Yogi Berra Museum said. He was 90.

You don’t have to be a baseball fan or even know who Yogi Berra was to appreciate his wacky way with words.

His colorful, disjointed sayings — known as Yogisms — have been quoted by countless politicians and are now fixtures of the American lexicon.

Most of his Yogisms are either paradoxical or obviously redundant. But so-called Yogisms weren’t always uttered by the World Series champion.

“I never said some of the things I said,” he once said.

Here are some of his most memorable Yogisms that actually came from the Hall of Famer:

“It’s déjà vu all over again.”

“I didn’t really say everything I said.”

“I want to thank you for making this day necessary.”

“We made too many wrong mistakes.”

“You can observe a lot by watching.”

“The future ain’t what it used to be.”

“It gets late early out here.”

“If the world were perfect, it wouldn’t be.”

“If the people don’t want to come out to the ballpark, nobody’s going to stop them.”

“Pair up in threes.”

“Why buy good luggage? You only use it when you travel.”

Former President George W. Bush once said he could use some help from Berra’s wordsmith ability.

“Yogi’s been an inspiration to me, not only because of his baseball skills, but of course for the enduring mark he left on the English language,” Bush said. “Some in the press corps think he might even be my speechwriter. ”