Yogi Berra, one of the greatest catchers in baseball history, dead at 90 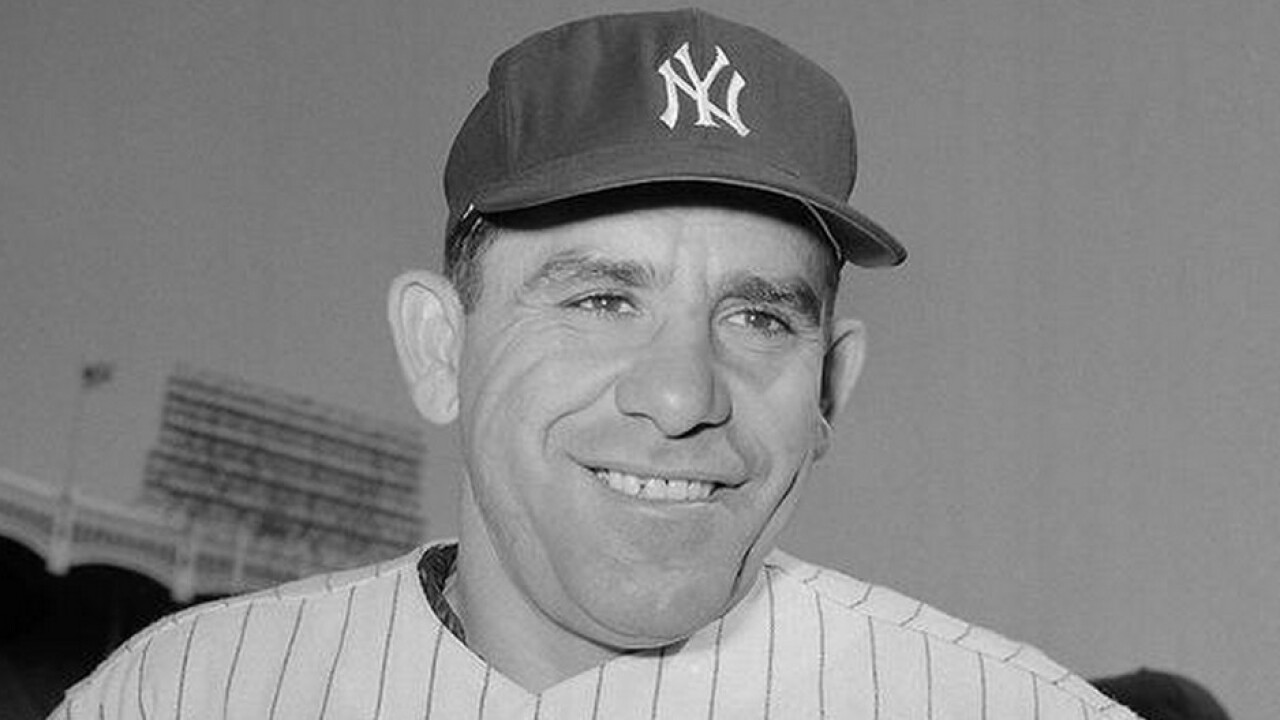 NEW YORK, NY — Yogi Berra, one of the greatest catchers in baseball history who also was known for his humorous malapropisms, has died.

He died Tuesday night, the Yogi Berra Museum said. He was 90.

Berra was one of the greatest catchers in baseball history. But it is for his sometimes mystifying utterances, or Yogisms, that he is most widely known.

Perhaps his most famous observation was, “It ain’t over till it’s over.” It was pure Yogi — at once blindingly obvious, yet beyond that a call to courage, an exhortation never to give up until the ballgame’s final out.

Berra was the backbone of a New York Yankees dynasty that won 10 World Series championships — the most in the sport’s history.

He was born Lawrence Peter Berra, the son of Italian immigrants. One version has it that he earned the nickname “Yogi” from a childhood friend who said the snake charmer in a movie looked like Berra.

He dropped out of school in the 8th grade to help support his family by playing baseball, then later served in the U.S. Navy.

His early years on the field weren’t so successful.

He said his fingers were so short that they had to be painted just to be more visible to pitchers.

He holds several World Series records, including most games by a catcher (63); hits (71); times on a winning team (10); first in at bats, first in doubles, second in RBIs, third in home runs and walks; and he hit the first pinch-hit home run in World Series history in 1947.

As much a source of folk wisdom as he was a competitor, Berra’s colorful, disjointed turns of phrase made him one of the most quoted Americans since Mark Twain, and a favorite of politicians of both parties — even though some of the remarks weren’t actually uttered by him.

“Yogi’s been an inspiration to me,” George W. Bush once said. “Not only because of his baseball skills but because of the enduring mark he left in the English language.”

Among his contributions to the vernacular: “When you come to a fork in the road, take it,” and “It’s deja vu all over again.”

His lovable persona became the inspiration for the cartoon character Yogi Bear.

After his record–breaking run with the Yankees, Berra became the team’s manager in 1964 — only to be fired after losing to the St. Louis Cardinals in the World Series.

So he joined the nearby New York Mets as a player and coach.

Berra was elected to the Baseball Hall of Fame in 1972.

Three years later, he was fired by the Mets and later rehired as manager of the Yankees.

He was fired once again, by Yankees owner George Steinbrenner, in 1985, after just 22 games. But Steinbrenner fired Berra through an emissary rather than in person, leading to a rift between the two men that lasted nearly 15 years.

Berra finished his baseball career in 1992 as a coach for the Houston Astros.

“It was fun,” he reminisced at the opening of the Yogi Berra Museum and Learning Center in New Jersey. “If I had to do it over, I’d do it again.”