Trump ducks Colbert’s question, was Obama born in the USA? 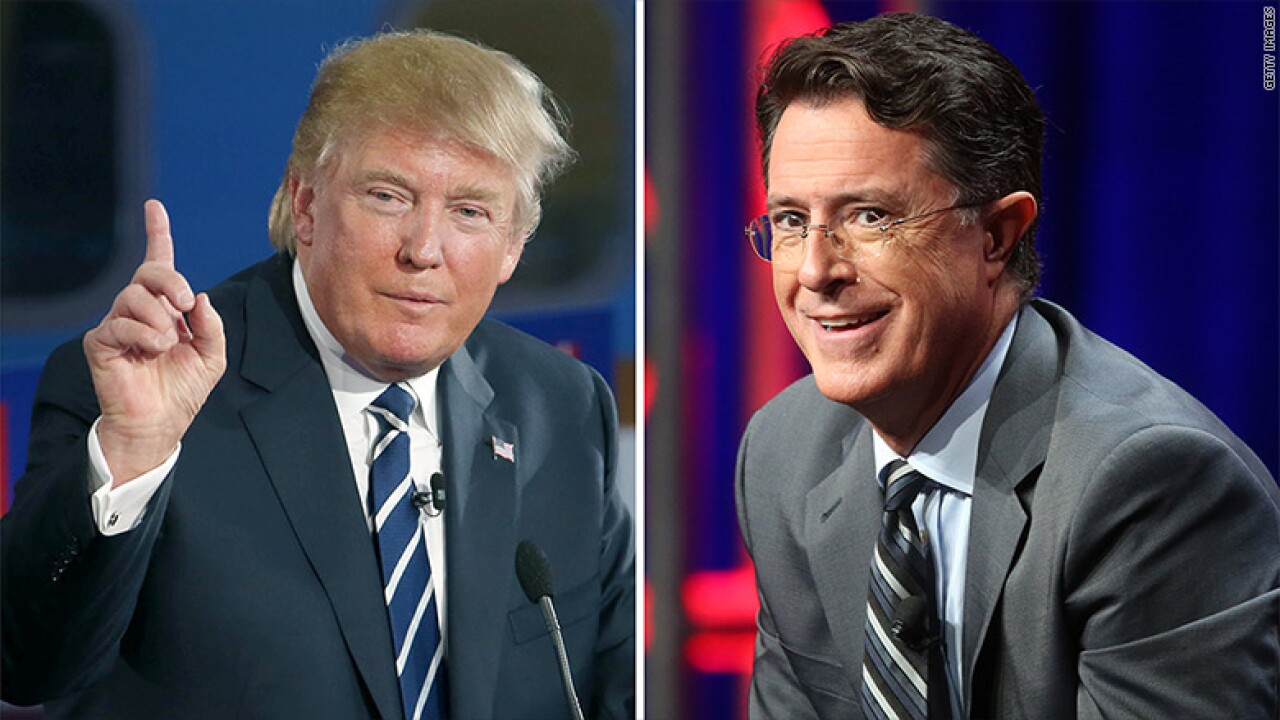 NEW YORK — Donald Trumped ducked an attempt Tuesday by Stephen Colbert to get him say whether he believes President Obama was born in the United States.

Colbert called the question a “big fat meatball” that Trump would never have to respond to again if he answered during an afternoon taping of the “Late Show” episode.

“I don’t talk about that anymore,” Trump deflected, saying he would rather talk about jobs and veterans’ affairs. After Trump didn’t answer, Colbert said that the “meatball was now being dragged down subway steps by a rat.”

Trump has in the past been a vocal supporter of claims that Obama was not born in the U.S.

The brash presidential candidate is Colbert’s headliner on Tuesday’s “Late Show” in which the two spoke about immigration, the Iran deal, and Trump running for president.

“I want to thank you for running for president,” Colbert said. “This stuff writes itself.”

Trump, the GOP front runner, has done many late night appearances before, but has never sat down with Colbert prior to Tuesday.

Tuesday was a gamble for Trump since Colbert isn’t known to pull punches with his guests, especially those in the political realm.

However, Colbert was cordial and Trump seemed comfortable playing to the audience, some of whom gave him a standing ovation when he came out.

With Trump being a vocal critic of the deal, Colbert had the mogul sign a copy of his book “The Art of the Deal” for Moniz. Trump jokingly signed the book, writing, “better luck next time.”

Trump bashing has been a frequent facet of Colbert’s “Late Show.” One of the highlights of Colbert’s debut earlier this month was a bit in which Colbert gorged on Oreos while also gorging on Trump news coverage.

The “Late Show” appearance for Trump comes a little more than a week after he visited Colbert’s late night rival Jimmy Fallon and “The Tonight Show.”

Trump’s “Tonight Show” guest spot was considered to be a “love-fest” by some, but gave Fallon a big ratings win over Colbert that night. Colbert looks to return the favor Tuesday against Fallon’s guests, Anne Hathaway and Anthony Anderson.

In fact, Colbert played a game with Trump on Tuesday to see if he could figure out which quote was said by Trump or by Colbert’s “Report” character.