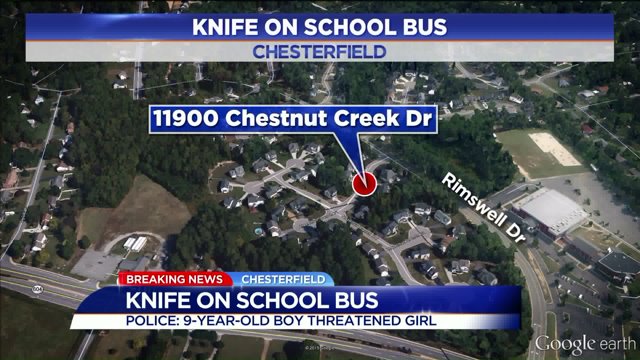 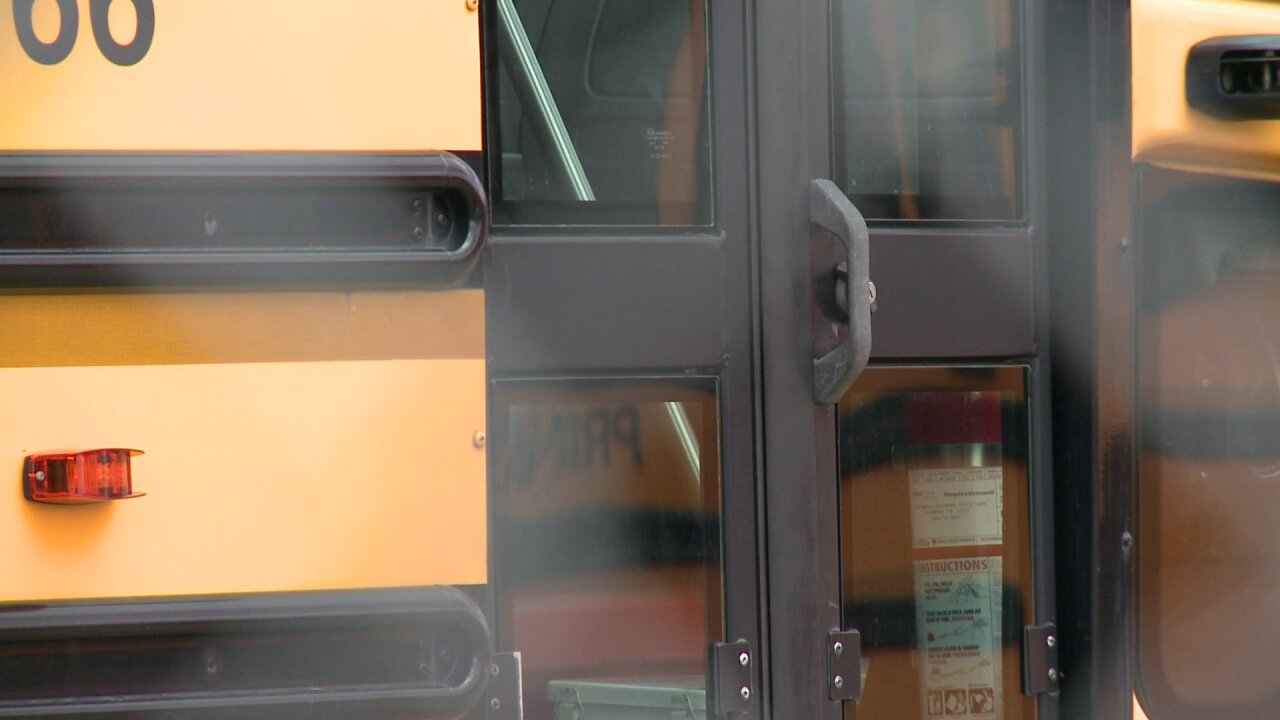 CHESTERFIELD, Va. -- A nine-year-old boy with a knife threatened a 10-year-old girl on a school bus, according to Chesterfield Police.

The incident happened Thursday, September 17. The bus had left Evergreen elementary and was traveling along Walnut Grove in the 11900 block of Chestnut Creek Drive.

The student opened a two-inch folding knife, closed it and then put it away. That’s when he made a threatening statement, according to police.

No one on the bus was injured and no charges have been filed.

Chesterfield School spokesperson Shawn Smith released a statement about the incident, without going into any detail.

"We take very seriously our responsibility to provide a safe and supportive learning environment that is free from disruption. To protect students' rights to privacy, the Congress of the United States has enacted the Family Educational Rights and Privacy Act (FERPA). This law prohibits school divisions from releasing certain student information without the express written permission of parents or guardians.”