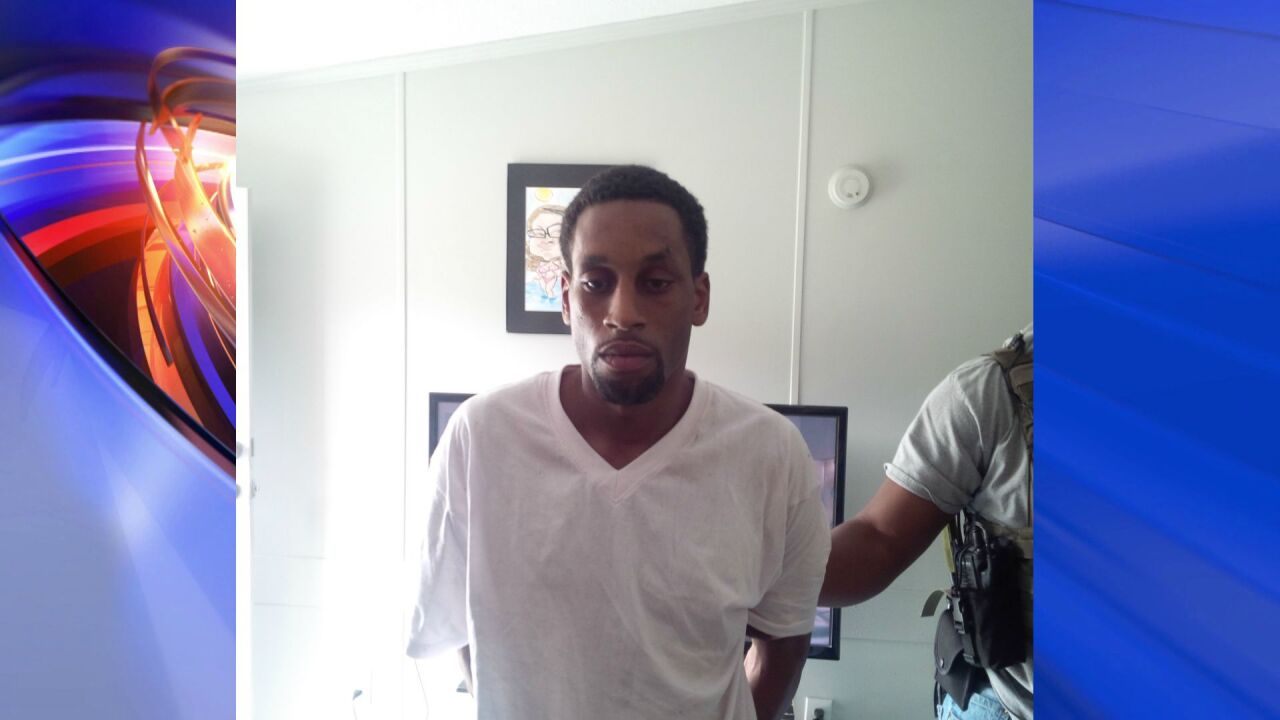 Monroe, who also goes by “FERB,” was wanted on a number of charges, including Felonious Assault, Burglary, Grand Larceny, Child Neglect.

Monroe allegedly broke-in through a front window of a home in the 700 block of Davisville Court on July 19 and had a “verbal altercation” with a woman inside.

When the victim tried to call authorities, Monroe allegedly destroyed her phone, grabbed a knife and slashed the woman on her hand and leg in front of her four-year-old child. The woman was taken to the hospital with non life-threatening injuries.

Monroe is being held at the Riverside Regional Jail.

“The U.S. Marshal’s Fugitive Task Force, of which the Hopewell Police Department is a member, has proven to be an invaluable asset,” said Chief John Keohane.