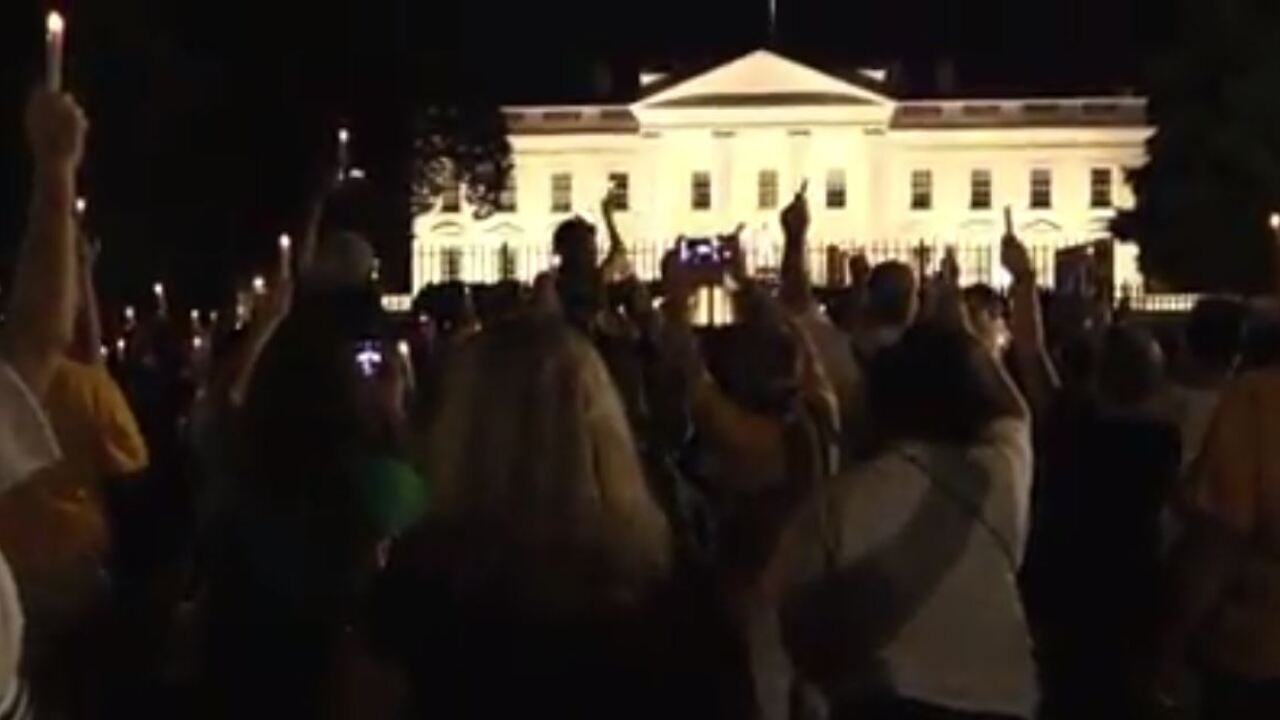 CureFest for Childhood Cancer Sept. 2014 This weekend had many historic moments. One of the highlights was the candlelight vigil at The White House when approximately 1,000 people of all ages came together to honor the children we have lost to cancer. Special thanks to our friend and partner Tony Stoddard for coming up with the idea of “A Night of Golden Lights.” Also thank you to the many individuals and organizations that pitched in to make it happen.

WASHINGTON — The Secret Service apologized for an emotional incident Saturday during which hundreds of child cancer patients and their parents were moved out of the park across from the White House, so that President Barack Obama could be driven to an event nearby.

In a statement, agency spokesman Brian Leary said that need to move the group, numbering around 700 for an awareness-raising event and candlelight vigil, was based on “standard US Secret Service protocols” while the President was being transported by motorcade.

The Secret Service did not comment on why the closure for this particular travel was so lengthy, but did apologize:

“The Secret Service would like to express its regret for not communicating more effectively with this group concerning the timeline for protectee movements in the vicinity of Lafayette Park.”

Attendees described scenes of crying children and angry parents being barred from re-entering the park for at least two hours during the time the Secret Service had closed and guarded the area, despite the group having obtained a permit to use the park between 7-9 p.m. Saturday.

Many of the children became tired or needed their medication, and had to return to their hotels with their families.

Cancer survivor Sam Mays said the group was setting up for a candlelight vigil in memory of children who died of cancer.

“After the CureFest welcome event, at about 7:30 p.m. we were supposed to go to the park for the candlelight vigil,” Mays, a VCU student. said. “We started getting set up and the secret service kicked us out. I waited until about 10 p.m. and we were never let back in.”

Park closures, like the one the childhood cancer patients experienced, are frequent and also affect the pedestrian area outside the White House. Officers clear the entire area to limit potential threats to the President or dignitaries.