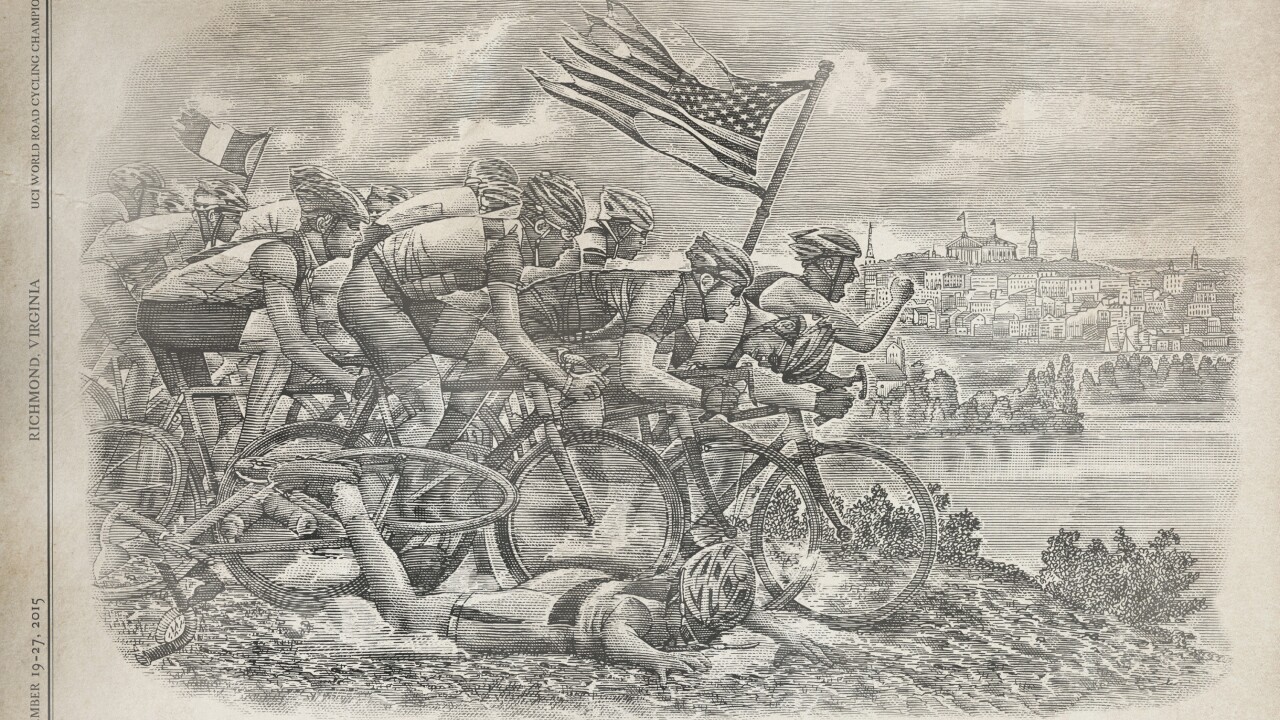 RICHMOND, Va. — An advertising campaign meant to celebrate the arrival of the UCI Road World Championships has been pulled by the Richmond agency that created it.

A series of posters and radio spots produced by The Martin Agency that blended bike race imagery with Richmond’s Civil War history was shared with industry trade publications and local media outlets earlier this month. But after media coverage of the campaign picked up last week, some of the ads were taken off the radio and removed from the agency’s site.

Agency spokesman Dean Jarrett said the decision was made to pull back on the campaign so as not to distract from the actual event, which got underway Saturday and continues through this weekend.

“Some of (the) coverage in the trades was delayed and focused more on Richmond’s past than it did on the upcoming races. That was not our intention,” Jarrett said in an email. “RVA has been preparing for this event for four years and we didn’t want anything to detract from that so we simply hit the brakes so the bike races, here and now, have the spotlight they deserve.”

Jarrett did not elaborate on what prompted the agency to pull back on the campaign. He said the company is proud of the campaign, which it created independently of the bike race and its organizers. While the agency has done some branding work for the race’s organizing group Richmond 2015, Jarrett stressed that the group did not request, endorse or pay for the work, which he described as an in-house “passion project.”