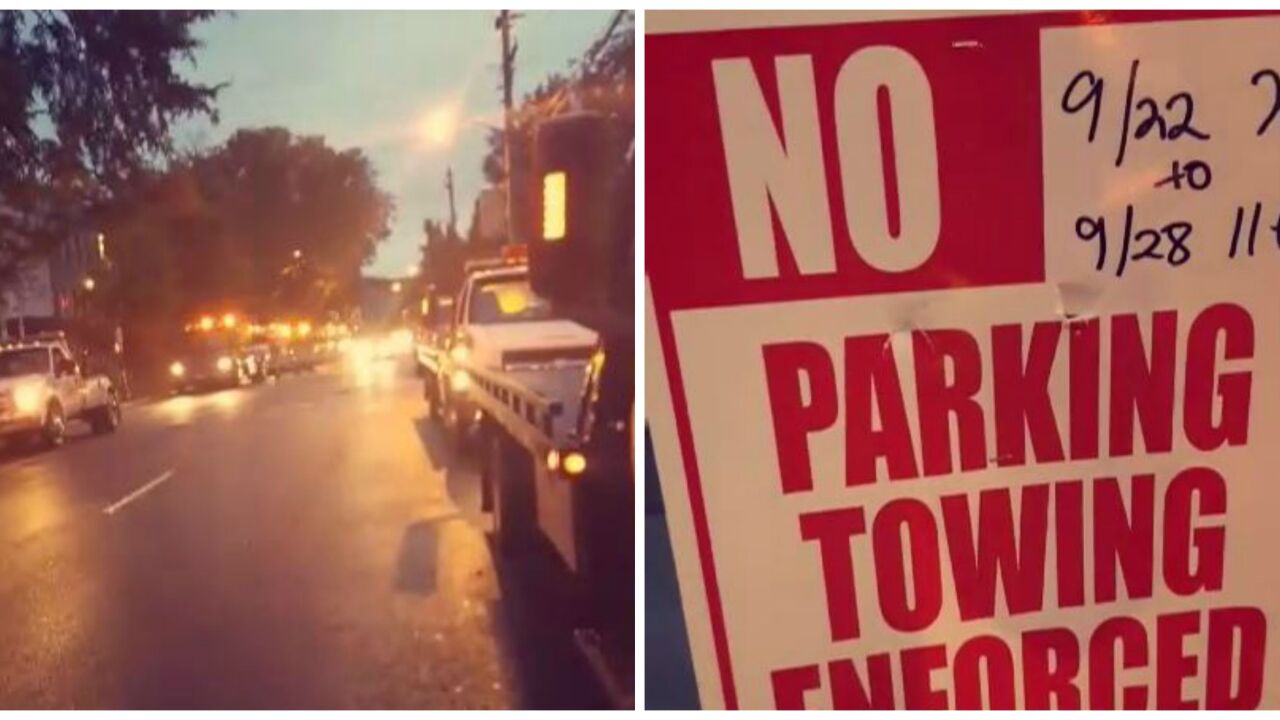 RICHMOND, Va. -- Parking on Richmond streets is currently in a state of flux because of the UCI Road World Championships. Streets where people regularly park have become no parking zone due to the race. But some people have come forward with complaints that cars have been towed illegally.

Evan Kane said his friend posted a video with tow trucks on West Main Street, near the Harrison Street intersection. In the video, signs indicate no parking begins 9/22 at 7 p.m., Monday was 9/21. Richmond Police on the scene said no cars were actually towed. The video showed tow trucks with lights lined up on the street.

Witness Austin Prime said his friend’s car was seconds away from being towed in the 1300 block of West Main Street on Monday night. Prime provided video of signs that indicated no parking began 9/22 at 7 p.m.

When contacted late Monday, Richmond Police reiterated the signs were correct and the towing operation was called off. This is a developing story.