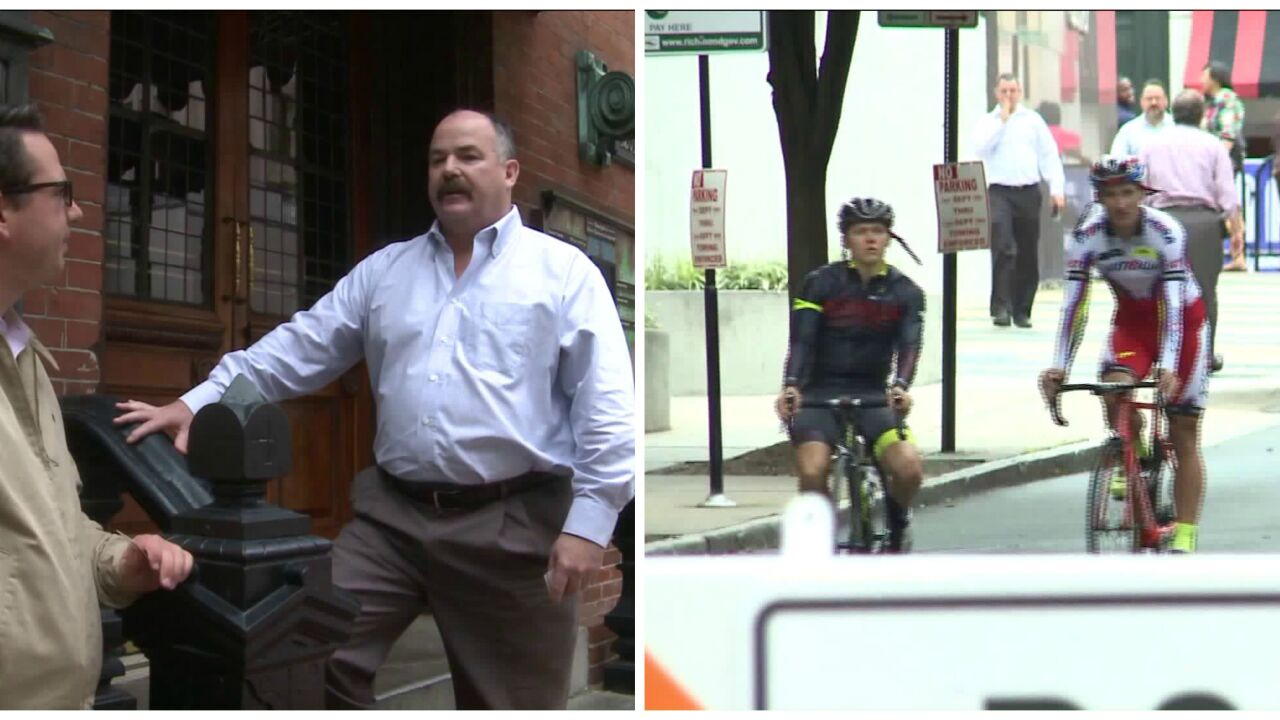 RICHMOND, VA -- Monday was day three of the UCI Road World Championships, but more importantly for commuters, it was the first workday of the race.

A majority of employees in downtown Richmond that CBS 6 spoke to Monday said getting to work was a "breeze."

While there were some roads and ramps that were closed, Mitch Mori said those that planned ahead encountered little obstacles. Police officers also allowed vehicles to cross the race route at designated locations when cyclists were not on the track.

"It wasn't bad most of it started after we got to work," Mori said.

@JoeStGeorge oddly, my commute downtown was easier than normal

@CBS6 No issues! A little more traffic than usually near the downtown exits but not bad. #Richmond2015 @JoeStGeorge

But once they got to work, some businesses said they are struggling to attract customers.

"We are paying a huge price for this economically," said Mike Byrne, Director of Operations at Tobacco Company. He said restaurants are down over 50 percent, suffering from locals avoiding the areas and hotels in the area being empty.

The Tobacco Company is located is Richmond's Shockoe Slip, just outside of Downtown.

CBS 6 confirmed that the Omni Hotel and the Berkley Hotel had rooms available Monday night.

"This is supposed to be the beginning of our fall season and it might as well be a torrential downpour or a snowstorm," Byrne said.