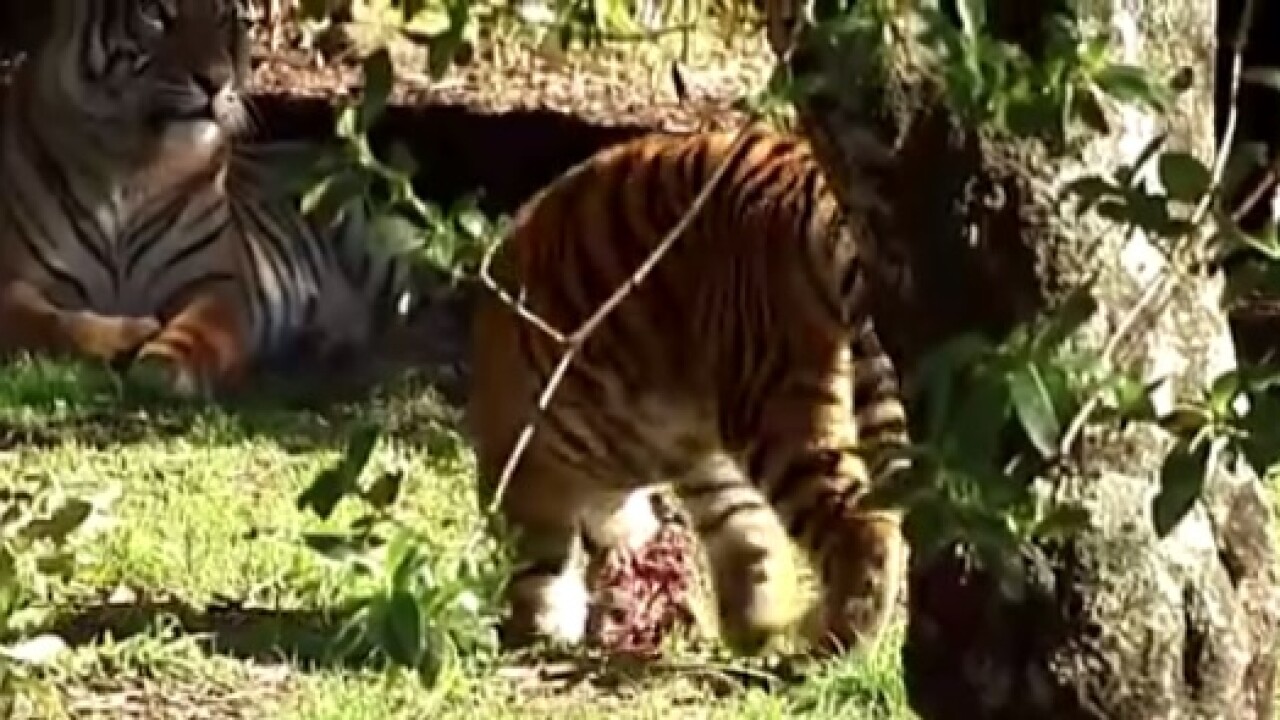 A senior keeper at a New Zealand zoo has died after she was attacked by one of its Sumatran tigers.

The attack by a male tiger named Oz took place Sunday morning at Hamilton Zoo on New Zealand’s North Island, according to a statement posted on the Hamilton City Council website.

The statement didn’t give details on the circumstances of the attack, but it said that the tiger didn’t escape from its enclosure.

“Our focus at this time is on providing the adequate support for our staff and family members who have been affected by this tragic incident,” the statement said.

The government-run zoo will be closed until Thursday while police and other agencies investigate and a blessing of the site is arranged, authorities said.

The woman who was killed was identified as Samantha Kudeweh, the zoo’s curator who was responsible for the management of its animals.

“Samantha, 43, was recognized and respected globally as a talented, passionate and highly knowledgeable conservation and zoo professional whose expertise and understanding of animals was highly sought after by other zoos and captive animal breeding programs,” her family said in a statement Monday on the Hamilton City Council website.

Kudeweh had worked at the city’s zoo for 10 years and was married with two children, the statement said.

Flowers were laid outside the door to the zoo in tribute, CNN affiliate TVNZ reported.

The zoo didn’t say what would happen to Oz, the tiger.

He arrived at Hamilton Zoo from Auckland Zoo in 2013 to be matched up with a female tiger, Sali, who later gave birth to two cubs, according to TVNZ.

Sumatran tigers are a critically endangered subspecies from Indonesia, of which fewer than 400 remain, according to the conservation group WWF.

Hamilton Zoo says it has more than 600 animals, including monkeys, zebras and cheetahs.

TVNZ reported two previous deaths of keepers at animal parks in New Zealand in recent years, one caused by a white tiger in 2009 and the other by an elephant in 2012.