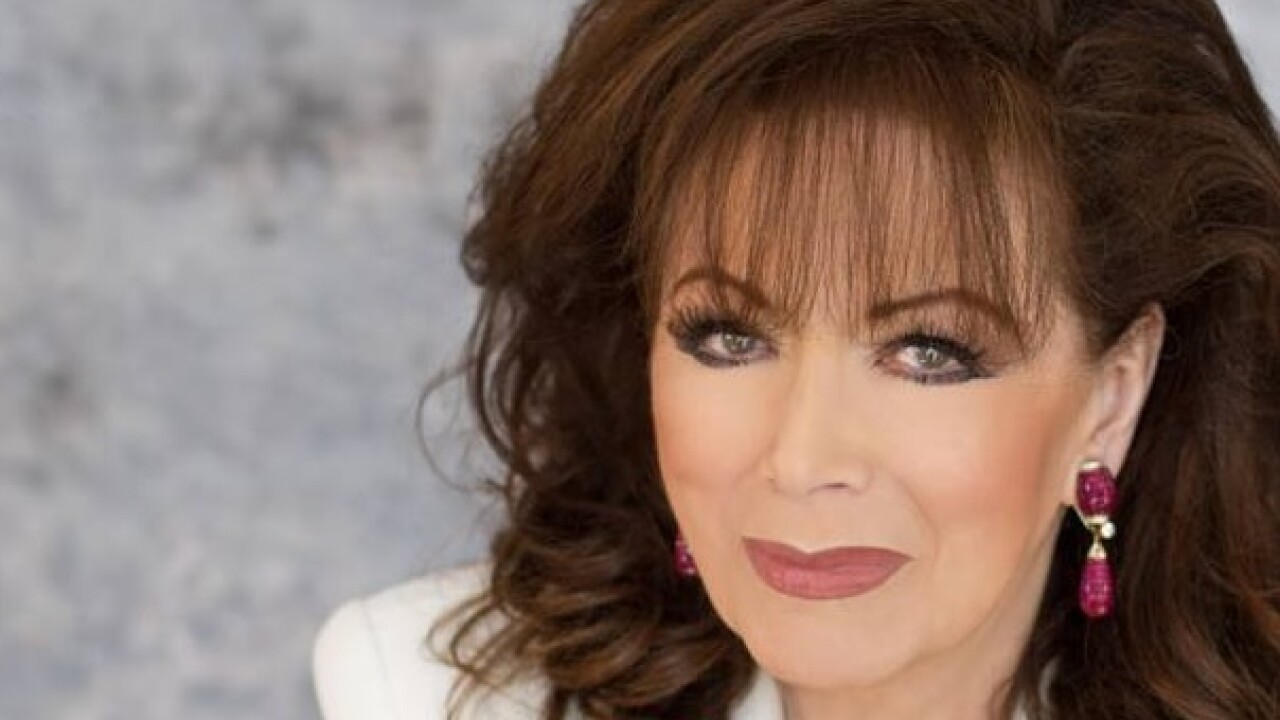 Best-selling author Jackie Collins has died of breast cancer at the age of 77, her publicist Melody Korenbrot told CNN.

Collins was one of the world’s top-selling novelists, according to her website. Her books about the glamorous lives of Hollywood royalty and the super-rich sold more than 500 million copies in more than 40 countries.

Some of her titles were “Hollywood Wives,” “Hollywood Divorces” and “The Stud.” She had 30 New York Times bestsellers.

People magazine reported that Collns was diagnosed with stage 4 breast cancer six-and-a-half years ago and chose to keep the illness private. The magazine said she confided in her three adult daughters, Tracy, Tiffany and Rory.

The Collins family issued a statement, saying, “It is with tremendous sadness that we announce the death of our beautiful, dynamic and one of a kind mother, Jackie Collins, who died of breast cancer today.

“She lived a wonderfully full life and was adored by her family, friends and the millions of readers who she has been entertaining for over 4 decades. She was a true inspiration, a trail blazer for women in fiction and a creative force. She will live on through her characters but we already miss her beyond words.”

Collins told CNN’s Piers Morgan in 2011, “I’m a one-man band. I believe in life being an adventure. I get up every morning, and life is an adventure. I don’t know what I’m going to do except write. So I have a passion for writing.

“And I think in life, if you do what you love to do, it reflects in your whole personality.”

Services will be held privately, according to the family.

SHARE this story with your friends to SPREAD the word on social media.
Copyright 2020 Scripps Media, Inc. All rights reserved. This material may not be published, broadcast, rewritten, or redistributed.