How old is too old to be president? 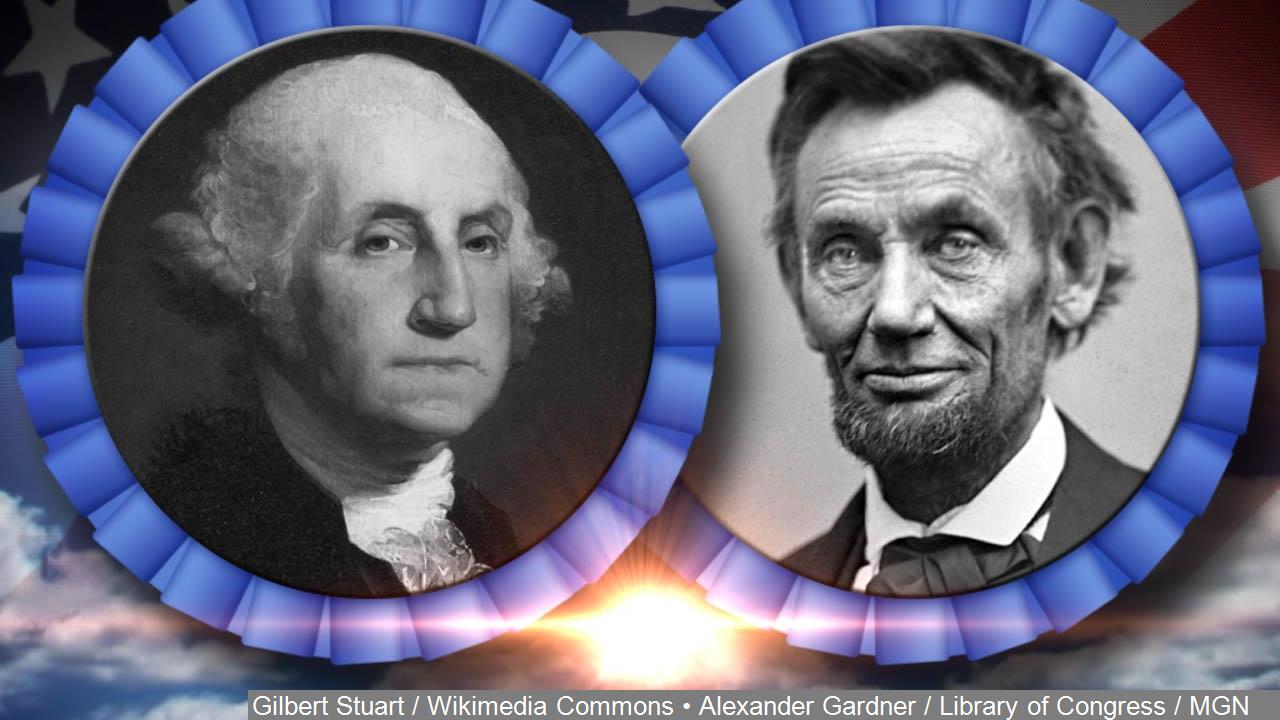 In 1986, when Ronald Reagan turned 75, “Saturday Night Live” Weekend Update anchor Dennis Miller had a bit of fun at the expense of the President, who was elected at age 69.

“I’d like to say a belated happy birthday to the President, who turns 7 … 75? Seventy-five, is that right? Seventy-five, and he has access to the (nuclear football)?” the comedian quipped. “You know, my grandfather is 75. We don’t let him use the remote control for the TV set!”

If Vermont Sen. Bernie Sanders succeeds in his bid for the presidency, he would 75 and would easily eclipse “The Gipper” to become the oldest person ever to be elected president. At 70, Donald Trump, too, would be older than Reagan was on Election Day, along with Jim Webb, who would be 70, and George Pataki, who would be 71. At 69, Hillary Clinton would be just a few months younger than Reagan was.

Meanwhile, three Republican presidential candidates have the chance to become the second-youngest commander-in-chief ever elected: Ted Cruz, Bobby Jindal and Marco Rubio would be 45. They’d be just a couple of years older than John F. Kennedy, who was sworn into office at 43. Teddy Roosevelt was the youngest-ever occupant of the Oval Office, who, at 42, became president after the assassination of William McKinley in 1901.

A person must be at least 35 to be candidate for the highest office in the land, but few would argue that age is among the more critical criteria in the election. Far more important is where the candidates stand on issues such as the economy, illegal immigration and terrorism.

But how much does a candidate’s age matter, if at all?

Age is just a number

“Age is important politically, but it might not be the right way to think,” said CNN contributor Julian Zelizer. “A young person can be ill. An older person can be sharp and totally on top of it.”

Instead, a candidate’s age can be the symbol for voters’ desire for a fresher (younger) voice or a wiser (older) leader.

“Age comes into play consciously or subconsciously,” said Zelizer, a professor of history and public affairs at Princeton University. “Obama benefited from this desire for something new. (Voters think) if you’re young, you won’t be stuck in ‘older’ issues, debates or fights — that you’ll move beyond the status quo. It’s not always correct, but it’s the perception.”

Still, leading up to the 2016 election, Sanders is attracting all the attention of a fresh, energetic voice.

“He is the most senior of the bunch, but he could have the most stamina, physically and intellectually,” Zelizer said of the 74-year-old candidate.

Elizabeth Siyuan Lee, a junior at Middlebury College and the founder of College Students for Bernie, argued in a recent New York Times op-ed that “age becomes meaningless when candidates emphasize the right principles.”

“He has strong student support because he focuses on the issues that young people truly care about,” she wrote of Sanders.

Medically, there’s a difference between being old and feeling old. A 2014 study conducted by researchers and University College London found that people who felt younger than their chronological age actually lived longer than those who felt their age or older.

“What’s more important than chronological age is what we call ‘physiological age,’ ” said Dr. Sanjay Gupta, CNN’s chief medical correspondent. “What is their body really like? You have 90-year-olds with bodies more like 60-year-olds — and quite frankly — even more so vice-versa.”

American life expectancy is at a record high, according to the most recent stats from the Centers for Disease Control and Prevention. American women are now expected to live 81.2 years; men, 76.4 years.

Aging in the White House

Still, it would seem there are few jobs more demanding than carrying the weight of the free world. Upon assessing medical records of presidents dating back to the 1920s, Dr. Michael Roizen of the Cleveland Clinic hypothesized that presidents effectively age two years for every one year in office.

Other researchers have noted that while presidents face a lot of stress, they benefit by being in control of situations, unlike those in lower-status jobs. They’re also likely to be people who thrive when stakes are high and have subordinates to help them navigate hard times, Eileen Crimmins of University of Southern California’s Davis School of Gerontology has said.

Indeed, a December 2011 study concluded that presidents only look like they’re aging faster than the general population.

“This study found no evidence that U.S. presidents die sooner, on average, than other U.S. men,” its author, S. Jay Olshansky, concluded. “To the contrary, 23 of 34 presidents who died of natural causes lived beyond the average life expectancy for men of the same age when they were inaugurated … ”

Olshansky said presidents live longer “because average age at inauguration is 55.1 years, each president first had to survive the most perilous early years of life. Also, all but 10 presidents were college educated, had considerable wealth and had access to the best medical care in their era. Level of completed educated and its related social and economic status correlates have documented power effects on longevity … ”

But what of the rapidly graying hair and premature wrinkles that seem to beset presidents?

It may be something more obvious: U.S. presidents are older when they leave the White House than when they enter it. Many take office in their mid-50s, and it’s a stage in life when external signs of aging tend to become more pronounced in men.

“There is good, strong literature to suggest that stress can lead to accelerated graying of hair,” Olshansky told Health.com in 2011. But “no one dies from gray hair and wrinkles.”

“The public … wants to make sure they’re up for the job,” said CNN presidential historian Douglas Brinkley. “Until recent years, presidents tried to obscure their illnesses. Now, they have to be an open book about their health.”

Brinkley said a full disclosure of medical records would’ve likely meant a different place in the history books for presidents such Abraham Lincoln, who was believed to have had depression; Woodrow Wilson, who had strokes; and Franklin Roosevelt, who had polio. Even youthful Kennedy’s medical records, on file at the Kennedy presidential library in Boston, revealed Addison’s disease, a degenerative bone disease, and a long list of medications that ranged from antibiotics to antihistamines to antispasmodics to, briefly, antipsychotics.

A more recent dialogue on presidential health ignited in January 2011 when Ron Reagan, the son of President Reagan, said he became concerned about his father’s health during a 1984 debate with Walter Mondale — three years into Reagan’s eight-year presidency.

“My heart sank as he floundered his way through his responses, fumbling with his notes, uncharacteristically lost for words,” Ron Reagan wrote in “My Father at 100: A Memoir.” Reagan was diagnosed with Alzheimer’s disease, a progressive, irreversible brain disorder that causes problems with memory, thinking and behavior, in 1994.

Other family members said Reagan showed no signs of Alzheimer’s while in office. Even Ron Reagan wrote “I’ve seen no evidence that my father (or anyone else) was aware of his medical condition while he was in office.” He then questions: “Had the diagnosis been made in, say, 1987, would he have stepped down? I believe he would have.”

The pundits agree: Anybody running for the presidency in 2016 shouldn’t expect privacy when it comes to personal records — in fact, they should aim for transparency.

“In this day and age, the more you say ‘I don’t have any issues’ or refuse to release your records, the more it looks like you’ve got something to hide,” said Zelizer. “Full disclosure is politically the only way to go. There’s no way around it. If you’ve got a problem, you can rest assured someone will uncover it.”

Brinkley advises getting out ahead of the story — even going as far as to call this an opportunity.

“Part of the role of a modern president is to be a public health advocate,” Brinkley said. “People don’t want to find out about it through a reporter. Then it becomes scandalous.

“Be up front, talk candidly and educate the public if there’s a particular issue you struggle with. It humanizes you.”

President Barack Obama did it by opening up about his struggle to quit smoking.

But perhaps it’s Joe Biden — who’s yet to announce a decision about whether he’ll run — who makes the best point of all. Last month, Biden said he was unsure if he has the “emotional fuel” for another presidential bid.

“He showed, in that very high-profile moment, that he was physically in shape,” said Brinkley.

The message: even people in their 70s could be up for the job.